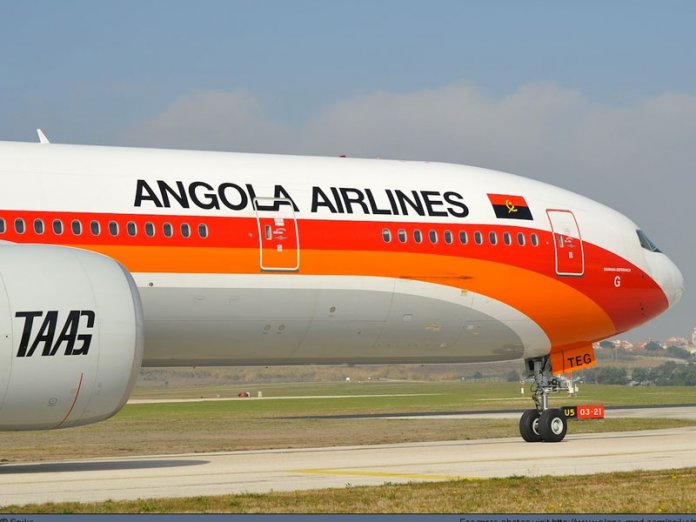 TAAG Angola Airlines has marked its inaugural flight to Lagos, Nigeria, beginning from December 16, 2019.
The flight departs from Luanda to Lagos on Mondays and Fridays at 11:330am and is scheduled to arrive in Lagos at 14:30.

The return flights on the same weekdays will depart from Lagos at 15:30 and are scheduled to arrive in Luanda at 18:30.

The service, which would kick-off with two weekly flights to Lagos, would be operated by a Boeing 737-700 NG, featuring 12 seats in Business Class and 108 seats in Economy Class, totaling 120 available seats per flight. The weekly flights would increase from two to three by early next year, said the airline.
TAAG Angola Airlines CEO, Dr. Rui Teles Carreira said: “We are very excited to be announcing our new service to Lagos – the latest destination added to our network that will further connect African countries and beyond and by which we expect positive results. This route will allow easy connections to and from Johannesburg, Sao Paulo, Lisbon and Porto.

“The new route to the coastal city of Lagos will not only further solidify links between Angola and Nigeria with direct flights between both countries while also fostering connectivity between West and Southern Africa. TAAG Angola Airlines is committed to increasing its presence as well as offering good connections, inside and outside of Africa, looking forward to increasing the number of destinations we already offer our passengers.”

Currently, TAAG Angola Airlines operates a modern fleet with 13 aircraft through its hub in Luanda International Airport, to dozens of domestic and international destinations. Lagos route will strengthen TAAG’s Luanda hub with seamless connection between Lagos and Johannesburg and soon to Cape Town, in the airlines regional route network, while also providing connectivity between Lagos and Sao Paulo, Lisbon, Porto as well as to European codeshare routes, through Luanda.