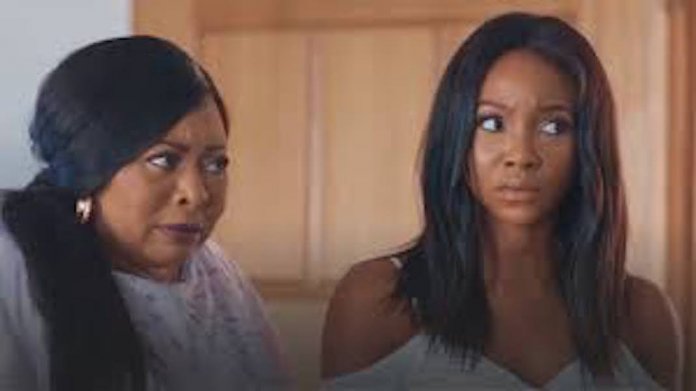 The much anticipated film by creative entrepreneur Emem Ema, ‘Kpali’ will be available in cinemas today.

‘Kpali’ marks the film debut of Ema, who is fondly called Emem. At a private screening, she revealed that the idea of the film was inspired by the notable trend of intellect flight during a dinner conversation with friends.

“We talked about that and why the influx of Nigerians to some certain parts as well as the marital pressure on ladies who have reached a certain age.”

Shot in England and Nigeria, ‘Kpali’ follows the life of a young woman Amaka who has spent most of her life in London until she was at the brink of losing her job but more importantly, losing her visa. In order to get back the things that matter most to her, she has to clinch a deal in Nigeria for her white bosses in 30 days.

Coming back home is not a journey that Amaka played by Ini Dima-Okojie is looking forward to. She has a very bad impression of her home country despite pleas by her parents played by Nkem Owoh and Gloria Anozie-Young, to return home for the sole purpose to settle down.

The trip back home acts as an adventure and a self-discovery for Amaka as she finds herself falling in love with two men.

The romantic comedy is multilayered with themes that address issues faced by young women in the society. From marital pressure to career decisions.

Emem hopes that the film will get Nigerians to think about the realities of where we call home.
“We want people to know that no matter where they call home, there is no place like home like Nigeria.”