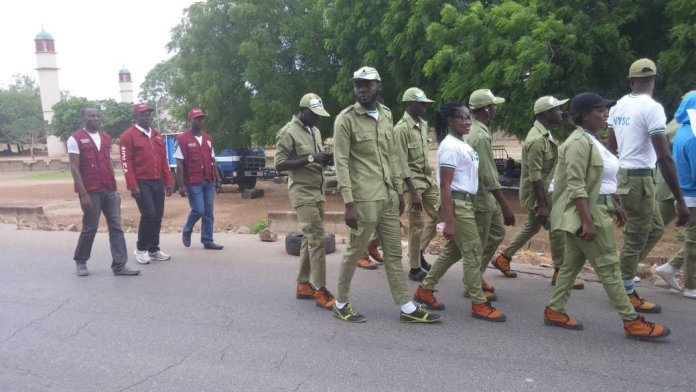 Economic analysts and members of the organised private sector (OPS) have cautioned the federal government not to yield to the quest of the Senate to set up a fund for payment of living stipends to jobless Nigerians until such persons secure employment.

The analysts who spoke in different interviews with THISDAY, argued that considering the fiscal challenge the country is facing currently, such an initiative would place additional burden on the country.

The Senate last week had asked the federal government to initiate a sustainable unemployment fund for the payment of living stipends to unemployed Nigerians until such persons secure employment.
The bill was sponsored by former Deputy Senate President, Ike Ekweremadu.

Ekweremadu, had in a point of order, warned that the large number of graduates that Nigeria’s higher institutions were turning out yearly but who cannot be absorbed by the labour market, is a time bomb waiting to explode.

But in his reaction, a Professor of Finance at the University of Lagos, Dr. Wilifred Iyiegbuniwe, described the proposed payment of living stipends to unemployed Nigerians as a utopian agenda that would plunge the economy into a disaster.

According to Iyiegbuniwe, the proponents of the welfare agenda might have underestimated the number of the unemployed Nigerians, “otherwise they would have known that the project is not feasible because there is no way the country will afford to finance it.”

He stated that Nigerians are not welfare-orientated people but capitalists that needed to be empowered to be able to fend for themselves.

“This resolution, if implemented, will create more indolent citizens. Nigerians are hard working. What they need is the appropriate environment through sound fiscal and monetary policies to unleash their potentials.

“This can be done with the creation of skill acquisition and manpower development centre and match it with enterprise grants that are guaranteed by the government to enable them to start their own enterprises. But care must be exercised to ensure that it is not riddled with corruption.

“Our problem is that we copy things from other countries without studying there long term implications on the economy. We should see the trouble the United States is having with its social welfare scheme like the health insurance and also note that the pressure from welfare programmes is one of the forces propelling the Brexit movement in Great Britain.

“Social welfare scheme will mean more burden on the taxpayers. It can neither be sustained nor yield any economic benefit. It will be another avenue of corruption for politicians to steal more from the public purse only that this time they will be pretending to be helping the common man,” Iyiegbuniwe said.

Similarly, a Professor of Economics at the University of Lagos, Dr. Ndubisi Nwokoma, noted that the federal government is presently faced with serious fiscal challenges, adding that “this proposal will just increase the cost of governance disproportionately and sink the country deeper into debt.”

“The federal government cannot even meet its obligations and sustain it bureaucracy efficiently. Presently, the government’s debt servicing ratio to its revenue is quite high. It is struggling and borrowing to carry on.
“So, if it does not have the money to maintain its bureaucracy, how can it afford the stipends for unemployed Nigerians? Do they know the population of unemployed Nigerians? Do they know how many tertiary and secondary schools graduates that are unemployed, including those that cannot go to school?
“I think that they just want to arouse the emotions of the people by feeding them with false hope just to make them happy,” stated.

On his part, the Director General of Nigeria Employers’ Consultative Association (NECA), Dr. Timothy Olawale, urged the government not to “further burden the already overtaxed private businesses” to fund the social welfare scheme for the teeming unemployed Nigerians.”

Olawale, in a statement that conveyed the NECA’s reaction on the Senate’s resolution, noted that “so far, all the social intervention programmes has been cosmetics and short-term in nature without potential to solve the real issues of unemployment. “Government at all levels must take a more than cursory look at the private sector.

“More deliberate effort should be put in place to support the organised private sector to grow and create employment by ensuring a favourable operating environment. Businesses are currently overburdened with different forms of taxes and levies, inadequate infrastructure and unfriendly regulatory environment. The solution to the teething unemployment scourge of our nation lies in resolving these challenges.”

In his reaction on the matter, a financial consultant and Chief Executive Officer of BIC Consultancy Services Limited, Dr. Boniface Chizea, said inasmuch as it was good to contemplate payment of stipends to the unemployed, the situation in the country today would not encourage such initiative.

He state: “What the country should do for now is to prioritise and jumpstart growth for increased productivity, job opportunities, reduce inflationary spiral and the misery index in the land.”

Chizea also described the Senate’s resolution requesting the fiscal authorities to commence the payment of stipends to the unemployed until they are able to find jobs as “a very humane proposition and is a practice which is common with developed, matured and stable economies of the world, for instance Great Britain. But for such economies, things are a lot more organised and they are able to be intentional as they take such decisions.”

However, he advised the government to, “first take time to do some calculations to find out if it is able to complete it, otherwise you start only to discover that you are not able to and then you become the taunt; laughing stock of bystanders even though no one can argue about how laudable this proposal is.

“We are at a situation where the employed are not getting their salaries regularly, particularly at the sub national tier of government, and resort has been to seek for bailouts. The fiscal authorities would also seem to have won the argument that the problem confronting the nation is not really the rising debt stock but inadequate revenue flow to meet due obligations hence the introduction of the Finance Bill, which was meant to boost revenue flows.”

He, nevertheless, demanded that “this country must rise up to the challenge of rising unemployment, which has accounted for rising social crimes and largely accounted for Nigeria being tagged the poverty capital of the world displacing India that hitherto held the baton.”

However, the immediate past Head, Department of Economics and Management Studies, Afe Babalola University, Ado-Ekiti, Prof. Samuel Igbatayo, welcomed the initiative, saying it was a step in the right direction.

Igbatayo suggested that the issue may be developed as a Social Protection Programme, aimed at mediating poverty and vulnerability, particularly among the youth.

“Often tied to a form of labour in return for monthly stipends, the social protection initiative can transform unemployed youth to become productive members of society. The scheme may embrace skills acquisition and entrepreneurship to nurture future leaders.

“The scheme, in a pilot phase, may support unemployed tertiary education graduates for up to five years, during which they are engaged in a labour activity as well as skills acquisition/entrepreneurship initiative,” he said.
Speaking in the same vein, an Associate Professor, Department of Banking and Finance, Chukwuemeka Odumegwu Ojukwu University, Igbarim Campus, Anambra State, Dr. Jackson Ikeora, viewed the Senate’s resolution as a worthy proposal from the perspective of poverty alleviation scheme.