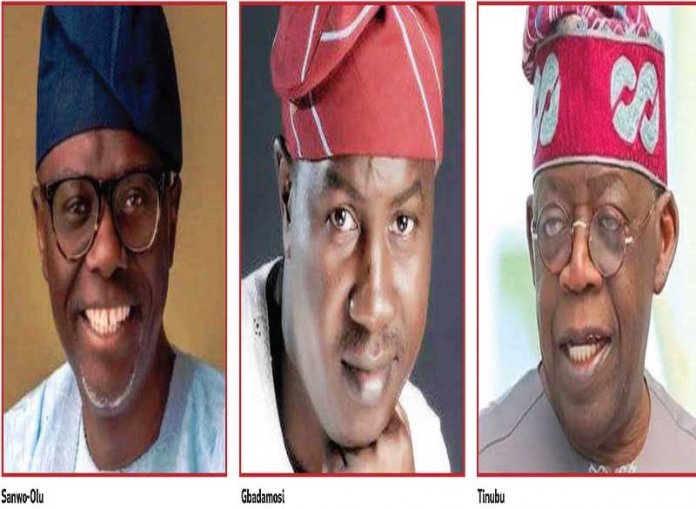 Nseobong Okon-Ekong writes that businessman, Babatunde Gbadamosi who consistently seeks an opportunity to govern Lagos State since 2011 never disappoints with a superlative presentation at public debates, which leaves his opponents trailing and the public cheering. But the rousing welcome from Lagosians have not translated to enough votes to give him the top job

It is close to two decades since Babatunde Gbadamosi took the hint from the government of former President Olusegun Obasanjo to Nigerians living abroad to return home and help build the country. His previous visit in 1995 was traumatising. He spent much of the time on queues at night to make telephone calls to his base in the United Kingdom and more precious time waiting to buy fuel. But in the early 2000s, GSM telephony was in operation in Nigeria and that opened a new world of business possibilities.

Gbadamosi had made loads of money from investment in the boom in Information Technology. That era of prosperity gave economic wings to many Diasporan Nigerian millionaires who built successful careers in other occupation than the traditional profession of Medicine and Law. Aware that the years of affluence would not last forever, Gbadamosi turned his attention to real estate. Initial consideration of locations in America and Spain were rejected following bad signals. An auspicious visit to Nigeria for a wedding revealed afresh the potentials for a good yield in the real estate sector.

He returned to the UK and talked his wife into the strategic decision to close down their business and move to Nigeria, 17 years ago. Nigerian banks and a few architects that he contacted in those early days could not see the changing economic and political climate which was shifting public perception of investment in Nigeria. Because the vision of what he wanted to do was very clear in his mind, he refused to be frustrated and held on to his dream, choosing instead to dispose of his personal assets and pool the income into his new venture. It was a daring move. But with the birth of Amen Estate in Ibeju-Lekki area of Lagos, Babatunde who is from the illustrious Gbadamosi family of Ikorodu has proven that he can walk the talk. He has built from the scratch a gated community where everything works-the buildings have world-class facilities and there is 24-hour electricity and round-the-clock security.

Having made a success of Amen Estate, Gbadamosi thought it was time to project that idea into the larger society. He entered the political market of Lagos State boldly, circulating with only one aim-to become Governor of Lagos State. In the estimation of some, he has moved fast enough, in election years, remaining with which ever political party gives him the gubernatorial flag. Another school of thought posits that he keeps making the fatal mistake of not aligning with the ‘right’ or winning party in Lagos.

Gbadamosi has literally driven competitors to a corner with their back against a wall with superior ideas and a well laid-out plan of how to execute them. Since 2011 when he started contesting the office of governor of Lagos, every election year, Gbadamosi never disappoints. He gives a superlative presentation at public debate, which leaves his opponents trailing and the public cheering. So far, the rousing welcome from Lagosians have not translated to enough votes to give him the top job. In the 2019 governorship election, which he contested on the platform of the Action Democratic Party (ADP), he placed a very distant third, garnering a pittance of 4780 votes, representing 0.49 per cent of the total ballot. It was a very small return, given the high hope raised during the campaigns.

Instead of taking a dive, Gbadamosi has chosen to stay afloat of the politics in Lagos, playing the role of the good guy. He told a gathering of journalists at the beginning of the week. “I will go to my house and relax and applaud the governor if he starts some of the things we want to do, build a 10-lane coastal road, improve the transport infrastructure, instigate a 24-hour economy, start a state-owned airline like our friends in Akwa Iboms State and so forth.” He also threw a challenge at the journalists. “Ask yourselves what kind of state you want to bequeath your children and grand-children. Let that thought guide you every time you write. If I say I am comfortable, what about those around me? The truth is that Lagos can do by far better than it is. If we can get Lagos working, the rest of the country will play catch up.

On the surface, it looks like Gbadamosi wants to be on the forefront of a revolution that seeks to snatch power from the ruling clique in Lagos, which he blames for all the wrongs in the society. “I will never join them. I will never bow to one man controlling everybody and thinking for everybody. I am in business. I do not depend on them for my upkeep.” It was a thinly veiled reference to the ironclad hold of the All Progressives Congress (APC) and its National Leader, Senator Bola Ahmed Tinubu on the governance of Lagos State since 1999.

Gbadamosi said he is willing to pay the price for what it takes to diligently seek a change of government in Lagos through every legitimate means. In anticipation of any attempt to wield the big stick against him or his businesses, he has chosen to stay on the right side of the law by not cutting corners when it comes to his civic obligation in payment of taxes. “I was detained by the DSS sometime ago. They told me I was the most investigated governorship candidate in Lagos.”

Knocking successive APC administrations in Lagos for impoverishing the people. He said, “I pray that they do not take the loan they want to build the Fourth Mainland Bridge. It means many generations of Lagosians will continue to pay the debt. Yet, one man keeps over N4 trillion in cash in his house. The Lagos -Badagry Expressway is a shame to 20 years of civilian governance in Lagos State despite the support received from the Federal Government and partners to redevelop the road. It is a shame to all of us Lagosians that we allow that road to get to such a deplorable state,” he said.

He said that the Lagos State Government could afford and should actually be paying N100,000 as minimum wage, considering the high cost of living in the state. Unlike many who flaunt multiple university degrees, Gbadamosi does not hide the fact that he acquired the experience and knowledge necessary to deal with the potential difficulties of life in an urban environment through practical engagement. Having dropped out of the Lagos State University, he never bothered to go back to school for another season of formal education. His very impressive testimonial is his growing successful business empire. And he thinks he can make Lagos more prosperous, given the chance.

Another school of thought posits that he keeps making the fatal mistake of not aligning with the ‘right’ or winning party in Lagos. Gbadamosi has literally driven competitors to a corner with their back against a wall with superior ideas and a well laid-out plan of how to execute them. Since he started contesting the office of governor of Lagos, every election year, Gbadamosi never disappoints. He gives a superlative presentation at public debate, which leaves his opponents trailing and the public cheering. So far, the rousing welcome from Lagosians have not translated to enough votes