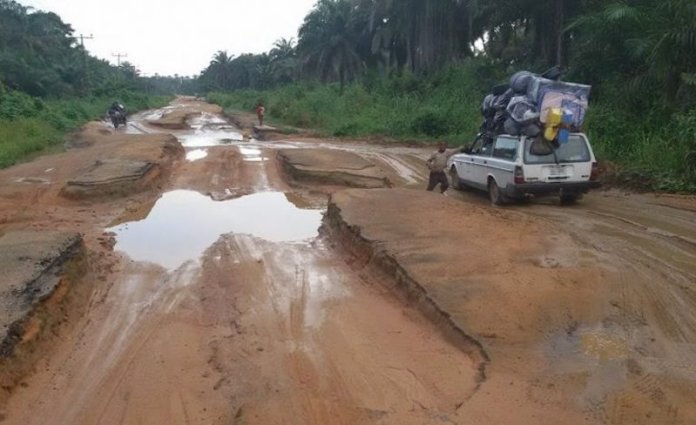 The Senate Tuesday canvassed for the immediate rehabilitation and dualization of Calabar-Itu federal highway in Cross River State.

The Senate resolutions were sequel to the adoption of two motions entitled “The Gridlock on the Calabar-Itu federal highway” and “Urgent need for rehabilitation of Itobe-Ajaokuta road” moved by Senators Sandy Onor and Jibrin Isah respectively at plenary.

Presenting his motion on the deplorable condition of the Calabar-Itu road, Senator Onor expressed concern that if the bad state of the road is not quickly addressed, it may promote poverty and worsen the alarming security situation in the South-south zone.

The Senate after contributions by some senators, who flayed the worsening state of the federal road, urged the federal government to immediately mandate Julius Berger Construction firm to, as a matter of economic emergency, resume the repairs of the highway.

It also urged the government to fund the project in a meaningful manner “as to accelerate commitment on the part of Julius Berger and ensure speedy completion of the project”.

Senator Isah, while presenting his motion on the terrible state of Itobe-Ajaokuta highway, said he was worried that about five kilometres of the road have become so bad that motorists spend two hours plying the portion.

He expressed optimism that immediate palliative measure on the road will provide temporary succour for motorists ahead of the complete reconstruction of the road by the federal government.

Contributing to the motion, Senator Smart Adeyemi said the deplorable condition of federal roads in Kogi State was as a result of the location of the state which shares boundaries with nine states.

According to him, travellers do not want to know that such roads are federal government roads which compelled he Kogi State government to maintain and rehabilitate such major roads.

He called for more refunds from the federal government to the Kogi State government, adding that the N10 billion refunded this year was the outstanding of money spent about three years ago.

Senator Adeyemi said no state apart from Lagos can boast of the heavy traffic crossing Kogi State from nine different states sharing boundaries with Kogi State and therefore called on the federal government to involve private investors in order to ensure that federal roads are motorable.

The Senate thereafter called upon FERMA to commence immediate palliative work on the Itobe-Ajaokuta road.