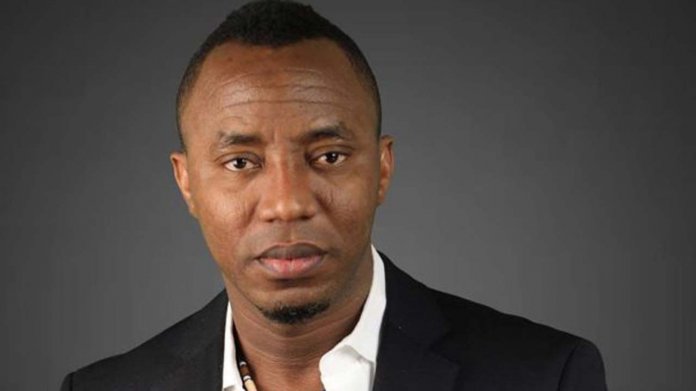 In line with the directive of the Attorney General of the Federation and Minister of Justice, Abubakar Malami (SAN), the Department of State Services (DSS) has forwarded the case file of Omoyele Sowore, who has been in custody after his rearrest on December 6, to the office of the AGF for prosecution.

Malami yesterday said the federal government is guided by extant laws and tradition of the court in handling legal matters and related ligitations, indicating that he could not ask the DSS to release Omoyele Sowore from custody.

The AGF had requested for the transfer of Sowore’s case file to the Ministry of Justice, following the desecration of the temple of justice by the agency in an attempt to re-arrest Sowore in court and the public outcry that trailed the incident.

The move to take over prosecution of the case, according to the AGF was to demonstrate government’s commitment to respect of the rule of law and fundamental rights of citizenry.

However, a source in the office of the AGF, who spoke with THISDAY last night, via a WhatsApp message, confirmed that the DSS has complied with the AGF’s directive.

“There was response in complaince. DSS has complied,” the source said.Sowore alongside Olawale Bakare are standing trial on alleged treasonable felony, money laundering amongst other charges.

Meanwhile, Malami yesterday said the federal government is guided by extant laws and tradition of the court in handling legal matters and related ligitations.

Malami stated this while responding to the media on the claim that a lawyer sent a letter to the AGF requesting for the release of Sowore.

Omoyele Sowore, convener of#RevolutionNow protest and publisher of Sahara Reporters, has been in custody of the Department of State Service since August this year.

He is standing trial on alleged treasonable felony, cybercrime, money laundering among other charges.

Though released on December 5 following an order by Justice Ijeoma Ojukwu of a Federal High Court in Abuja, he was however rearrested by the same DSS within the court premises, an action that has continued to attract wide condemnation.

But reacting to a letter from a lawyer seeking Sowore’s release, the AGF said, “When parties submit their issues for determination to a court of law, they lack exclusivity of decision over such issues without recourse to court”.

Malami, whose position was contained in a statement made available to journalists by his Media aide, Dr. Umar Gwandu, stressed that the government, “remains guided by the established tradition and will not take unilateral decision without recourse to the rule of law”.