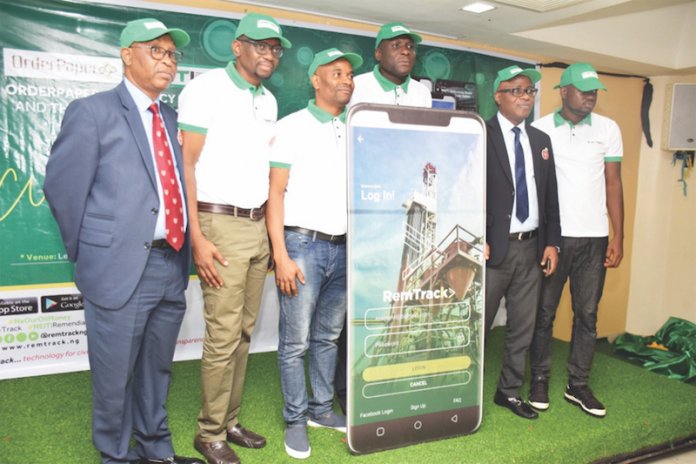 For decades, the extractive sector in Nigeria, especially the oil and gas industry, has been a major concern to Nigerians due to lack of transparency in its operations.

It was notorious for serial default in the fulfilment of obligations by statutory partners and other stakeholders and generally regarded as a cesspool of corruption that is closely shielded from the prying eyes of the public.

The oil and gas sector contends with lingering problems that border on regulatory gaps, corruption, waste and inefficiency, capacity shortfalls, and critical revenue gaps that adversely impact the socio-economic conditions of Nigerians.

Nigeria’s fiscal and economic conditions have worsened in spite of spiraling oil earnings in the last decade before the dip in recent years resulting in inequality, poverty.

However, with the establishment of the Nigeria Extractive Industries Transparency Initiative (NEITI), the secrecy that the sector was hitherto shrouded in has been unravelled by the agency’s annual review and audit reports in activities in the extractive sector.

The agency produces reports, which examine physical, financial, process audits of the oil and gas sector and the monies the extractive companies pay to the government with what government declares it receives.

Since Nigeria signed on to EITI membership, NEITI has carried out respective audit reports focusing on oil, gas and solid minerals. Findings from the reports show that Nigeria in the last 10 years lost at least US$2.6 billion in the sector as a result of corruption.

These audits also highlight remedial issues for reconciliation, which if addressed, will enable citizens enjoy maximum benefits from the rich resource endowments of Nigeria, but unfortunately, attaining closures on these issues prove to be a daunting challenge and exposed a vacuum for advocacy, collaboration and enforcements, where possible.

In recognition of the need to organise, further simplify and scale up engagements around the issue of remediation, OrderPaper conceived the creation of a mobile application to enable and empower stakeholders and interested citizens to effectively track the process, report progress and outcomes through a multi-stakeholder data validation and sharing framework and that effort culminated in what is being known today as RemTrack app.

This was done in collaboration with the Civil Society Steering Committee (CSSC) of NEITI.

The RemTrack app relies heavily on technology as a veritable tool for organising data and stimulating constructive engagement of stakeholders around governance and development.

This approach is the first globally. Nowhere in the world has this innovation been introduced to enhance tracking of remedial issues in the oil and gas sector. It organises issues of remediation into simple easy-to-use data and provides room for interactions and engagements on the go.

It is also a bank where relevant data and updated information on NEITI audit reports, pending remediation issues, progress and outcomes of reconciliation, process of remediation and covered entities can be accessed.

The public unveiling of the RemTrack app took place in Lagos, Nigeria’s commercial capital on Tuesday, December 3, 2019 in an event that attracted stakeholders from the oil and gas industry, government regulatory agencies, civil society players, and media practitioners, among others.

Obviously impressed by the quality of the app, Mr. Waziri Adio, Executive Secretary of NEITI, at the event, disclosed that RemTrack will immensely add value to the work of his organisation and called on citizens of Nigeria to take advantage of the platform for healthy and constructive engagements.

He said while delivering a keynote address before the unveiling of the app, that it was a major milestone in attempts to fix remediation issues arising from his agency’s reports.

He corroborated the claim by the developers of the app that RemTrack has come to simplify the process of tracking issues and implementation of recommendations arising from periodic reports of the agency, and more importantly, to involve all stakeholders, whether players in the sector, journalists, civil society organisations and all citizens, who have mobile devices, in the process of remediation.

“This is a major milestone for the Civil Society Steering Committee but also for us at the level of NEITI and also for the country as other people have mentioned,” he said, adding that “this is something that all Nigerians should take credit for, especially the people who midwifed the process.”

He also added that the app, but is more than just an app because of its quest for transparent and accountable governance of Nigeria’s extractive resources.

“The app is called RemTrack for a reason, it is remediation tracker and as mentioned before, remediation is a critical part of our work. We do three things; we do reporting, which is publishing the audits, we do dissemination because there is no need just publishing so if we do the audits we have to disseminate it to critical stakeholders and beyond that, we so what is known as remediation,” Adio remarked.

Urging Nigerians to engage the app so that its benefits can be unlocked for the overall benefit of the country, he added: “This signifies the quest to leverage on technology to solve problems. It is a very sensible and smart thing to do in the age that we live in. We live in an age that is the age of technology so, if we don’t take advantage of it, we are just shooting ourselves in the leg.”

The executive secretary, however, called for focus on how to fix systematic procedural issues that keep knotty issues from reoccurring and not just fixation on money issues only.

RemTrack app will not only focus on bringing closures to remediation issues, it also provides a platform for engagement of all stakeholders, citizens, journalists and any interested party in making the extractive sector work for the benefit of all Nigerians.

This point was highlighted by Mr. Kolawole Banwo, chairman of the Civil Society Steering Committee of NEITI, at the public presentation of the app.

“RemTrack tool would enhance easy engagement by all and make accurate information readily available for use at any time,” he said.

The mobile application can be deployed to monitoring accruals to the Federation Account from the extractive sector and withdrawals from same, thereby easing the work of agencies responsible for tracking such activities.

This point was buttressed by the representative of Nigeria’s Revenue Mobilisation, Allocation and Fiscal Commission (RMAFC), Mr. Babatunde Odu, at the RemTrack app’s inuaguration

Expressing delight about the RemTrack app because of its potential to aid the commission to effectively carry out its functions, he stated, “The core mandate of my organisation is to monitor accruals into the federation account and disbursement from the same account to the three tiers of government, adding that this is an app that will provide essential information to even ordinary Nigerians on what exactly is going on or being generated in the oil and gas and extractive industries. It will go a long way in enhancing our operations in RMFAC.”

One feature the app does not have is biased information for witch-hunt or deriding of anybody or stakeholder.

It is solely a simplified database for promoting transparency and accountability in order to reposition the extractives for optimal performance.

Executive director of OrderPaper Advocacy Initiative, Mr Oke Epia, captured this aptly when he explained during his opening remarks at the unveiling of the app, “We have not designed it as a tool to deride or witch-hunt anybody or stakeholder. Rather, we are putting in the hands of citizens, a simplified dataset of knowledge and germane information on the state of Nigeria’s extractive industry as contained in the annual audits of NEITI.

“All that we have is all that we have been given by the transparency watchdog and nothing more. This is therefore to assure you that the integrity and sanctity of data contained in the app have met highest possible standards of co-creation and authorisation. We are careful to place in the hands of citizens a verified and validated tool that promises only healthy, factual and evidence-based engagements we all will be happy about at the end of the day.

“Like we have in our ConsTrack mobile app for civic engagements in budget and public projects tracking, the RemTrack app boasts of the highest standards of content verification and validation which have gone through layers of vetting across value chains.”

Like stakeholders have noted, RemTrack can only be as successful as the engagement it receives from its users.

The app, which is available on android and apple mobile phones and other hand-held devices, all offers a new vista for individual and group investigation and calls for action.