Recently, the National Pension Commission (PenCom) held a workshop in Benin City to brainstorm on and address issues in the pension industry. On the front burners was the way forward in the expansion of coverage of the Contributory Pension Scheme (CPS). Amby Uneze reports

It was a gathering of some key journalists including business editors and senior correspondents of major news media houses as well as the civil society recently in Benin City, Edo State, for PenCom’s 2019 Journalists’ Workshop. The one-day event also gave another opportunity for the National Pension Commission to assemble specialists in the pension industry to talk about the operations and new methods of CPS, so that more Nigerians can key into the life-benefiting scheme. A very important aspect of the workshop was the introduction of the new trends in digital data collection of pension contributors as well as the role of social media in reporting pension matters.

As interactive and contributory as the conference was, it also provided a veritable platform for journalists to find answers on some grey areas concerning the pension industry which the PenCom as the nation’s regulatory body on matters of pension scheme were readily available to explain.

In a keynote address by the Acting Director General of PenCom, Hajiya Aisha Dahir-Umar, she expressed satisfaction on the interest journalists have in pension matters, which according to her, clearly underscores their commitments to gain and consolidate requisite knowledge of the pension industry thereby promoting a professional reportage of activities relating to pensions in Nigeria. She was particularly pleased to note that the commission and the media have collaborated effectively over the years to advance public awareness on the tenets of the Contributory Pension Scheme (CPS).

“Distinguished journalists, the Nigerian media continues to exert significant influence in public discourse. It is therefore, in recognition of this critical role that the commission considers it imperative to continually interact and apprise media practitioners with developments in the pension industry, while availing them with further insight on some of the commission’s major activities that are aimed at the overall enhancement of the CPS in Nigeria. I am glad to inform you that we have remained focused on concluding some of the pension industry’s transformational initiatives which the commission has been pursuing,” she noted.

According to Dahiru-Umar, as a prelude to highlighting the topical issues of this workshop, it is appropriate to apprise you of some developments on the implementation of the CPS. As at September 2019, the number of registered contributors under the CPS has grown to 8.85 million while pension fund assets have grown to N9.58 trillion. This growth indeed justifies our emphasis on the safety of pension funds as the bedrock of sustaining the CPS and assures all stakeholders that the pension reform remains steadily on course. These modest milestones notwithstanding, she added, the commission and pension operators were committed to actualising the growth potentials of the pension industry.

“The theme of this workshop; “Expanding Coverage of the Pension Industry” describes the Commission’s current strategic focus, which aims to expand access to pension via the CPS, as a veritable tool for economic development. This aligns with the pension reform objective of old age poverty reduction and improvement in the welfare and general standard of living. The quest to expand coverage of pension is being pursued through some transformational initiatives especially the Micro Pension Plan.

“The sessions at this workshop will therefore commence with a presentation on the Micro Pension Plan (MPP). As you are aware, the MPP, which was launched in March, 2019 by His Excellency, President Muhammadu Buhari, is targeted at the informal sector and self-employed who are not mandatorily covered under the CPS. It is noteworthy that the MPP was designed with significant flexibility in recognition of the peculiarities of the targeted population. It is our expectation that the media practitioners would utilise the opportunity of this workshop to understand the essence and workings of the Micro Pension Plan and amplify same in their reportage for the overall benefit of Nigerians.

“There would also be a presentation on the Enhanced Contributor Registration System (ECRS). The ECRS is an in-house developed ICT application, which was deployed in June 2019 to enhance the integrity of the contributors’ database. It has also been integrated with the National Identity Management Commission (NIMC) database to help authenticate the uniqueness of individuals seeking to register under the CPS. The ECRS provides a platform for the registration of Micro Pension Plan Participants and is a major step towards the introduction of the transfer window, which will enable contributors change to the PFAs of their choice, in line with Section 13 of the Pension Reform Act (PRA) 2014.

“The sessions would be rounded off with a thought-provoking presentation on the role of social media in business and financial reporting. This topic is particularly pertinent given the increasing role of social media as a tool of mass information dissemination. The rising influence of social media in Nigeria is not without its challenges especially the proliferation of unverified non-factual news platforms that often churn out content which results in untoward consequences. The session should, therefore, stimulate a robust discussion on new media best practices and the essence of adequate due diligence prior to amplifying social media news items. This is more important in reportage on pension issues given its sensitivity especially to retirees. The commission would continue to provide necessary clarifications to you whenever required in order to ensure that pension matters are factually reported”, Dahir-Umar stated.

In a paper titled “Driving micro pension’s growth in Nigeria”, Mr. Abisola Onigbogi of ARM Pensions said the United Nations has estimated that by 2050 about two billion of the world’s population will be over 60 years old, and 80 percent of this part of the world population will be living in developing countries.

He noted that ageing therefore presents significant challenges for governments around the world and with an estimated 1.4 billion of the world’s population expected to be over 60 years by 2030, primarily driven by developing countries, there is likely to be increased governmental spending on the provision of health care and other age-related requirements.

Onigbogi maintained that with this expected growth in the number of people either retired or close to retirement, providing an adequate pension system in each country is becoming extremely important, adding “It is even more pertinent due to rising government pension deficits, volatile economic conditions and rising life expectancies.”

On compliance with the CPS, Head, States Operations Department of PenCom, Mr. Babatunde O. Phillips, said adoption of the CPS by states was done by the National Council of States at its meeting in July 2006 where it unanimously adopted the Contributory Pension Scheme (CPS) for states and local governments of the federation.

It stated that all states of the federation were required to enact their various laws on the CPS and so far, 25 states have enacted pension laws on CPS, nine states and the FCT have commenced implementation and remitting both employer and employee pension contributions, five States have employees retiring under the CPS and drawing pensions, four states have enacted laws on the DBS, while one maintained DBS and seven states are at the bill stage.

He observed that enactment of law on CPS by states had been facing some challenges. The right of states to enact their own pension laws (pension not on FG exclusive list) had been a clog in the wheel of progress as some states delay in enactment of their laws and/or enacts laws at variance with PRA 2014 and CPS principles 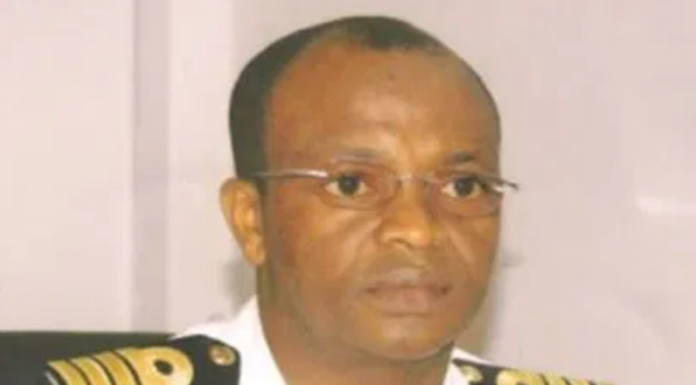