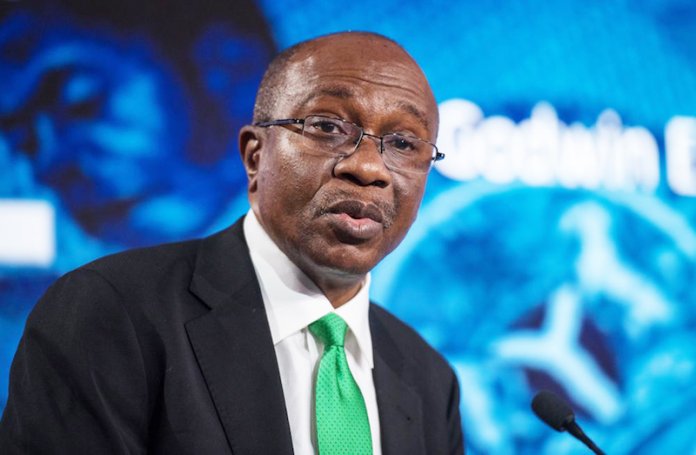 As part of efforts to enhance financial inclusion in the country, the Central Bank of Nigeria (CBN) and banks, under the aegis of the Bankers’ Committee, have concluded plans to simplify the requirements for the Bank Verification Number (BVN) for certain types of transactions.

The retreat had the theme, “Delivering Inclusive Growth: Leveraging Digital Finance”.
A BVN is a biometric identification system implemented by the CBN to curb illegal banking transactions in Nigeria. It is a security measure aimed at reducing fraud in the banking system.

The new move would result in the creation of what the CBN Governor described as “BVN Lite,” which would require fewer information to enrol customers that hitherto were excluded because of certain stringent requirements.
However, under the BVN Lite, Emefiele pointed out that the amount of transactions to be carried out by such persons would be limited.

He said, “BVN as it is today, we have close to 40 million people enrolled on the platform. We think that because of the benefits of the BVN today to bank customers and, indeed, to the economy, there is need to move to what is called BVN 2.0.

“What it entails is to reclassify and segregate transactions that can be held by BVN. For instance, we have two classifications. The existence BVN requirement that we have in the system has almost about 18 lines of information that are required, and where your 10 prints and fingers are taken to ensure that all transactions that you take are within the banking system.

“We have decided to classify that as BVN classic and BVN premium. But we agreed that there should also be a system where people who are today financially excluded can now be financially included. Here, we are talking about creating another segment called BVN Lite.

“Here, minimal information about the person will be held. What is means is that if you are classified a BVN Lite, then there is a limit to the kind of transactions you can conduct in the banking sector, maybe in terms of deposit or loans.”
Emefiele stressed that the focus was to ensure that more persons, especially the rural dwellers, were financially included and able to conduct basic banking services.

“For our brethren in local communities, we think that by being allocated the BVN Lite, they would be automatically migrated into the banking system,” he stated. “Some of our brethren that are doing the Anchor Borrowers’ Programme or the Social Investment Programme, we believe we can use the BVN Lite as an arrangement, so that everybody can be financially included and can conduct banking transactions. What is important is that we can have a view of total number of people in the financially included,” he added.

He said members of the Bankers’ Committee also discussed the need for banks to continue to invest in tools that would prevent the financial system from cyber attacks.

“The committee also discussed the need to digitise the tax collection system. That is where the world is going to and we need to embrace it,” the CBN governor said.

Commenting on the move by the Bankers’ Committee to revamp the National Theatre at Lagos, Emefiele said the committee had gotten a presidential approval to give the facility a facelift. He disclosed that repair work at the National Theatre would commence next month, just as he assured workers that their jobs would not be affected.

Emefiele put the estimated amount to be spent on renovation of the National Theatre at N25 billion, saying the committee would thereafter intervene at the national theatres in Kano, Rivers and Enugu states.

According to him, “We are just trying to redevelop the National Theatre and build around it, these four hubs – IT, fashion, music and Nollywood – that would help create economic activities around the National Art Theatre, and then present it as an opportunity to create jobs for people, particularly our youths.

“We must create jobs for our youths. A larger number of our people are youths and if they are jobless, how can they live a life? These people have certain innate skills endowed by God. What we just trying to say is for them to unleash these skills.”