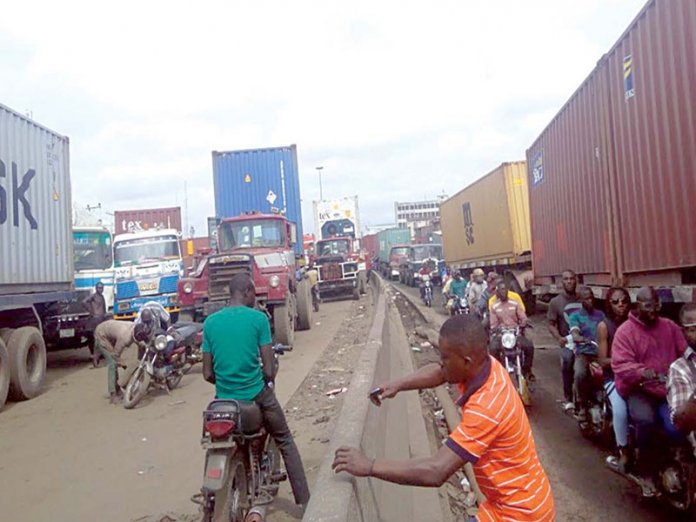 Transportation is a vital component of human activity and the sector’s contribution to the economy can be measured by its contribution to gross domestic product (GDP). GDP is an economic measure of all goods and services produced and consumed in the country. GDP can be measured from three different approaches, which include: expenditure, production (known as value-added), and income.

The story is, however, different in many developing countries as inadequate transport facilities constitute huge challenge to economic growth. In developed economies, the transport sector is a key driver to economic development and strong revenue.

Studies have revealed that developing societies have not sufficiently tapped into the potential of the transport sector as a result it is not fully maximised in those regions.
The Nigeria’s transport sector has long suffered as a result of inadequate investment in infrastructure, thereby prompting the federal government to push for the rehabilitation and expansion of the country’s entire transport network.

In the last seven years, Apapa metropolis, which houses the two major economic gateways, Apapa and Tin-Can Island Seaports, have been a shadow of itself largely due to the persistent traffic gridlock within the metropolis, resulting from the nation’s failed transport system.

The gridlock problem, which port users, residents and businesses in Apapa are, facing today, is largely due to Nigeria’s overdependence on road transportation as well as the failure to develop more transport infrastructure and to connect various transport modes.

Recently, the United Nations Conference on Trade and Development (UNCTAD) scored Nigeria ‘very low’ due to lack of connectivity of its major transportation modes including the rail, pipeline, air, water and road transport.

The situation, which results from poor transport infrastructure to link the hinterlands to the urban markets, has largely affected the cost and ease of doing business in Nigeria, as Nigerians continue to pay dearly to move both raw materials and finished products to the markets where they are needed. This was why Nigeria also ranks low in the World Bank Ease of Doing Business ranking.

Apart from the low ranking, manufacturers and other key actors in the Nigerian economy are presently bearing the brunt of poor transport infrastructure across the nation’s supply chain as 46 per cent of their production cost now goes to the transportation component of the manufacturing business.
As a result, Nigerian manufacturers cannot compete with their counterparts in China and even in Benin Republic and Ghana due to lack of effective and modern transport system.

This shows that existence of transport infrastructure and effective connection of different transportation modes brings down cost of doing business, because if Nigeria has good roads and railway, the manufacturers will have competitive advantage over other countries.

CIoTA Proffers Solution
Worried by this, the Chartered Institute of Transport Administration (CIoTA) organised a three-day national transportation summit in Abuja themed: “Unlocking the Potential of Transportation for Sustainable Development.” The summit, the organisers said, was with the aim of finding sustainable solution to the challenges facing the nation’s transport system.

Speaking at the summit, Executive Secretary of the Nigerian Shippers’ Council (NSC), Hassan Bello, who was the keynote speaker, said it cost hundreds of thousands to hire a truck to move one by 20-foot container from Lagos to Kaduna by road, but less to move same by rail.

According to him, “There is massive distortion in the transport system, which is eating up the economy and for a country that wants to diversify its economy, it cannot work. Our problem lies in using one mode of transportation all the time without making use of alternatives.”

Specifically, he said Nigeria must put transport policy in place to ensure that certain percentage of goods must be carried through different transport modes including inland waterways, road, and pipeline while a majority must be moved by rail.

“If we have the pipeline, tankers would not be going to Apapa because pipelines are means of transport. Connecting pipeline, inland waterways, railway and air transportation are critical. With such connection in place, the seaport would be linked with River Ports such as Baro and Inland Dry Port in Kaduna,” he said.

Using the traffic problem in Apapa and Tin-Can Ports as example, he said that the ports were built with the capacity to handle about 24 million metric tons of cargo, but presently, handle over 89 million metric tons, which are now overstretched.

Bello added that linking the ports with rail and pipelines would bridge the existing transportation gaps in cargo delays and address the perennial traffic in Apapa area of Lagos.
“The whole of Apapa should be handed over to the Nigerian Ports Authority (NPA) as a way of restoring sanity in Apapa. The NPA should have the sole right to determine who does or builds what within the port environment,” he recommended.

Also speaking, an economist, Prof Pat Utomi identified weak property right as one of the biggest threat to inflow of capital and foreign direct investment (FDI) into Nigeria’s economy.
Nigeria, according to him, is presently losing relevance to smaller African countries due to lack of efficient transport infrastructures.

Utomi said that investors do not go to countries where property rights are threatened adding that, “In Nigeria, Governors are revoking Certificates of Occupancy (C of O) approved by their predecessors. We are talking of properties that people have invested billions of Naira to build.”

“Africa will not make the progress that it destined to make unless Nigeria leads the flying geese. What transformed South-East Asia economy? It was Singapore that began to get it right, and others looked across the border, and joined in the development stride. Before you knew it, Malaysia, Thailand and others had their economy transformed,” he said.

Utomi, who noted that Nigeria is central to African development, said it was unfortunate that Nigeria has not done something right in the transport sector such that small countries are beginning to lead the way on the continent.

Addis Ababa Example
Citing example, he said he recently visited Addis Ababa, and saw that they have functional light rail there and that the road network in Addis Ababa is flourishing beyond imagination.

Noting the strategic role of logistics in economic development, Utomi said: “China’s dramatic rise was due to the fact that they were able to turnaround their logistics sector. We need to see a lot of investment to come to Nigeria’s transport infrastructure,” he suggested.

Also speaking at the summit, a former Minister of Interior, Emmanuel Iheanacho blamed the problems in Apapa port on lack of adequate transport infrastructure to handle the volume of cargoes coming to the port.

“On Creek Road in Apapa there are numerous obsolete buildings that the government could buy, demolish and convert those areas into marshalling areas for cargoes. What we advocate is dynamism,” the former minister said.

According to him, Apapa problem has gone beyond deploying the military to clear the roads, because Apapa requires expansion and redesigning of the port infrastructure and access roads to the hinterland in line with the volume of trade.

Nigeria, he stated, is a nation that had to improve transport infrastructure to meet the four per cent annual increase in world trade volume, which has also affected Nigerian economy.

Iheanacho, stated that the shipping industry has played a significant role in taking millions of people out of poverty around the world. Therefore, he urged the Nigerian government to invest more in infrastructure in order to create wealth and allow the citizens feel the impact of the enormous opportunities in shipping via poor infrastructure.

To address the problems, President of CIoTA, Bashir Jamoh, stated that the Institute has decided to professionalise all aspects of transportation industry in Nigeria for sustainable development.
The institute, according to him, plans to engage some graduate youths already mobilised for the National Youth Service Corp (NYSC) as transport administration volunteers.

The volunteer group, he said, will work with other relevant government agencies like Federal Road Safety Corp (FRSC) in carrying out its activities of ensuring ease of movement of goods and passengers on Nigerians.

Jamoh, who stated that CIoTA would conduct research, aimed at finding sustainable solutions to most of the transport challenges in-country, pointed out that the recent assent of CIoTA bill into law by President Muhammadu Buhari, said the law recognises the institute as the sole professional body in the transport industry.

“CIoTA will engage all stakeholders to ensure professionalism among transport administrators in Nigeria, ”he added.

Jamoh further stated that CIoTA holds the answer to several of Nigeria’s lingering transport issues since it is organised, devoid of unhealthy rivalry and not having any distraction like leadership tussles.

Nigeria, he said, is in the era of diversification of national revenue sources and the transport sector is supportive of other businesses including creation of much needed employments.