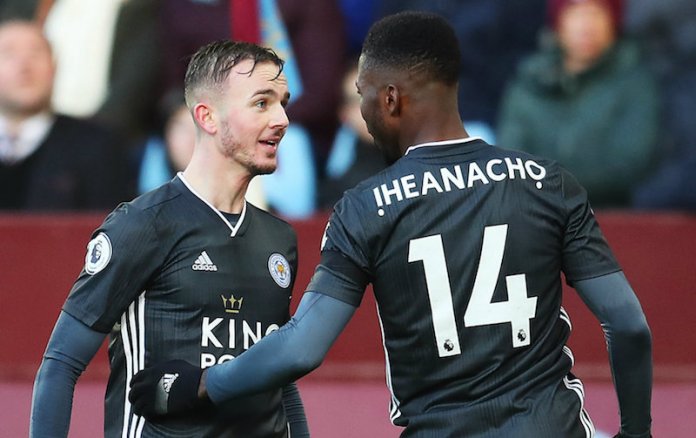 Leicester City manager Brendan Rodgers believes Kelechi Iheanacho is now settling in at the King Power Stadium despite having already spent more than two seasons at the club.

The 23-year-old striker joined the Foxes in the summer of 2017 from Manchester City but has since struggled to establish himself in the squad, owing to inconsistent form.

This season, the Nigeria international has been restricted to four appearances across all competitions but has impressed in the few outings he was afforded.

Iheanacho, who has four goals this term, produced an outstanding display for the Foxes in their 4-1 victory against Aston Villa on Sunday, scoring and providing the assist for Jamie Vardy’s opener.

The former Celtic boss has lauded the performance of the Super Eagles star and urged him to keep working hard.

“I thought he was great. He played the role how we wanted him to play. He creates Jamie’s first goal, gets the second one with a good finish,” Rodgers told Leicester Mercury.

“I just think with Kels now that he’s settling in to being a Leicester City player. He’s come in and he was playing second fiddle to Jamie without many appearances.

“Probably before when he’s come into games… When you’re not playing so much, sometimes can you force it. You come and try to force the performance.

“All I said to him was just work hard in training, that’s all you can do. Don’t worry about being picked or not, that’s the manager’s choice.

“But as long as you’re working hard and giving me something to think about, then that’s all you can do. He’s been first class in his training.

“You saw him in the cup games, he comes in and he scores. He did it at Everton, came on and made a great impact. It’s just a case of him coming in with confidence. I thought he was very good [against Aston Villa], his hold-up play, his link-up with the midfield. He was excellent.

“With any player, if their confidence is low, they don’t play so well. Every single player has confidence. For him, you can see his level is at a nice high level. He just needs to keep working, that’s the key to it.”

Iheanacho will hope to play a part when Leicester take on Norwich City in their next Premier League game on Saturday.