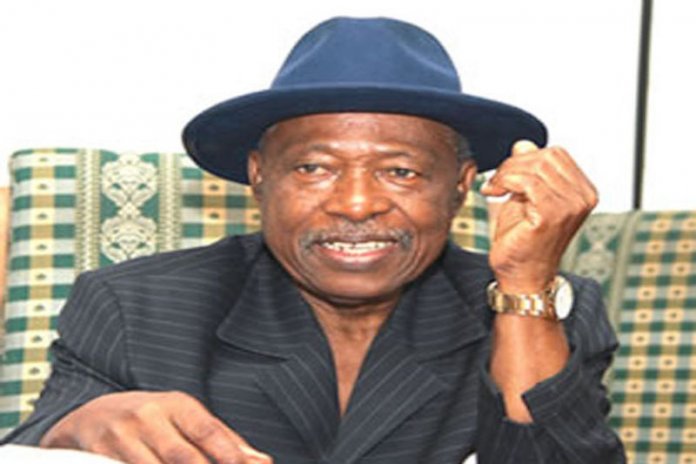 Amuka-Pemu, who was part of a delegation that intervened for Sowore, told a gathering in Abuja that their intervention was to secure the release of Sowore.
He spoke against the backdrop of false reports that the publishers had tried to negotiate with Sowore to stop attacking the federal government as a precondition for his release.

But Amuka-Pemu said at the presentation of a book, “The Big Interviews,” written by former Managing Director, Sun Newspapers, Mr. Eric Osagie, that he visited the DSS in company of the life patron of Newspapers Proprietors’ Association of Nigeria (NPAN), Mallam Ismaila Isa Funtua and other publishers.
He added that the visit was not to persuade Sowore to stop attacking the government but to make the DSS understand the implication of their actions.

He stated that the delegation told DSS that the continued detention of Sowore was not good for government nor in the national interest and urged the DSS to release him.
He said: “Some of you might have heard on this Sowore’s matter, I was among the persons that went to DSS.

“What was published online that you saw and heard is the opposite of what actually happened. Indeed, we went to the DSS but it was to tell the DSS to release Sowore because we believed that keeping him was not good for the government.

“It was not to negotiate with Sowore to come to terms with the government.”
He described the current situation in the country as a new era of life.
Amuka-Pemu also spoke on the Hate Speech Bill, saying the death sentence recommendation is not the answer to fake news as enough provision has been provided by the constitution.

“I do not think that death sentence is the answer to fake news. I do not think that we need legislations against fake news and fake news peddlers,” he said.
The Vanguard publisher added: “Our constitution has stated what you should do. You can sue. The person standing, talking with you now, I am currently a victim of fake news.

“We are in a new era not only of journalism but of life. For instance, many of you may not have known what Nigeria was when Nigeria got independence. We are now in the digital age and this book is being launched; therefore, it has some significance.”

He explained that in the digital age, anything could go, adding that anybody who could tweet or say anything in the social media now called themselves journalists.
Consequently, he said journalists needed to work harder to entrench professionalism to ward off the emerging invasion of the profession by quacks.

According to him, “We all suffer from fake news and issues raised around them. So when you get a book like this which teaches people in the profession on how to behave, what to do, I think those who are practising the profession need to pay attention.

“For instance, in this era of fake news, many issues arise and we need to be careful. One of the issues we are facing right now in the country is fake news and what it implies and what to do about it.
“And I ask, what is fake news? Who defines fake news? If somebody criticises you maliciously, and you are in power and you have some authority, you can now say that is fake news and you can go everywhere.
“This is where some of the things we practice as journalists become important.”