Chairman of the Senate committee on NDDC, Senator Peter Nwaoboshi, and the Minister of Niger Delta Affairs, Senator Godswill Akpabio, yesterday traded blames over corruption allegations in the operations of the Niger Delta Development Commission (NDDC).

They also disagreed over the delay in the inauguration of the 15-man NDDC Board confirmed last month by the upper legislative chamber.

Nwaoboshi, in a response to allegation of having been placed on a monthly consultancy salary of N1billion by the NDDC, challenged the Commission’s Interim Management Committee (IMC) to publish facts, if any, to substantiate the allegations.

Acting Managing Director of the NDDC, Dr. Gbene Joi Nunieh, had said recently that the Commission has suspended the monthly payment of N1billion to a consultant that collects money from International Oil Companies (IOCs), on its behalf.

She had alleged that “We have a consulting firm engaged as a collection agent. We have another company that also collects three per cent whenever money is paid by the International Oil Companies, IOCs.”

Senator Nwaoboshi while speaking to reporters on the issue through his Special Adviser on Legislative Matters, Luka Igbonoba, asked the IMC to publish the facts of any such consultancy arrangements as well as the details of the company involved.

“Senator Nwaoboshi is challenging the IMC that if such a thing exists they should publish it. If they have the facts and records to back their claims that Senator Nwaoboshi or a company linked to him is being paid N1billion consultancy fee every month by the NDDC, let them avail the public with the records.

“What are you hiding? Let’s know who the consultant is or who owns the company. I can tell you that everything they are doing is about protection of self interest. Everything Akpabio cannot get he tries to destroy,” the Senator said.

He also accused Akpabio of frustrating the inauguration of the new NDDC board members already confirmed by the Senate by President Muhammadu Buhari.

Nwaoboshi called on the minister to explain to Nigerians how the $91million and N6billion that was in the agencies coffers as at the time it was brought under the supervision of his ministry was utilised.

He also described claims by members of the IMC that 1,000 contracts were awarded to a Senator by the NDDC as pure lies.

“How many contracts do the NDDC award in a year that they will give 1,000 contracts to one Senator,” the Senator queried.

According to him, the refusal of the Senate Committee on NDDC to accede to Akpabio’s overtures not to confirm the NDDC board nominees resulted in the ongoing campaign of calumny against the committee by members of the IMC.

“The IMC wanted to perpetuate themselves in power. They lobbied the committee and its chairman as well as the Senate that the new board members should not be screened. But they refused.

“The truth is that if this country must survive we must adhere to international best practices and the rule of law in the way we do things. This is the reason for the campaign of calumny against Senator Nwaoboshi. They are now accusing him wildly of things unfathomable,” he said.

He said the claim that the agency did not have budgets for 2017 and 2018 were untrue because records show that the Commission approved budgets for the two years.

“The annual budget for the Ministry of Niger Delta Affairs is just about N23billion but Akpabio is looking for an elephant and he felt that that elephant lives in NDDC,” he said.

On his part, Akpabio has explained that as Minister of Niger Delta Affairs, he only supervises NDDC adding that he neither runs the commission nor award any contract.

A statement by Chief Press Secretary to the Minister of Niger Delta Affairs, Aniete Ekong, emphasised that “It is President Buhari who approved the setting up of the Interim Management Committee of the NDDC to supervise the forensic audit of the commission so that the incoming board will begin on a clean slate.”

“The exposition of phantom contracts and consultancies which have shortchanged the people of the Niger Delta justifies the forensic audit of the commission.

Those who have engaged in the wanton looting of NDDC over the years are the ones sponsoring smear campaigns and wild allegations against Senator Akpabio because of the forensic audit ordered by President Muhammadu Buhari,” Ekong explained.

According to him, “They are scared that that the forensic audit will expose those who have collected multiple contracts from NDDC, collect full payment without moving to the site of the job. But the forensic audit is not about Senator Akpabio. It is about the resolve of the President to get things right and fast track the development of the Niger Delta region. So it cannot be business as usual.”

On the delay in the inauguration of the NDDC Board, the minister explained that “there are many issues with the composition of the board which are being looked into.

“For instance, the NDDC Act clearly stipulates that the Office of the Chairman of the Board will rotate among the States in alphabetical order. Consequently, after Cross River had produced the last Chairman in the person of Senator Victor Ndoma-Egba, Delta State should produce the next Chairman otherwise it will be a breach of the Act.” 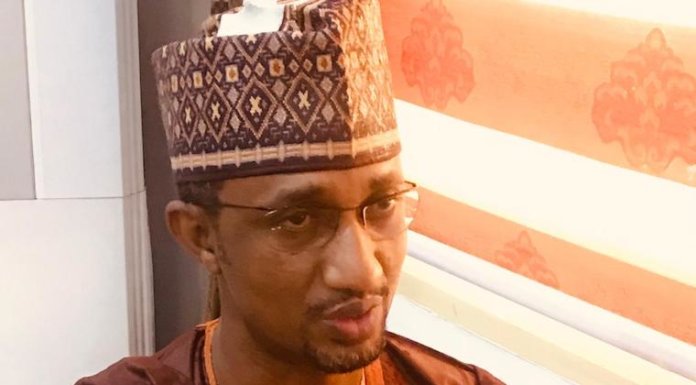