In view of the many and emerging security threats confronting the country, the federal government has adopted a multi-pronged defence strategy to curb the trend as against relying solely on the armed forces to tackle such challenges.

It has also activated the process of strengthening and repositioning the military into a credible defence force in view of the increasing frequency of asymmetric threats posed by terrorist groups, Boko Haram and the Islamic State for West African Province (ISWAP).

In the new National Security Strategy (NSS) launched Wednesday, government is also seeking to strengthen border security which it said was critical to addressing the threat of terrorism and transnational organised crime.

Part of the document sighted by THISDAY showed that government would, in the next five years, train its sights on mobilising all instruments of national power in a way that would reflect what it described as a “people-centric” national security strategy as against a “state-centric” one.

“The defence of the people and territory of Nigeria from both external aggression and internal insurrection is a statutory function of the Armed Forces Nigeria (AFN). Over the years, the AFN has patriotically discharged this onerous responsibility to underscore the imperative of a strong military as the bedrock of national defence.
“However, due to the increasing frequency of asymmetric threats to national defence, security is no longer the exclusive preserve of the military,” it said.

The NSS launched by President Mohammadu Buhari stated: “Going forward, all national defence efforts will accommodate mandatory mobilisation and application of all instruments of national power, in a comprehensive and coordinated whole-of-nation approach.

“Our shift in approach to national defence requires concomitant consolidation of the attitudes, capacities, concepts of operation as well as conduct and application of the AFN to national defence in diverse ways. Our strategic response rests on three layers of defence crisis management namely constructive engagement, application of soft power and combat engagements.”

It added: “The first option in the resolution of fledgling national defence threats will be to adopt non-kinetic measures. As a rule, we will explore the opportunities of defence diplomacy, as expedient, to leverage the comparative resource endowments of friendly nations, allies and international partners.

The NSS 2019 states further that “the military will be deployed in accordance with its defined roles and responsibilities in the Constitution. In cases of humanitarian and internal security operations, the AFN will provide Military Aid to Civil Authority (MACA) and Military Aid to Civil Power (MACP), while deferring to the supremacy of civil authority and the primacy of the statutory agencies such as the Nigeria Police Force in such operations.

“All military efforts will be geared to detect, deter, degrade or decisively defeat threats to national defence and provide stability within the shortest possible time. The AFN may also be used for power projection abroad in the national interest, if and when such situations arise.”

It outlines further that “in all cases, the envisioned military strategy, Rules of Engagement (RoE) and Concept of Operations (CONOPS) will, without any exception, conform with the established principles of combined, inter-agency, joint, special and domain specific operations as required and applicable”.

“To effectively mobilise intelligence for operations, we will pursue the aspirations for consolidated technology-aided fusion systems. Also, intelligence sharing capacities will be expanded through bilateral and multilateral partnerships and engagements.

“In all operations, we will promote niche information operations targeted at significant audiences as well as winning the hearts and minds of the people. In the long term, we will develop a comprehensive National Information Security System to effectively protect electronic and non-electronic information”.

It said the Armed Forces of Nigeria (AFN) “is being transformed and modernised to improve its capabilities as a credible defence force. The improvements in its defence capabilities will deliberately exploit the full range of a nation-wide Military Industrial Complex (MIC), national productive capacities and allied capacities of friendly nations.

Government would also promote the development of the MIC as a deliberate national economic security option in order to promote self-reliance and credible national defence capability, saying funding of the AFN and its transformation would be treated as national capital investments.

“In terms of performance assessment and national resource accountability, the AFN will be subjected to a two-yearly defence review and residential inspections of its overall capabilities”, it said.

On porous borders, it noted that Nigeria’s extensive land and maritime borders continue to be a major source of concern as they are largely porous and inadequately manned.

This, it said, has aided irregular migrations and other transnational organised crimes. The document made reference to the Nigeria/Cameroon border where there has been an upsurge of refugees from the restive Cameroon Anglophone region crossing into Taraba, Benue, Cross-River and Akwa Ibom States while criminal gangs and pirates actively operate within the border areas.

In the North, cattle rustlers and bandits operate freely across the international borders contiguous to Zamfara, Sokoto, Katsina, Adamawa and Taraba States.

“Additionally, the porous border areas between Nigeria and Benin Republic in the South West are known for smuggling vehicles and food commodities which undermines our economy.

On preventing and combating kidnapping, armed banditry and militia activities, which it said constitutes 40 per cent of incidences of national insecurity in Nigeria, the NSS points the way forward by proactively activating systems for early warning and early responses established in the national crisis response mechanisms.

“We will address disputes and conflicts through regular dialogues by exploiting traditional, faith-based and state structures of peace building and alternate dispute resolution before they trigger crisis and violence.

“Communal assets for human intelligence gathering and proactive conflict interventions have been largely underutilised. These will be integrated into the crime response infrastructure,” it said.

Government further stated that “in addition to these critical measures, we will sustain special inter-agency security outfits to conduct special operations in conjunction with state and local authorities. The outfits will be enabled by the provision of technology driven intelligence and communication assets.

“To improve the overall effectiveness and efficiency of intervention measures, we will develop doctrines for inter-agency coordination and collaboration. These measures will be taken in addition to the up-scaling of the NPF through the innovative transformation of its policing methodologies and equipment and the expeditious dispensation of criminal justice”. 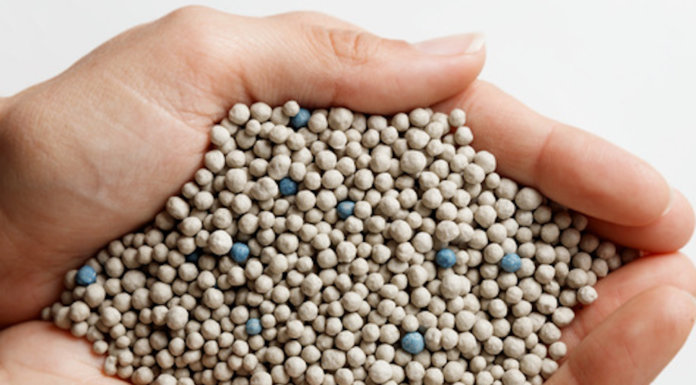