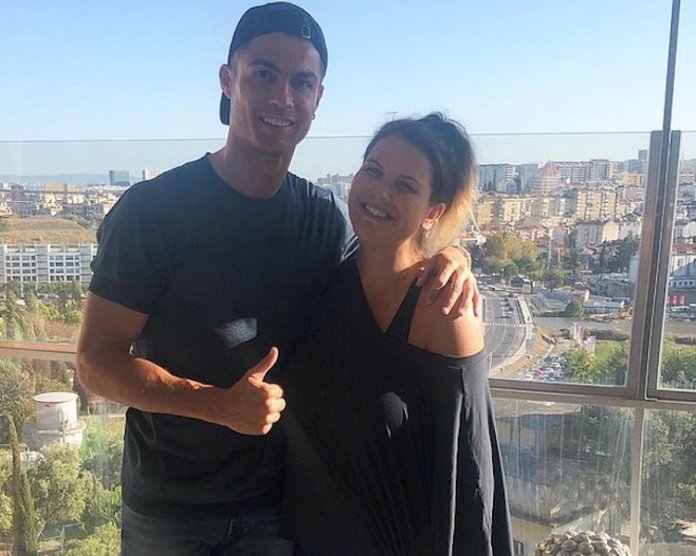 Ronaldo’s Sister Blast Van Dijk over Ballon d’Or ‘Rant’
Cristiano Ronaldo’s sister has launched an angry tirade at Virgil van Dijk after the Liverpool defender joked about the Portuguese superstar not being a genuine contender for the Ballon d’Or.

Van Dijk finished second – one place and 203 votes ahead of Ronaldo – at the prestigious awards ceremony in Paris on Monday night, with Lionel Messi picking up his sixth gong.

Both Van Dijk and Messi were in attendance in Paris, but the Juventus forward, who has won the Ballon d’Or five times during his career, chose to stay away and instead attended the Serie A awards in Milan.

Asked about Ronaldo’s absence, the Dutchman jokingly replied: ‘Why? Was he a candidate?’ This sparked a furious response from Ronaldo’s sister, Katia Aveiro.

Failing to see the funny side of Van Dijk’s remark, she took to Instagram on Monday night to question Van Dijk’s achievements and point out just how successful her brother has been in the Premier League, at Real Madrid and in Europe.

‘I think there are people living completely frustrated!!! And unrealistic… such humility!’ she wrote, alongside a picture of Ronaldo scoring his famous overhead-kick against for Real against Juventus.

‘Now, dear Virgil, where you are going, Cristiano Ronaldo has gone and has come a thousand times.

‘You see, my dear Virgil, that Cristiano Ronaldo was a tri-champion in the country where you have been playing for years and you still haven’t got your hand on the trophy.

‘Cristiano Ronaldo was even the best player and best scorer in the country where you play Virgil. By the way, he was even younger than you.

“Then, dear Virgil, Cristiano Ronaldo went to other places and became the greatest player in the history of a club, Real Madrid. Tell you something Virgil? Maybe so, because this club, with this Cristiano guy, even beat you in the Champions League final.

“Of these, Ronaldo already has 5, Virgil. And that fellow Ronaldo and team-mates, with the corners on his chest, crushed your “orange” in a final (Nations League final between Portugal and Holland).

“Was it hard, Virgil? We have pity. And, dear Virgil, in one of the least successful times of his career, Cristiano Ronaldo has won even more titles than you. Awesome, isn’t it?

“Now Virgil will win titles from those who really count and then we’ll talk. When you have a handful of them, the really important ones, you might be able to sit at the table with Cristiano. Or as they say in our land, it grows and appears!

“It’s for me @cristiano you are and you will always be the best player in the world!!!’

Ronaldo chose to skip the Ballon d’Or ceremony in Paris, but still picked up an award on Monday night as he was named Serie A Player of the Year in Milan.