The Senate yesterday justified the allocation of federal public service recruitment slots to its members, saying there was nothing wrong with it.

Chairman of the Senate committee on Federal Character and Intergovernmental Affairs, Senator Danjuma La’ah, who spoke to journalists yesterday against the backdrop of alleged allocation of two job slots each to the principal officers and other Senators, stated that he sees nothing wrong in Senators approaching the committee to seek job placement for their unemployed constituents.

“It is normal for colleagues to come to our committee because it is a better way to go about it. What our committee will do is to ensure that all senatorial districts are equally captured in whatever arrangement that come up. It is not as if we are giving out letters of employment to anyone now.

“What I’m saying is that if any Senator approaches us and there is an opportunity, we would help. The Senators are coming to us because we are the only committee to ensure even spread in terms of federal appointment”.

According to him, the ministries, departments and agencies (MDAs) have appeared before his committee to explain the recruitment exercises they carried out “and we have told them to adhere strictly to the federal character principles”

“We have also told them to always carry the Federal Character Commission (FCC) along before they finalise any internal recruitment. Many of the MDAs have appeared before our committee. Each of them appears with the FCC, so that the FCC will be pointing it out if any of them is telling lies”.

La’ah had in the wake of the recruitment saga that trailed the Senate in October vowed not to allow the alleged distribution of employment slots in the red chamber, go without proper investigation.

Speaking against the backdrop of some MDAs secretly carrying out secret recruitment, had vowed to summon the affected federal government agencies that were allegedly encouraging such practice.

The Senator had assured Nigerians that his committee would get to the root of the matter and expose all those who are allegedly culpable.

“We are working towards achieving a thorough investigation so that we would not just invite the federal agencies to explain what happened but we also want to confront them with facts at our disposal. The matter will not be swept under the carpet. We are already working on it,” Senator La’ah had stated then. 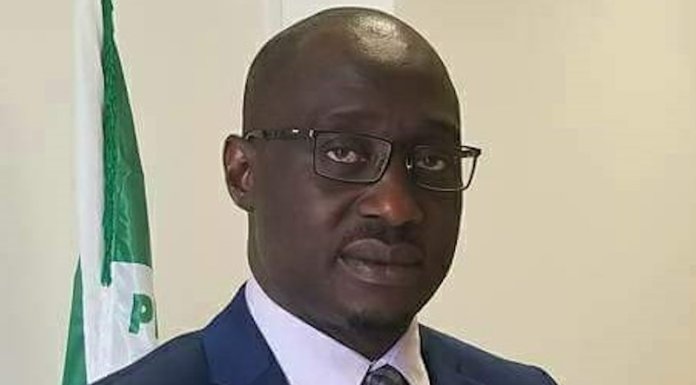