The Director General/Chief Executive, Infrastructure Concession Regulatory Commission (ICRC), Mr. Chidi Izuwah, has said the country will have to compete for available private sector funds if it intends to bridge current infrastructure deficit.

Speaking at the opening of the conference of the Nigeria PPP Network (NPPPN) and PPP Units Consultative Forum (3PUCF), he said Nigeria was in a race for global capital with other countries, and must rise to the occasion to attract private capital for the execution of public private partnerships (PPP).

He also said between 2010 and 2018, under the regulatory guidance of the ICRC, the federal government had approved PPP projects worth about $8 billion.

He said: “The implication of this quote from the 60s is an eternal economic truism. No country can become economically buoyant without good infrastructure.”

Nevertheless, he said as at June, 2019, 69 post-contract PPP projects were under implementation at the ICRC Projects Disclosure Portal, which is the first disclosure portal in the world, established in collaboration with the World Bank.

He added that there are 139 pre-contract projects at development andprocurement phases at ICRC as at October 31, 2019.

But he said infrastructure development in the country is still confronted with challenges of budgetary allocation which is often insufficient to cover responsibilities adequately, especially project development.

He listed other constraints to include inconsistency in PPP project pipelines (long term planning) adding that regulatory and enforcement powers in the ICRC Act required an amendment.

With the theme: “Accelerating Bankable PPP Project Development in Nigeria- The Afreximbank Project Preparation Facility (APPPF) Meeting,” the forum had sought to boost funding for investment ready projects, thereby bridging the infrastructure deficit in the country.

The Managing Director/Chief Executive Officer of CRC Credit Bureau, Mr. Tunde Popoola, has said the firm has improved access to credit for consumers and micro, small and medium enterprises (MSMEs).

Speaking ahead of the company’s 10th anniversary celebration slated for December 11, 2019, Popoola said CRC was licenced and commenced full live operations in 2009.

CRC set for itself the vision, “to set standard for financial empowerment and informed decision making,” and a mission “to deliver innovative products and services that enable our stakeholders to make informed decisions and build credible profiles that enhance access to credit for strategic growth,” he said.

According to him, the company set as its core objective to generate and supply reliable and accurate credit information on borrowers in the consumer and corporate sectors for permissible purposes only.

“Since we commenced live operations in 2009, CRC has never looked back. In June 2009, when CRC went live, six commercial banks submitted 1,525,228 credit records but only 154,030, representing about 10 per cent passed validation process due to the bad quality of the data.  Today, CRC has over 1,300 institutions with about 30 million credit records successfully processed.  We have entered strategic partnerships with the likes of the Fair Isaac Corporation (FICO) to power our credit scoring solution. FICO is the pioneer and global leader in credit scoring solutions. We partnered with Nova Credit, to make it possible for Nigerian emigrants to the United States to access their data in our repository in Nigeria,” he said.

Popoola explained that the  partnership enables creditworthy Nigerian newcomers to gain access to credit opportunities previously unavailable to them because of a lack of credit history in the United States.

“ The whole idea is to assist more than 16,000 Nigerians who move to the US each year to pursue new opportunities to settle down faster and have access to credit  to continue their lives and lifestyles. The newcomers often encounter a common challenge when they reach the United States: access to credit, which is fundamental to basic comfort and livelihood from getting an apartment lease to obtaining a cell phone plan or securing student loan. We intend on expanding this partnership to also include Canada, another choice destination for Nigerian immigrants in the coming few months.

The National Bureau of Statistics (NBS) has disclosed that Ecobank Nigeria and the local unit of Standard Chartered Bank have joined Stanbic IBTC Bank to become foreign investors’ favourites for investment deals.

Details of the Bureau report showed that out of 26 banks foreign investors used to deploy foreign capital into the country, the most investment came through Stanbic IBTC Bank.

The bank attracted $1.63 billion worth of investment in the third quarter of this year, lower than $1.76 billion it had in the previous quarter.

According to NBS, while the total value of capital importation into the Nigerian economy fell by 7.78 percent to $5.36 billion in the third quarter of 2019 from the previous quarter, Ecobank Nigeria attracted $754.38 million worth of foreign investment, representing 55.41 percent more capital thus making the bank foreign investors’ favourites for investment deals.

According to her, “As a gateway to the African market for foreign direct and portfolio investments, Ecobank Nigeria is  leveraging on its Pan-African platform, people and products to contribute to the financial and economic development of Nigeria through provisions of foreign exchange solutions and fixed income products to local and foreign customers.”

In line with its commitment to bridging the gap between government and the technology ecosystem and to co-curate the Lagos Innovation Masterplan, a design thinking talkshop was held in Lagos recently.

The event had in attendance, the Deputy Governor of Lagos State, Dr. Obafemi Hamzat, among other top government officials as well as the academia.

According to the Curator of Art of Technology Lagos 1.0 and Founder of Eko Innovation Center, Mr. Gbenga Afolabi, the essence of the parley was to engage. “The government has always known that we need the ecosystem to leapfrog and create that 21st century economy that Mr. Governor has always talked about in turning Lagos into a smart city.

“The ecosystem also needs to engage with government such that they enjoy the kind of patronage, access and funding that can make them do what they do best which is creating enterprises.”

Sponsored by the Lagos State Government through the office of the Special Adviser on Innovation and Technology and the Eko Innovation Center, the Art of Technology 1.0 would take place between 5th and 6th of December in Lagos

In his welcome address, Mr. Olatubosun Alake, Special Adviser on Innovation and Technology to the Governor of Lagos State, said there was a need for government and private sector to co-create wealth.

“The private sector can create wealth; you need government’s help to multiply it.”

He noted that feedback from the event would be used in developing the Lagos Innovation Masterplan which will be unveiled during the Art of Technology 1.0, reassuring attendees that their contributions were key in developing the much needed blueprint.

Pledging commitment to government and tech collaboration, the Deputy Governor of Lagos State, Dr Obafemi Hamzat said: “It is the people in the IT space that can change this country. We need to utilise the tech innovation ecosystem in the development of our nation.

“We have to agree: let the private sector grow the economy while government focuses on rule of law. Then, we collaborate to make this happen.”

Speaking on the theme of Art of Technology Lagos 1.0 ‘Bridging the Gap,’ Afolabi said, “Government has promised to make data accessible to the people in the ecosystem in the manner and form they will want it. Data is the new oil. That is what is going to empower and energise the ecosystem to begin to create a lot of things.”

Cordros Asset Management Limited (CAML) has opened the  Cordros Dollar Mutual Fund for public subscription.  The offer opened last Monday and will close on Friday, December 27, 2019. The minimum subscription amount is $500, which is five units and a minimum subsequent addition of $500 (five units).

According to the offer document, the mutual fund that allows investors to conveniently invest and earn returns in United States Dollars.

“The fund invests in United States Dollar-denominated securities like Sovereign Eurobonds, Corporate Eurobonds, Money Market instruments and other quoted Corporate Eurobonds. The objective is to offer you competitive returns than is obtainable from an average domiciliary bank accounts,” the firm said.

CAML explained that the fund is targeted at retail, mass affluent, high net worth individuals, Africans in Diaspora, and institutional Investors who desire to meet future medium to long term liabilities.

Also speaking, the Managing Director of CAML, Mrs. Morenike Da-Silva, said: “With the Cordros Dollar Fund, investors who have been discouraged by the high entry levels for US Dollar based investments will now have easier, convenient access.”

In the same vein, the Portfolio Manager, Adegbolahan Aina,  said: “We believe that the Cordros Dollar Fund provides professional management and will help investors hedge their savings from the eroding effects of inflation as the underlying assets are high-quality Eurobonds and USD money market instruments.”

CAML explained that the fund was coming at a time when speculations are surrounding the strength of the Naira and investors were looking to diversify with investments denominated in foreign currency.

“With an initial fund size of $2million, the Fund will be offering 20,000 units at $100 each with a minimum subscription of 5 Units ($500). The fund will be open-ended meaning investors can continuously add new subscriptions,” it said.

The company said the Cordros Dollar Fund is another addition that strengthens its  position as a growth-oriented investment manager, who continuously offers investors a wide array of sound Investment solutions. 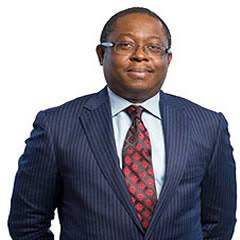