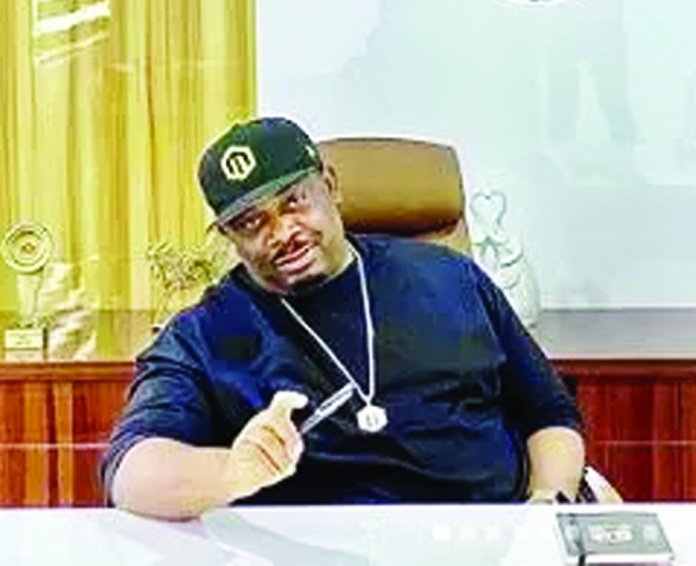 Anew corporate office and a creative studio are in order for music business mogul, Michael Collins Ajereh, popularly known as Don Jazzy. The Mavin record label owner unveiled his impressive new workplaces in two separate locations in Lagos to celebrate his 37th birthday on Tuesday November 26, 2019. According to him, the Mavin projects would see his business move to two corporate spaces — one in Victoria Island and the creative studios in Lekki — so as to “further boost productivity and creativity” of the team.

The music producer had announced the launch via his social media pages, while describing the luxurious building as a gift to himself as part of his efforts to ensure his business is in order as he ages. The maverick shared the video and photos of the classy interior and exterior decor of the new multimillion naira Mavin spaces and accompanied it with a long note in the caption.
He wrote, “All glory to GOD for making me see another year. GOD has been soooo faithful to me. They say a fool at forty is a fool forever so turning 37 today makes me feel like Jazzy you have only three more years to be a fool o lol. As I get older I strive to make sure #Allisinorder with my business. So in addition to my birthday celebration, we at Mavin are also unveiling our new creative and corporate spaces. We are happy to move to our new spaces.”

Don Jazzy went on to explain that the label had grown over the years, which influenced the decision to relocate the business to two separate spaces: “The new spaces will help us ensure our teams are happier, further boost productivity and creativity as we continue to execute our growth plans. Thanks for the love and support always”.
Mavin Records was first announced in May 2012 by Don Jazzy after him and popular music artiste D’banj split from their first label Mo’Hits record. He then went on to sign names such as Tiwa Savage, Reekado Banks, Di’Ja, Korede Bello, Johnny Drille, Ladipoe, in addition to the existing ones like Wande Coal, D’Prince, and Dr. SID. However, in May 2019 Tiwa Savage left Marvin to join international music brand Universal Music Group.

This move was followed by label mate Reekado Banks leaving the music company to set up his own record label. Already, the likes of Wande Coal and Inyanya who had stint in the warm embrace of Don Jazzy had also left in a way that been seen as controversial. As a result of the circumstance in a move to rejig Mavin, Don Jazzy unveiled a new set of promising acts the likes of DNA twins, Rema, Crayon and DJ Big N. The unfolding saggy scenario at Mavin prior to its seventh anniversary early this year inspired the theme #Allisinorder in a move to boost Jazzy to carry on.

Just of recent, the top talent manager took to social media to share with fans a bit of his past struggles, explaining that there was a time he nearly gave up on his business. This he revealed via his Twitter handle on how he nearly gave up on his record label, Mavin. According to Jazzy, he made sure he kept pushing as he prayed that fans reap the fruits of their labour.

Donbaba J as fondly called shared this piece of information alongside a throwback photo of his Mavin crew which at the time included Tiwa Savage, Wande Coal, D’Prince and Dr. Sid. In his caption, the producer wrote: “Everyone has their goal. I almost gave up on mine in the early days of MAVIN. As you can see in this throwback pic. I looked fed up lol. But man had to keep pushing. May you reap the rewards of all your hard work last last o #JustLikeBurna.”