In this conversation with Chuks Okocha, Senator Robert Boroffice, the Deputy Senate Leader, concentrates on issues around the new senate and its relationship with the executive

Many Nigerians wonder if the romance between the Senate and the Executive is an ‘overdo’, do you share this view?

It is not an issue of overdoing it. We are not over doing anything? Whatever we are doing, is it interest of this nation and the masses? We cannot be overdo anything, if what you are doing is in the interest of the masses.

Nigerians believe that such cooperation between both arms of government could be to the detriment of the public because certain compromises, between key actors on both sides may not take cognizance of the masses. What do you say to this?

Let us look at the period before you adjourned plenary for budget defense, what impact do you as a leader of the senate think it has made on Nigerians?

Let me first of all remind you that the ministerial list came when we were about to go on vacation, but because we realize that if we didn’t screen the ministers, we will delay so many things like the implementation of the 2019 budget. We had to stay back for another two weeks, so that we can screen the ministers and allow the executive to appoint them. You can see that we have done that in the interest of the nation.

Meanwhile, we haven’t done anything in terms of legislation because immediately after the screening of the ministerial nominees we went on vacation. We came back and we started working on this issue of the budget. Of course, we have our legislative agenda debated and it is a robust agenda which is like a road map for us and when you look at the roadmap and the budget that has been presented, you see that they are almost the same thing and we do not need to be guided.

The Agenda was generated by another committee set up to produce a legal agenda for the senate. We have received so many bills which we are going to work on. However, we want to give priority to the budget defense. It is our own idea that we want to reverse the budget cycle back to January – December.

The President agreed with us and has worked tirelessly to ensure that executive meets the deadline for the presentation of this budget. He has done his part and the ball is now in our court that is why we are suspended plenary when all committees are charged with the responsibility of holding budget discussions with the MDAs. Then the Senate committee on appropriation will collate it and the two houses will meet and have a concurrence and bring that to the senate and the house for submission to the executive and we are sure that this budget is going to be approved before December 31.

The Production Sharing Contract (PSC) has enjoyed the fastest legislative consideration in the words of the minority leader of the Senate, Senator Enyinnaya Abaribe, what informed such speed on the bill and will other bills get same treatment?

This is an arrangement that has been there for years and the problem of not benefitting from it is due to poor legislation. If this law was there in 2019 we would have realized about maybe more than $103 billion. Unfortunately, the law was not there, we could not get anything from the oil companies.

Now the law is going to give us $1.5 billion dollars. We are running a deficit budget, people don’t know.  They think the government is not doing anything. The truth is that the money is not there. We are looking for money everywhere it is available. That is why we are placing emphasis on diversification of the economy, shifting our emphasis to mining and agriculture.

This law had to be passed quickly, so that we can have additional $1.5 billion as part of the revenue funding 2020 budgets. This is in the interest of Nigeria. If we do not pass this law, that money will be lost. We saw it as a way of helping the economy, helping Nigerians.

How does that mean over relating with the executive? If that kind of result is not good for Nigeria, what other kind of relationship should we have?

Those who will lose money may want to break your rank and resolve as a national assembly, by reaching out to some legislatures to run down the bill, is this possible and how do you hope to mitigate this?

It is possible and we are mindful of that. We’re doing our best to make sure that it doesn’t happen. Don’t forget that in arriving at this law, the International Oil Companies(IOCs) were all there till 5am of the next day of that meeting with other stakeholders. Nothing was done without their contributions.

They contributed to some arguments on some figures, eventually they agreed.  We call it a consensus. I do not see IOCs going behind to pressurize and want to induce the members of House of Representatives. We are all on the same page; we all want this country to work. The pain of the mass has to be alleviated. We all want jobs to be created. We all want the economy to be alive again. I don’t think any patriotic Nigerian wants to compromise the interest of Nigeria in this aspect.

Can you beat your chest to say that the Nigerian politician will not advance his personal interest ahead of national interest?

There are over 170 committees in both chambers of the National Assembly, how can this huge number impact on the legislative agenda?

The committees are guided by the philosophy of the 9th Assembly Legislative Agenda which borders on national interest.

The committees in the senate and its counterpart in the house should held the budget hearing together to save time and to the extent that they are on the same page unlike before that when the Senate committee will do its own defense and the house will do its own defense and they will later come together for concurrence. When the committees of both chambers hold the budget defense hearing together, it will eliminate these differences and save time.

Senator Okorocha recently advocated for trimming of the National Assembly, suggesting one senator per state and a maximum of three members of the House of Representatives, do you share this view?

If Senator Rochas needs the number reduced, to one per state, he is a member of this assembly and knows the process. He can bring forth a bill. That will reflect on the need for an amendment of the constitution, we will do it, if it passes, fine. If it fails to pass, that means it is dead.

I think we should weigh the importance of the configuration of the senate against the money you are talking about.

Our budget this year is N125bn, less than two per cent of the entire budget of N10.33tr. The judgment earlier secured by Process Industrial and Development (P&ID) which they wanted to take from Nigeria is more than the N125bn budget of the National Assembly.

The mistake the public makes is that they hear the amount and divide it by number of Senators and arrive at a figure. I furnished my office myself; pay my cleaner myself, fuel my car myself; buy my paper myself . What we have is the running cost of the Office of the Senator and your senatorial district. I am going to have 69 personal assistants and special assistants. They are not on government payroll. They are on my payroll. This is because in every local government I will need to have PAs. You see how the money trickles down because in some ways we provide jobs for the people. We use these PAs to know the needs of our people and formulate laws to boost the national development factoring aggregate views of our constituents.

You have a background in Science and technology, given our need for innovation and the place of S&T to advance our development, do you think, our budget for research in S&T can address the funding for result oriented research?

We have an economy where social intervention is very important. What we are giving to science is not enough.

When you look at it, what is the difference between a developed country and a developing country? It is the level of their science and technology.

What is responsible for that difference to science and technology is the commitment to Research and Development (R&D). We will continue to be consumers of technology rather than contributing or indigenously developing. That is the problem.

Can the nation access funding from corporate organisations as part of their corporate social responsibility (CSR) to augment lean budgetary funding for science and technology?

Unfortunately, we have a weak private sector, the ones that are strong did not domicile their science and technology research in Nigeria. They took it back to their own countries. Even if you legislate that certain percentage of the income of the budget of the formal sector should be contributed to R&D, what are we going to get from it?

We have passed a bill recently on Science, Technology and Innovation Bill, in which it is stated how money can be raised both from the private and the public sector to fund research because hitherto, we, like other sectors go cap in hand to the Ministry of Finance.

As long as you are giving allocation in envelopes to Science and Technology, we are not likely to move forward. 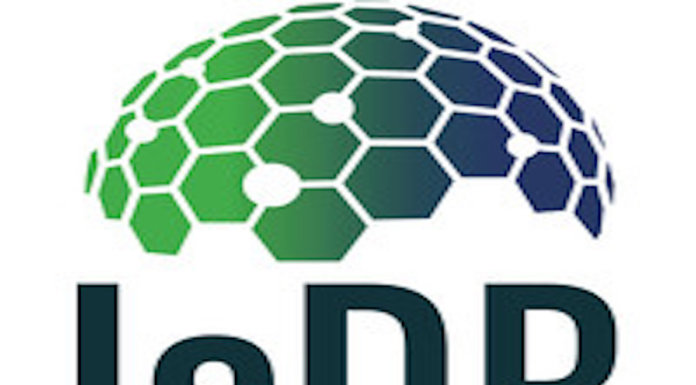