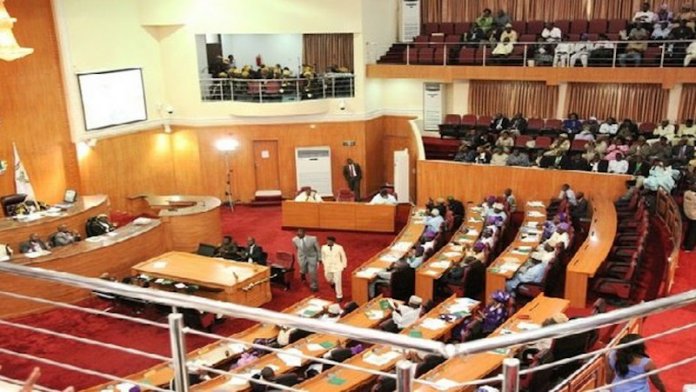 The Zamfara State House of Assembly yesterday became the first state to abolish the law that allows the payment of pension and other allowances for former governors and their deputies.

The spokesperson of the state’s assembly, Mustapha Jafaru, in a statement made available to journalists said the ‘abolished’ law also affects ex-speakers of the state House of Assembly and their deputies.

The development is coming days after a former governor, Abdul’aziz Yari, in a leaked letter to the state government, requested his N10 million ‘monthly upkeep’, which he said had not been paid for some months.

He said two days later he (Yari) also sent another letter of reminder demanding the payment.

However, the state House of Assembly yesterday abolished the law authorising the payment of pensions to these categories of former officials.

Presenting the bill before the assembly, the House Leader, Faruk Dosara, (PDP Maradun), urged his collogues to consider the ‘complete repeal’ of the law, “which provides the jamboree payment for the former political leaders of the state at the detriment of the retired civil servants who have not been paid their entitlements over the years.”

According to the lawmaker, these categories of past leaders “are collecting over N700 million annually,” which he said the present economy cannot accommodate.

After deliberations, the Speaker, Nasiru Magarya, pushed the process; the bill passed both first and second readings.

Later, the assembly went for a committee of the whole after which the bill went for a third reading. The bill will now be sent to the governor for his assent, the spokesman said.

“With this development, all past political leaders in Zamfara will longer enjoy any entitlements unless those prescribed by the National Revenue Mobilisation Allocation and Fiscal Commission (NRMAFC),” Jafaru quoted the speaker as saying in the statement.

Yari, it would be recalled had appealed to his successor, Bello Matawalle, to pay his outstanding allowance and pension.

In a letter dated October 17 and addressed to the governor, Yari said he was entitled to N10 million monthly as upkeep allowance, but that he has only been paid twice since he left office.

In the letter obtained by THISDAY, Yari said the law which provides for the entitlement of former governors, deputies, speakers and deputy speakers was amended in March
and that it should not be truncated.

The law, which first enacted in Lagos in 2007, has seen practically all former governors except Governor of Anambra State, Mr. Peter Obi, who turned down the idea, committed their states to write laws which entitle them humongous pension and entitlements for life.

The law also provides for befitting mansions for the former governors in the state capital or in the nation’s capital, Abuja.

Deputy governors are entitled to an accommodation allowance equal to 300 per cent of his annual basic salary.

In most of the states, after office, a former governor and his spouse would be entitled to free medical services anywhere at a sum ranging from N100 million to N200 million per annum while the deputy governor will pocket N50 million for same purpose.

Both would also be entitled to their current salary for life, which is in excess of N25 million each per annum.

In addition they are also entitled to furniture allowances and brand new cars every four years at the taxpayers’ expense.

Their cooks, chauffeurs and security men are also well provided for.