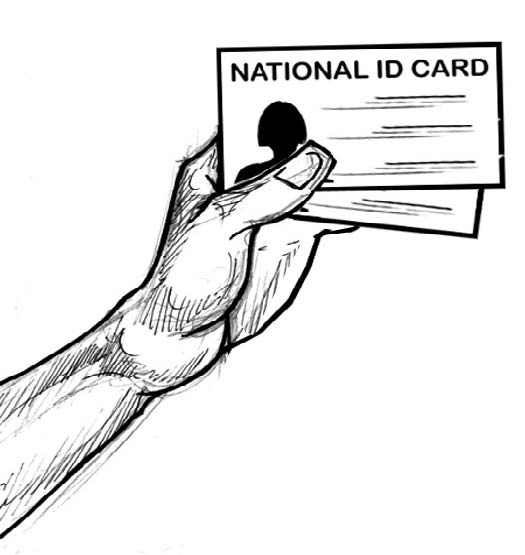 NIMC must show more commitment to get the work done

On the face of it, the National Identity Management Commission (NIMC) looks as if it is getting a lot of things right. It gives the impression of some dynamism. However, even the chief executive of the organisation has perhaps rated its overall performance as unimpressive. The director-general, Mr Aliyu Aziz admitted recently that only 38 million Nigerians out of a population of more than 200 million have been enrolled in the National Identity Card scheme after more than a decade of operation.

This is so despite the huge financial investment, calculated in billions. “Our country has been on the journey to provide identification for all Nigerian citizens and legal residents for some years now so as to enable the government and service providers verify individual’s identity on demand and at point of service delivery,” said Aziz. “Nigeria’s existing foundational identification systems suffer from low coverage across the population, and the government is incurring significant costs due to fragmented identification landscape.”

The underperformance by NIMC was perhaps emphasized in September last year after a Federal Executive Council meeting presided over by President Muhammadu Buhari directed the mandatory use of the National Identification Number (NIN) to take effect from 1 January 2019. The decision was informed by one of the primary reasons why NIMC came into being in the first instance – the need to harmonise biometric data in Nigeria into the National Identity Database. After more than a decade of operations, the organisation was being reminded to properly deliver on its mandate.

The logic behind establishing NIMC was first to eliminate the duplication which has continued unabated with every government agency taking the same biometric data of citizens and residents without sharing the information with other agencies. NIMC was meant to warehouse the basic identity infrastructure that would be available on need basis to every agency. The Independent National Electoral Commission (INEC), for instance, can obtain from NIMC the details of every person of voting age in Nigeria and then issue a voter’s card and voter identification number on that basis. Indeed, Section 27 (1) and (2) of the NIMC Act, 2007, mandates all government and private agencies providing services as captured in the act to make the NIN a prerequisite for service provision to citizens.

In line with the government’s directive, some government agencies like the Joint Admissions and Matriculation Board (JAMB) had directed that candidates without the National Identification Number would not be registered for next year’s examination, a directive which clearly exposed NIMC’s unpreparedness with the task of providing the citizens with national identity cards. Many NIMC-designated registration centres across the country are at present overwhelmed as parents and their children struggle for days or weeks to obtain the identity form. Their agony is worsened by epileptic power supply. In some registration units, some NIMC officials are reportedly exploiting the situation by charging as much as N5000 to enroll applicants through the back door. Meanwhile, many who registered for the scheme some seven years ago are yet to get their identity cards even as the organisation announced recently that citizens would be required to pay N5000 for renewal of the identity cards.

While biometric identity is a unique feature, we live in a country where data do not speak to themselves. This is why the NIMC was established to address that challenge. Unfortunately, the agency has been become another avenue for unwholesome practices. The goal of accurately identifying the Nigerian citizen and resident, and issuing a reliable identification card to each one has been a 45-year journey of poor design, waste, corruption and incompetent project management.

To our collective shame, the facts are obvious that we are not about to end the waste.

The goal of accurately identifying the Nigerian citizen and issuing a reliable identification card has been a 45-year journey of poor design, waste, corruption and incompetent project management