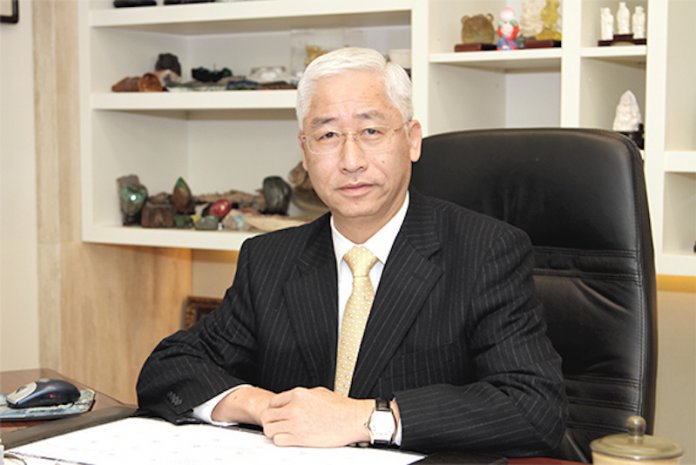 He described Nigerians as hardworking and people hungry to invest in several productive ventures to increase their earnings, saying that was the right model for any economy eager for growth.

Tang, stated this in Lagos, recently, during a seminar organised by the company to sensitise its existing and intending clients in Nigeria on the importance and principles of currency trading and to also create more awareness about its brand in the country.

He said: “I see the fastest growing economy in Nigeria compared to many of the countries I have been to. Not only the economy, I see people hungry to invest their money and hungry to earn money.

“I don’t see Nigerian people as being lazy or relaxed. I see Nigerians ready to do several other things to grow their income. So I actually see that as the right model for a growing economy. Nigeria’s currency is stable now compared to where it was four years ago. So that’s the sign of a growing economy”.

He said the US-China trade war impacted the global economy, noting that in the currency market, the US dollar has been very strong since President Trump broke the issue of trade sanction with China.
”I think overall, it is going to be a good thing if the trade pact can be arranged between China and the US, and I believe it will be and it will be good for the global economy”, he noted.

The founder who also disclosed that the group’s clientele in Nigeria runs in thousands, added: ”We regularly hold seminars to educate people, to show them that if you’re going to invest money then you must first learn what the product is, learn how to trade, learn what the risks are, and if you follow set principles of trading you can be very successful.”

On his part, the Managing Director, Hantec Africa Limited, Mr. Mike Fowope, stressed the need for people to embrace currency trading to boost their income.
He said Hantec empowers people freely through seminars and special training programmes in addition to startup funds to encourage them trade.

”We impact the same type of knowledge that has made us successful over the course of the years. If you learn it well, you will make money, and it is something anybody can do regardless of age, educational background to add to your income.

“Anywhere we go to teach people, sensitise people, give people information on how to trade, we empower them by giving them startup capital to trade with.

”We advise people that regardless of what you’re doing they can trade. I tell people that rather than chatting your life away on your phone, turn your phone to what I call “Dollar Dispensing Device (3D)”, Fowope said.
”In Nigeria already, SEC has shown willingness to regulate the business. We are in talks, as we heard, they are coming up with a draft for regulatory framework. So the regulator ensures that the business practitioners adhere strictly to the rules and to also give confidence to our clients that their money is intact.

”Already, they have invited us to have a conversation with them because we are one of the major players in the industry. So I believe that before the end of 2020, the market will be regulated in Nigeria and when it’s regulated more Nigerians will have confidence in trading.”