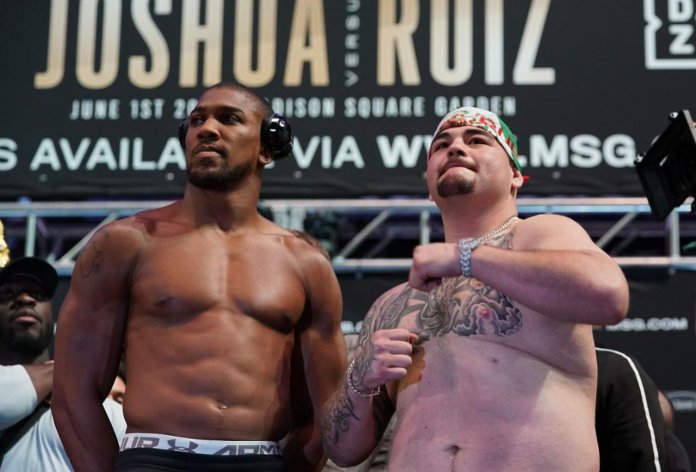 The winner of Anthony Joshua’s rematch with Andy Ruiz Jr could be mandated to fight Kubrat Pulev next, instead of Oleksandr Usyk.

Pulev (IBF) and Usyk (WBO) are the mandatory challengers for the titles that are stake between Joshua and Ruiz Jr on December 7, and are racing to be the next opponent for whoever emerges with the belts.

Bulgaria’s Pulev, whose only defeat in 29 fights came against Wladimir Klitschko, beat Hughie Fury to earn his position as IBF mandatory challenger and, last weekend, he outpointed Rydell Booker.

The IBF told Sky Sports earlier this year about the race between Pulev and WBO mandatory challenger Usyk: “Ours has to come first. The organisations have agreed that the IBF mandatory would be next.”

Joshua’s promoter Eddie Hearn first explained in August that the winner of the rematch against Ruiz Jr would have two mandatory challengers to immediately contend with.

“We’re going to have a problem where Usyk and Pulev both say: ‘you’ve got to fight me next’,” Hearn told Sky Sports.

That could lead to the possibility of a belt being vacated by the winner of Ruiz Jr versus Joshua.

“Some belt could become vacant,” Hearn said. “Because the IBF and the WBO are both going to order their mandatories after Joshua-Ruiz Jr. Unless a deal can be done with someone, you’ve either got to do that, or vacate.

“But the Joshua-Ruiz fight is so big, it’s almost bigger than the belts.”

Usyk, the former undisputed cruiserweight champion, won his heavyweight debut against Chazz Witherspoon last month and immediately said “I am ready” to challenge the champion of his new division.

He had previously made clear that his dream fight would be against Joshua at Wembley Stadium, saying: “If you want to be the best, you have to fight the best.”