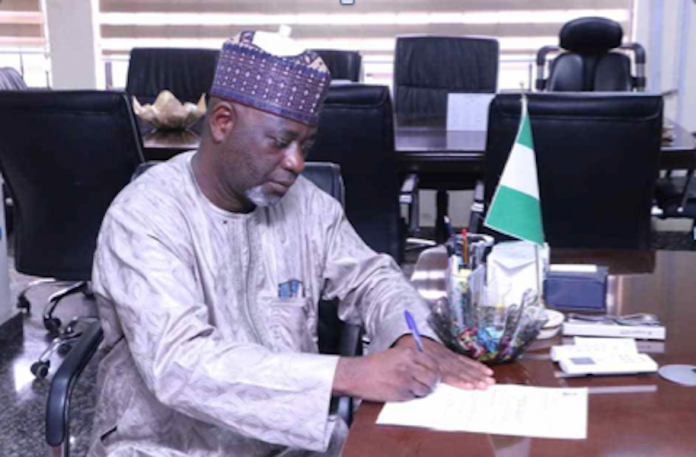 While NHIS has not lived up to expectation since the past 13 years of its establishment, Onyebuchi Ezigbo believes there is a glimmer of hope with the new approaches being made by the present management of the scheme

Given the level of concern on the poor state of Nigeria’s health sector and the limited access to basic healthcare by most citizens, the role of an effectively run health insurance scheme has become imperative. A well-funded health insurance scheme will not only help low income earners to pay for treatment at the hospitals, but will also serve as a financial buffer to most health institutions which are in dare need of funds to improve its facilities.

Over the years, various administrations have professed their intentions to provide healthcare for all Nigerians but such promises have remained a pipe dream. Apart from not being able to provide the needed funds to improve health facilities, the government has not been able to ensure access to quality healthcare due to high cost of medical treatment. Some patients in critical conditions are known to lose their lives because of inability to afford hospital charges. Based on this reality, the federal government introduced the National Health Insurance Scheme (NHIS) to assist in taking the cost of treatment off patients.

The NHIS was established under Act 35 of the 1999 constitution to improve the health of all Nigerians at an affordable cost. But this noble initiative has only served a limited purpose of providing health insurance cover for only public sector workers and few private sector concerns that have enrolled with it. Even at that, the health treatment covered by scheme has also been very minimal.

Ideally, NHIS is to provide social health insurance to Nigerians such that healthcare services of contributors are paid from the pool of funds contributed by the participants of the scheme. It has a pre-payment plan where participants pay a fixed regular amount, while the funds are pooled, thereby allowing Health Maintenance Organisations (HMOs) to pay for those needing medical attention.
It is primarily a risk sharing arrangement which can improve resource mobilisation and equity. It is indeed regarded as the most widely used form of healthcare financing worldwide. NHIS also serves to regulate private health insurance scheme operated by HMOs.
In Nigeria, the scheme operates as a social security system that guarantees the provision of needed health services to persons on the payment of token contributions at regular intervals. In terms of efficiency and being able to meet the expectations of Nigerians, NHIS has suffered some setbacks. Some of the problems limiting the performance of his country’s health insurance scheme are lack proper coordination, transparency, and innovation. Added to this is corruption which has crept into the health system.
At the onset, NHIS was made to provide health insurance cover for only public and few private sector workers. Even at that, the public sector entities reserved the rights to decline participation in the scheme. So, for a scheme that relies on large pool of funds and public confidence to thrive, the turbulence that hit the NHIS badly affected its activities and almost rendered the scheme impotent before the recent intervention of the federal government to change the leadership.
To further highlight the importance of the scheme, Vice President Yemi Osinbajo, in a recent address at the National Health Dialogue organised by Premium Times, said one of the ways federal government hopes to ensure that targets in the health sector were met was through effective operation of NHIS.
Osinbajo, who was represented at the function by his personal physician, Dr Chiedu Nwankwo said: “Our main priority is the attainment of Universal Health Coverage. It is a single-minded pursuit of which we are not going back on. It is obvious that the government – federal and states alone cannot adequately provide healthcare services to Nigeria. Our view is that an effective NHIS is the best option”.
Similarly, the Minister of Health, Dr. Osagie Ehanire said the prospect of achieving UHC was bright with the widening of the scope of the scheme. Speaking on the role of state and non-state actors in healthcare funding and support, Ehanire said nobody needs to suffer financial ruin in regaining his or her health when the society can pool funds to provide treatment for those who need it.
According to Ehanire, it will be tough for a country of 200 million people, with government having very highly competing priorities, to be able to cater for their health and social needs alone without assistance.
Speaking on the challenges the government faces in meeting with its responsibilities, Ehanire said: “We are looking for more funding increase, but we must realise that there are many competing priorities; so, we must be very realistic that we cannot get all we want.”
The minister said that the present health insurance scheme can be further developed and improved upon to help take care of the needs of the citizen.

“In Nigeria, our health insurance is young, growing, and developing. The health system is a work in progress, so we have the opportunity to contribute and help to mould it. It has been said that it doesn’t cover more than five per cent of the population, and also has a limit on what it can do.”

One of the key steps to widening the scope and impart of the scheme is to reform the operations of the NHIS and to create a new image of accountability, service and sacrifice for the wellbeing of Nigerians. There is a new leadership at the NHIS which is expected to drive the reform.

Following the findings of a presidential committee, President Muhammadu Buhari had ordered the sack of the former Executive Secretary who was replaced by Prof. Mohammed Nasir Sambo. An experienced technocrat, Sambo combines his experience at the classroom as a university teacher and someone who has once served in NHIS as its pioneer staff. But a lot is expected of him if he must reposition the scheme.

It is however, reassuring that the new man has started well, trying to identity the mistakes of the past and avoiding them. At a recent workshop organised by NHIS in Abuja, the ES spoke of the plan to reform and refocus the scheme to make it an effective tool for achieving the highly desired UHC.

In his speech, Sambo said his team was trying to avoid the NHIS experience of recent past which was embroiled in crisis that resulted in constitution of the Presidential IFFP that comprehensively looked into the crises and made far reaching recommendations which include, among other things; termination of the appointment of the former ES and dissolution of the Governing Council.

He said: “Following this timely intervention, I want to reassure you that NHIS is now back on track. A lot of re-branding efforts are being undertaken under the three-point agenda; value re-orientation, transparency and accountability as well as accelerating the drive towards attainment of UHC.”

As a practical demonstration to this, Sambo said the new management team has commenced strategic stakeholders’ engagement and that they have engaged the enrollees, providers, HMOs. He also said that the next in the series was with partners who were willing and able to support effort towards realisation of UHC.

Part of the targets of this rebranding agenda was also to reach out to other stakeholders including the various state governments with a view to bringing the health insurance scheme under one roof.

Speaking at another workshop for shaping the future of health insurance expansion in Nigeria through state health insurance scheme, Sambo said efforts were being made to align the operations of health insurance programme of the federal and state government1s in order to minimize duplicity and overlaps and work in a coordinated manner for the benefits of our teeming citizens.

One of the viable options that was identified was to develop a National Health Bill that would transform the health sector so as to be more responsive to meeting the yearnings of the citizens. A lot of effort was done in pursuing this goal and it took more than a decade to get this bill passed into law, which became the current National Health Act.

One of the major features of this Act is the provision which states that not less than one per cent of the consolidated revenue shall be dedicated to the health sector. Out of which half of that fund is intended to improve financial access to healthcare services to the citizens through the NHIS.

In order to fast track the implementation, the Act recommended that the states must established health insurance agencies and fulfill other criteria to access the funds. But unfortunately, however, many states have developed cold feet and do not believe in the state insurance project. The NHIS was virtually left alone targeting only federal government employees.

This trend is fast giving way as many are beginning to embrace the health insurance scheme and are making successes out of it. According to Sambo, the NHIS recently disbursed the first tranche of N6.5 billon of the Basic Health Care Provision Fund (BHCPF) to 15 states and FCT that have fulfilled the set criteria as at February 2019. He said the second tranche will soon be disbursed.