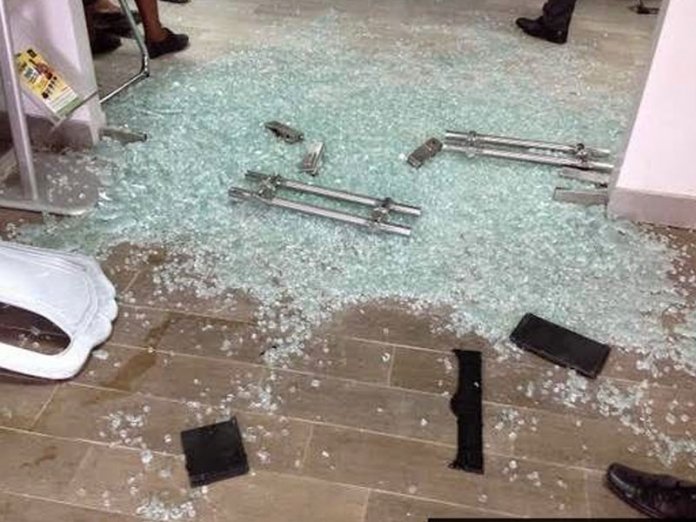 A policeman and motorcyclist were feared dead in a robbery attack on a bank in Falomo, Lagos Thursday.

The robbery which occured Thursday afternoon, was the first to be recorded in Lagos in recent times.

In a short video trending online, some police officers were seen lifting the affected officer into a van, at the scene of the incident. However, it could not be ascertained if he was still alive.

According to an eyewitness account, the robbers numbering about six, arrived the premises of the bank at about 2pm on motorcycles, and began to fire sporadically in the area.

Efforts to reach the Lagos State police spokesperson, Bala Elkana, a Deputy Superintendent of Police, proved abortive as his lines could not be reached as of the ttime of filing this report.