Are Ona-Kakanfo of Yorubaland, Gani Adams, WEDNESday came hard on the South-west governors over their reluctant attitude to the issue of insecurity in the zone, describing security of lives and property as germane to economic, human growth and development.

Adams, while speaking with journalists on the sideline of a security summit tagged: “South-west Security Stakeholder’s Group” organised by the Oodua Peoples Congress (OPC), said before insecurity became unbearable in the region, he had written letters to all the governors and traditional rulers on the need to prepare ahead but they all kept adamant until the situation got out of hands.

He maintained that herdsmen have been living in the region for long going about their cattle rearing business without any blemishes until the recent past when some criminals intruded into their midst with some bad elements from Yoruba tribe working for them as informants.

Adams disclosed that the need to get rid of these criminals in the region informed his decision to commence the South-west Security Stakeholder’s Group meeting with the first one held in Lagos, second one in Ibadan, the Oyo State capital, while it would move to Osun, Ondo, Ekiti and Ogun states respectively at a later date.

According to him, “Prior to this time, I had foreseen that insecurity that was confronting some parts of the country would extend to South-west. I took time to write our governors and traditional rulers but there was no response from them.

“Now that the issue has become unbearable, they are now looking for way forward. I learnt from grapevine that some of our governors are waiting for approval from the Presidency to involve private security.

“The South-west zone has had its own share of insecurity in terms of kidnapping, unwarranted killing, destruction of farms, increasing cultism among others perpetrated by unknown elements. If our governors had willingly acted and done the needful about the security of lives and property of Yorubaland, we as a group and private security outfit would have united and organised ourselves and sent warning signals to these criminals that South-west was not save for them.

“We would continue to organise ourselves, uniting all other socio-cultural and socio-political organisations, even our traditional leaders and political leaders so that we can start speaking in one voice until the South-west governors are ready for us. The problem with us here is that we are not united. If there is anything of benefits to the northerners, they usually forget their political affiliations to pursue such cause. But it is other way for us in the South-west. We will try our best to unite all irrespective of political affiliations to pursue common goal in the South-west especially in the area of security and economic growth and development,” he said. 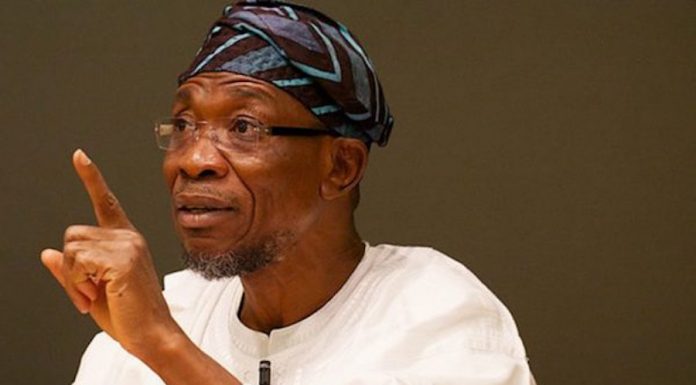