The court reserved judgment in three separate appeals challenging the victory of Emeka Ihedioha in the March 9 governorship election in Imo State.

The five-member panel presided over by Justice Oyebisi Omoleye, announced that judgment in the three appeals would be delivered on a date to be communicated to parties, after parties in the various appeals adopted their written addresses as brief of argument in the appeals.

The different appellants are asking the appellate court to void the election of Ihedioha on grounds that he did not obtain the constitutional one-quarter of the votes in at least two-thirds of the 27 local government areas of the state, in line with Section 179 of the Constitution.

In their various submissions by their counsel, the appellants are asking the court to set aside the decision of the tribunal and declare them winner of the March 9 governorship election or in the alternative order the Independent National Electoral Commission (INEC) to conduct a fresh election into the office of Governor of Imo State.

The three man panel of the tribunal had in a unanimous decison delivered on September 21, held that Ihedioha was lawfully declared winner of the governorship election by INEC.

The panel chaired by Justice Malami Dongondaji, had in the judgment dismissed Ararume, Nwosu and Uzodinma’s petitions for lacking in merit on the grounds that they failed to prove allegations made in their petitions.

Apart from their claims that Ihedioha did not obtain the constitutional one-quarter of the votes in at least two-thirds of the 27 local government areas of the state, in line with the provisions of the law, the petitioners had also alleged substantial non-compliance with the Electoral Act and Guidelines, including other irregularities.

But the tribunal in its judgment held that the case of the petitioners was unmeritorious because they failed to call relevant witnesses and that evidence of witnesses called were based on hearsay.

The tribunal in addition rejected documents tendered by the petitioners in support of their claims on the grounds that those who led evidence in the documents were not the makers of the documents.

In his appeal, Ararume urged the appellate court to upturn the decision of the tribunal on the grounds that the lower court erred in law when it arrived at the decision that his case and that of his party lacked merit and accordingly dismissed it.

The appeal which was predicated on 22 grounds was argued by his lead lawyer, Awa Kalu, (SAN), while that of Nwosu and AA, was argued by Niyi Akintola (SAN) and that of Uzodinma and APC, argued by Damian Dodo (SAN).

They all urged the panel to allow the appeal and grant all the reliefs sought by the appellants.

However, lead counsel to Emeka Ihedioha and Peoples Democratic Party, Onyechi Ikpeazu (SAN) and K.C.O. Njemanze (SAN) respectively urged the court to dismiss the appeals for being incompetent and lacking in merit.

The Court of Appeal has also reserved judgment in the appeal filed by candidate of the APC, Great Ogboru against the election of Senator Ifeanyi Okowa as Governor of Delta State.

A five-man panel of the appellate court led by Justice Uzo Ndukwe-Anyanwu, reserved judgment to a date that would be communicated to parties shortly after counsel adopted and argued their brief of argument in the appeal.

Respondents in the appeal are Governor Ifeanyi Okowa, PDP and INEC.

Ogboru and his party, APC are seeking to upturn the decision of the Delta State Governorship Election Petition Tribunal which returned Okowa for a second term as governor.

INEC had declared Okowa and PDP winner of the March 9 governorship election in Delta State, having garnered majority of the lawful votes cast in the election.

But the appellants in a 37 grounds of appeal filed by their counsel, Nicholson Ichekor, asked the Court of Appeal to set aside the entire judgment of the tribunal on the grounds that the tribunal erred in law when it dismissed their appeal for lacking in merit.

The three-man panel of the governorship election panel led by Justice Suleiman Belgore, had in September dismissed Ogboru and APC’s petition on grounds that the petitioners failed to prove the cases of irregularities and malpractices claimed in their petition.

However in the appeal against the the decision of the tribunal, Ogboru and APC argued that the lower court erred in law when it relied on the issue of over voting instead of allocation of votes as canvassed in their petition to dismiss their petition.

In their brief of argument by Damien Dodo (SAN) and Akinlolu Kehinde (SAN), for Okowa and PDP respectively, the respondents submitted that the appellants failed to prove their allegations of over voting and non-compliance with the Electoral Act. 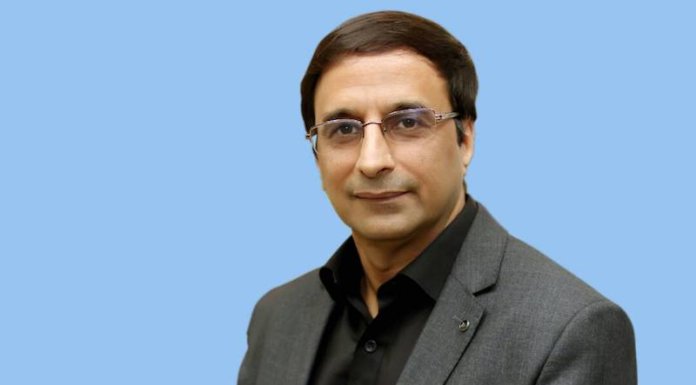