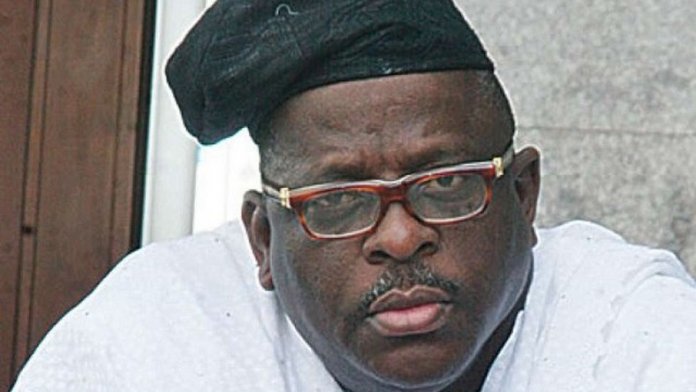 What goes around comes around. The sun rises from the east only to rise again from the selfsame place. Winter gives way to spring but for a while, for the cold of snow and the death of trees will come again. Kingdoms rise and wane and humans, once frail things, become, in old age, frail things once more. It is an eternal law of nature.

It also seems to be a law in human relationships, albeit a law that is better left un-obeyed. Exemplary is the man who decides not to give an eye for an eye. Which is a long way of saying few politicians in Nigeria can lay claim to this distinction. Former governorship candidate at the Ogun State governorship polls, Senator Buruji Kashamu and his losing counterpart in Ekiti State Ayodele Fayose, certainly don’t care too much about being models of graciousness.

For a while now, the tiff between both men has been glaring, like the splotches of red on an albino’s sunburnt skin. They avoided each other at meetings, events, forums. They never mentioned one another, except to fire arrows, and one seldom applauded his counterpart’s actions, except sarcastically. The two former buddies have well and truly thrown friendship to the winds.

If a “celebration of life” couldn’t mend the rift, perhaps it was wishful thinking to suppose that a birthday celebration could. When Senator Kashamu threw an earth-shaking final burial ceremony for his late mother, Madam Wulemotu Ebunoluwa Kashamu, who died in August at the ripe old age of 92, the entire political community was on hand to pay their final respects. Everyone, that is, except Fayose was there. Whatever their enmity was, it was shocking to many that the former Ekiti governor didn’t use the opportunity to extend an olive branch of peace.

Very well then. Fast forward to the classy 80th birthday bash thrown by Fayose for his mother. The Radisson blu, GRA, Ikeja venue of the shindig was the delight of high society on the day. The creme de la creme came in all their glory and gave it their best dancing shot as juju legend Ebenezar Obey Fabiyi dished out golden oldies from the bandstand.

Not a few thought Senator Buruji Kashamu would be the better man and attend his former best friend’s mum’s birthday for old time’s sake. What they didn’t know was that, between the two at least, old times aren’t enough to heal new grudges. And so their quarrel rumbles on.

With no end in sight and no push for reconciliation from either camp, the keen observer is waiting with bated breath to see who blinks first.