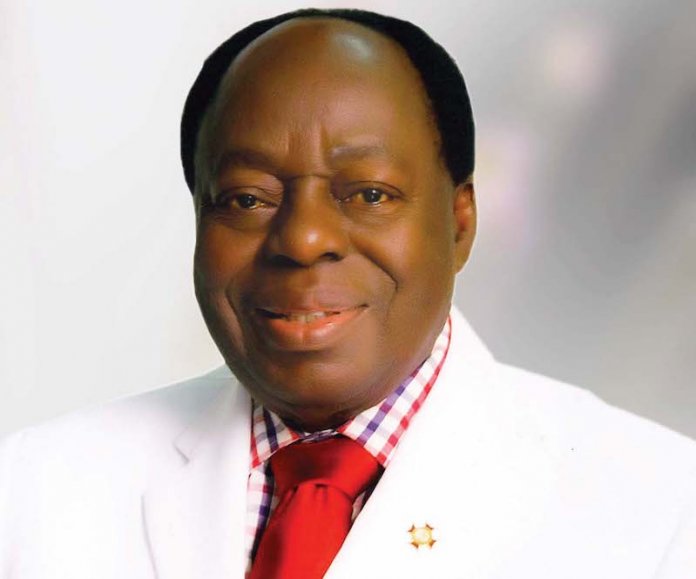 Expectedly the orator had nice things to say about the honourary awardees. On the Sultan of Sokoto, she said “He was commissioned Second Lieutenant into the Nigerian Army Armoured Corps on December 17, 1977. On December 30, 2006, he retired as Brigadier-General after 31 years’ service in the Nigerian Army, upon appointment as Sultan of Sokoto. A professional of no mean status, the Sultan attended various professional courses and seminars in Nigeria and abroad with the highest being the Senior Executive Course No. 28 at National Institute for Policy and Strategic Studies, (NIPSS) between February to November, 2006. A keen believer in peace, the title of his research paper at NIPSS, was Religious Extremism as a National Security Problem: Strategies for Sustainable Solutions. During his Military career, he held various appointments in Command and Staff positions. They include his being at African Unity (AU) Peacekeeping Operations in Chad Republic, 1981; 201 Presidential Security Unit 1987/1988; Economic Community of West Africa States (ECOWAS) Secretariat as Military Liaison Officer, 1995-1999; ECOWAS Operations in Sierra Leone as Commander 1999-2000; and Nigeria’s Defence Adviser to Pakistan with concurrent accreditation to Iran, Iraq, Afghanistan, Saudi Arabia, and the Gulf States, February 2003 to February 2006.”

On the Obi of Onitsha, the orator said “His Royal Majesty Nnaemeka Alfred Ugochukwu Achebe, Agbogidi, is an enigma, a study in contrasts. Here is a man of humble of birth, taught from the cradle how to walk with the lowly and toil for a living, yet he rose to the dizzy heights of royalty, majesty and splendor, the stuff of which dreams and legends are made. Trained as a scientist and schooled in the best traditions of Western scholarship and erudition, he now holds the traditional scepter of authority in service to his people in the backwash of rural-urban Nigeria. Urbane, elegant and stately in carriage and comportment, he dares to build a bridge between an ancient past, complete with traditional lore and values, and the emerging realities of a new century and a new millennium. He has become the custodian of the ancient traditions of Onicha Ado N’Idu, yet he holds with tenacious ease, to the religion and convictions of modern day Nigeria and Africa. An accomplished corporate manager and boardroom strategist, he combines the imperatives of the monarchy with an abiding faith in democratic ethos and values. Mild, soft and on occasion distant and aloof, he has stood with his people in a close embrace that adulates in past glory, defines the challenge of the present, and envisions the goals of the future. That is the man, the royal personage, the quintessential leader and the trail blazer, the man of culture and sophistication, Obi Nnaemeka Alfred Ugochukwu Achebe”.

I was invited to Ado-Ekiti by my friend, Professor Anthony Adegbulugbe, an Erudite Scholar, Energy Expert and Serial Entrepreneur who has enjoyed a checkered career in the Academia, Business and Government spanning 42years.
The public orator said this of him “In recognition of his brilliance, Professor Anthony Adegbulugbe has received several awards such as the best student with a B. Sc (Hons) in Electrical Engineering (First Class) in 1976, Special Alumni Merit Award OAU 2003, Presidential Special Merit Award by the Nigerian Society of Engineers 1992, Best Nuclear Materials Paper Award for best student paper Materials Science and Technology Division, 1981; Faculty of Science, Distinguished Scientist Award OAU 2004. Remarkably, in 2007 our Honoree was acknowledged globally as a Contributor to Intergovernmental Panel on Climate Change (IPPC) Assessment Reports which won the IPCC 2007 Nobel Peace Prize along with United States Vice President, Al Gore.”

On the former governor of Lagos State, Chief Bola Ahmed Tinubu, the public orator, Professor E. Smaranda Olarinde, Acting Vice Chancellor of the University, said, “Asiwaju Ahmed Bola Tinubu remains Nigeria’s most relentless fighter for democracy, justice and the rule of law. No history of modern Nigeria can be complete without giving due regard to his contributions to safeguarding the democratic aspersions of an entire nation and its people, regardless of creed and ethnic background, at a time when those aspirations were deeply threatened. Today, he remains the most vociferous voice in the call for Nigeria to return to the path of true federalism and for him, the star prize is the enthronement of fiscal federalism that will give governors and chairmen fully funded mandates and accelerate grassroots development. Thanks to Bola Tinubu’s untiring political maneuvers and nationalistic approach to politics. Nigeria is now a two-party state presenting Nigerians with clear choices. This is in tandem with his tradition of selfless sacrifice, political foresight and unequalled commitment to progressive and people oriented politics. Bola Tinubu has served the cause of humanity and expanded the frontiers of freedom and democracy in Nigeria and the African Continent. Bola Ahmed Tinubu, is one of Nigeria’s foremost nationalists and champions of federalism. He is one of the few leaders and champions of democracy with the potential and experience to take Nigeria to the next level.”

I travelled from Akure to Ado-Ekiti. I should have passed through Ita-Ogbolu/Ikerre to Ado Ekiti but a friend, Fola Ayegbusi, advised that the road had broken down. The road is Federal Government road. In the past it will take anyone less than 30minutes to get to Ado-Ekiti from Akure, so I was advised to pass through Igbara Oke/ Igbara Odo/ Ilawe to Ado Ekiti. The road itself was bad but manageable. From Ado-Ekiti to the campus of Afe Babalola University, which is about 8.5km was equally bad too. The Ado-Ekiti that I saw on that day was a different city. Development has taken place and the city could be ranked among the most developing city in the country. The last time I was in Ado-Ekiti was during the tenure of my friend, Chief Segun Oni and that was ten years ago. His then Chief of Staff, Prince Segun Ilori, hosted me then. Ado- Ekiti wears a new look now with overhead bridges and the city is very clean.

At Afe Babalola University, it is better to be there than to describe it. I cannot believe that the University was established ten years ago with the level of development and the gigantic buildings in the institutions.
It is the first private university in Nigeria to take off on its permanent site with all human and material resources on ground. According to Chief Segun Oni who was the Ekiti state Governor when the university was established, he said “Wednesday 1st October 2008 was a different Independent Anniversary celebration in Ekiti. No parade, no march past. The State Executive Council took a resolution to dedicate the independence celebration to support Aare Afe Babalola, SAN, at the ground breaking of what is now Afe Babalola University, Ado- Ekiti (ABUAD). At the virgin forest in Erinfun, an area of about 1000 square metres was freshly cleared to accommodate canopies and guest cars’. At about 10am, guests were pouring in, events started. The peace of the virgin forest has been chartered forever! History was made. What is today one of the greatest private sector initiatives in the education landscape of the continent of Africa began.”

At the Convocation Ceremony, Chief Emmanuel Afe Babalola was seen glittering all around with his wife, Modupe Babalola, who is the daughter of Mrs Lapite from Owo in Ondo state. She wore a designer academic cap on that day. Chief Afe Babalola is a lucky individual. Extremely lucky. At 90, he does not use a walking stick neither does he use any pair of reading glasses. He still walks like a 30year old man. I knew him in Ibadan in 1973 although I am not close to him. My office in THE NIGERIAN HERALD was opposite his own in Adamasingba. He was very close to three of my friends at that time—Kayode Osifeso of the DAILY TIMES, Richard Amayo of THE NIGERIAN OBSERVER and Alhaji Adeola Bashiru alias Asiriabo also of THE NIGERIAN OBSERVER. They spoke highly of him then and of his hard work. In 1987, he came to see my then boss, Governor Ekundayo Babakayode Opaleye of the then Ondo state in Akure. He first came to my office before seeing the governor. I reminded him of his then office at Adamasingba, Ibadan and of what my friends said about him. He expressed his gratitude.
At that time we were told of his bosom friendship with Chief Festus Olusola Fajana from Ado-Ekiti, father to Susan Jumoke Fajana-Thomas, UK Labour politician and the former Mayor of Hackney in London. The two of them were like twins.

A lot has been said about Chief Afe Babalola and a lot will still be written about him. He is a self-made man, who believes in hard work.

Chief Afe Babalola was born in Ado-Ekiti about ninety-years ago. I am told his mother died at 107 years old. Longevity is in their family. Chief Emmanuel Afe Babalola attended Emmanuel Primary School, Ado Ekiti. He later enrolled for the Senior Cambridge School Certificate examination by private study from Wolsey Hall, Oxford. He later obtained the A’Level certificate of London University before he proceeded to London School of Economics where he received a bachelor’s degree in Economics. He worked briefly at the Central Bank of Nigeria before he left to the University of London where he obtained a bachelor’s degree in Law. In 1963, he was called to the England bar, the same year he became a member of Lincoln’s Inn, London.

Chief Afe Babalola began his career at Ibadan, as a litigation lawyer Olu Ayoola and Co, law firm. In 1965, after two years of legal practice, he established his own law firm, Afe Babalola and Co. (Emmanuel Chambers). In 1987, he became a Senior Advocate of Nigeria, the highest rank in Legal profession in Nigeria. In 2001, he was appointed, Pro-Chancellor of the University of Lagos by Chief Olusegun Obasanjo, the former President of Nigeria. He held the position till 2008 during which he emerged as best Pro-Chancellor of Nigerian Universities consecutively in 2005 and 2006. In 2009, he established Afe Babalola University to promote education in Nigeria and the university’s College of law has at different times rated best in Nigeria. In 2013, the university was ranked the second best private university in Nigeria and 17 of 136 universities in Nigeria. He was described by the Governor of Ondo State, Arakunrin Rotimi Akeredolu, SAN as a molder and builder of future leaders as well as a philanthropist of repute during the 5th convocation ceremony of the institution in October 2017.

My impression after the tour is that a miracle is going on in Ado-Ekiti. I hope and wish it could be sustained. 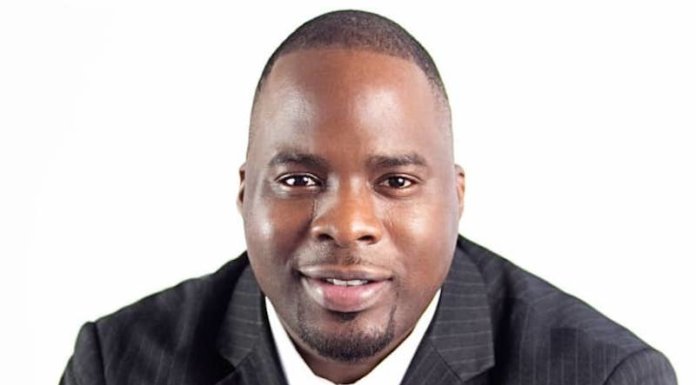