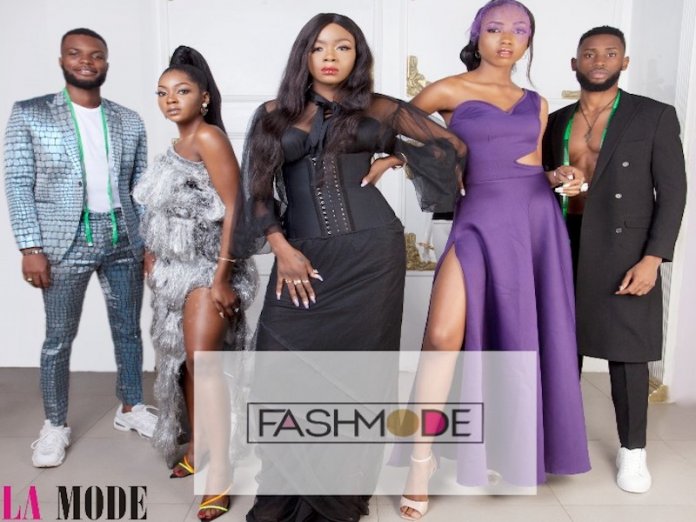 La Mode Magazine, a leading fashion magazine in Nigeria, is out with a new and innovative reality competition, never been seen on African television and online platforms called ‘FashMode’.

According to the Chief executive Officer and Publisher, La Mode Magazine, Sandra Odige, “ ‘FashMode’ is a fashion and modeling reality TV show that looks to showcase and promote emerging fashion designers and aspiring models, as well as promote the idea of building a solid relationship between the designer and the model who will showcase their designs.

“The show also looks to build confidence amongst fashion designers, and give them an opportunity to pitch their ideas to willing investors. The show will see 24 contestants, 12 designers and 12 models live in one building for the course of five weeks.

“They will be grouped in pairs (One model and a designer make up a pair) and given tasks to execute each week. At the end of the week at least one team will be evicted from the show until only five teams are left.

“The remaining five teams will compete for the top spot on the final week, and they will be evicted one team after another until the winning team is left standing on the stage and be declared as the ultimate FashMode combo.

“The winning team will gets, N6 Million in cash, which would be shared equally among the fashion entrepreneurs and the models. They will be given an all-expense paid trip to Dubai, and placed on the cover of the next edition of La Mode magazine after the show ends.

“In addition, they will both be entitled to a year supply of La Mode Magazine, and the model crowned as the ‘Face of La Mode’. They will also get the opportunity to showcase their designs and creativity at the next edition of the ‘La Mode Green October’ event and other top fashion shows platforms.”