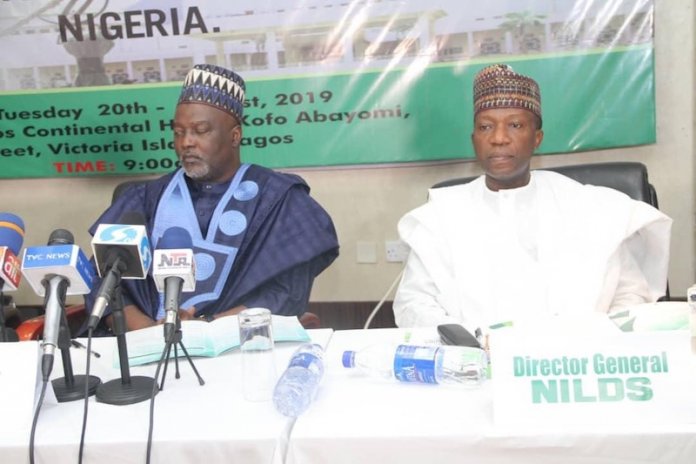 The Director General of the National Institute of Legislative Studies (NILDS),  Prof. Abubakar Sulaiman, has called on the Independent National Electoral Commission (INEC) to propose  amendment to the Electoral Act to prune the number of political parties in the country from 91 to three.

He stated that most of the political parties in Nigeria were nothing but ‘jankara’ political organisations that were adding no value to democracy.

Sulaiman disclosed this yesterday in Abuja at a pre-convocation press conference of the University of Benin/NILDS third convocation ceremony.

He noted that for the country to have a well deepened political culture, there was need to reduce the number of the political parties.

The Director General said that some political parties today don’t even have offices in various states level, but they occupy space on the ballot paper, thereby causing confusion.

Sulaiman stated: “Some Nigerians in the rural areas could not differentiate between certain symbols because we have a ballot paper that is as lengthy as a 1km.

So, the earlier we have guided democracy the better for us. INEC should come out with a move, maybe that will take to another amendment in the Electoral Act, but they must initiate that move.

“I remember the late Gani Fawehinmi was the one that advocated for it. He spoke for it, but one of the things we observed in Nigeria is that it is not only power that is being abused, at times freedom too is being abused. Our people take freedom for granted, we are abusing the freedom and if care is not taken in the next two or three years, we would have up to 200 political parties.”

He noted that while the issue was still on going, the institute would not want  to be seen to be prejudicial, but added that at appropriate time, when it services is required to make an input and give an academic flesh to it, it would do that.