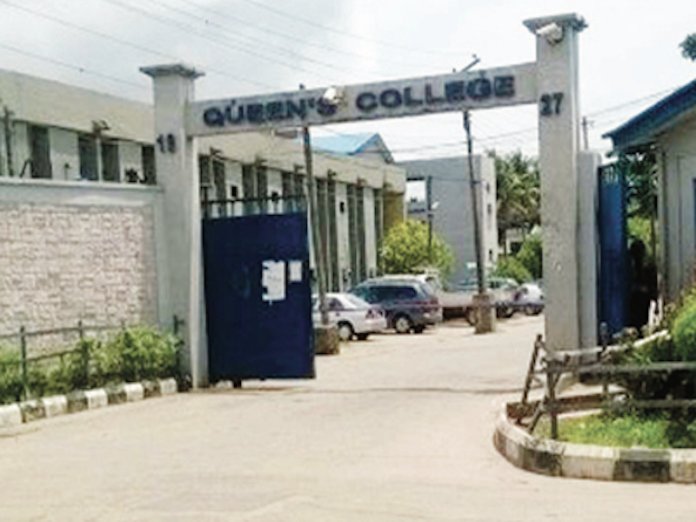 The management of Queen’s College, Lagos recently rolled out the drums to celebrate the 92nd anniversary of the school, as old and current students, past principals and staff and other friends of the school turned out in their number to witness the occasion.

Amids the celebration was the need to sustain the academic excellence the college is known for, which has kept the school running.
In her remarks, a former Minister of Education, Prof. Chinwe Obaji, who was the special guest of honour, said what has kept the school over the year is the vision of the founding fathers and the foundation of excellence laid by pioneer principals.

Obaji, an old student of the school, who bemoaned the high turnover of principals in unity schools in recent time, said some principals are sent to schools nine months to their retirement. “That time is too short for them to leave a legacy.

The ex-minister, who also questioned the rationale behind sending directors in the ministry to schools as principals, said: “What we had before, not only in Queen’s College, but all those other schools that were making waves in our days; we had people go from the classroom to the ministry.

“They came in as classroom teachers, rose to the rank of principals of schools; and then having taught in a school, you understand the school. But what we have today, we are getting people who have never taught in a secondary school being posted to schools as principals because they are directors.”

The Principal of the school, Mrs. Tokunbo Yakubu-Oyinloye, who expressed delight to be the principal at the time of the 92nd anniversary, commended the federal government for sustaining the school by providing resources, posting teachers and giving training and retrainings. She also thanked the hard working teachers and non-teaching staff and some old girls and various stakeholders who also support the school.

On the challenges confronting the school she said there is always pressure when it comes to admission. “So many people want their children to come here from all over the country and all over the world, but we have limited space so we cannot take everybody and of course we always need more teachers, more members of staff and infrastructures also need to be maintained.”

She advised the students to work hard because they can be anything they want to be.
Also speaking, the President of the Queen’s College Old Girls’ Association (QCOGA), Mrs. Ifueku Omoigui Okauru, said as old students, they will carry the foundation that the school laid in their lives for their entire journey on earth.
“As old girls and students, the onus is on us to ensure that the torch keeps gleaming. Excellence is our watchword in whatever facet of life we are in.

To QC students, we encourage you to be good examples of what a QC girl stands for: morality, academic excellence and well-rounded education. We are QC girls. We are leaders in the communities we serve,” she said.

Okauru also commended the teachers and management of the school for the good job of developing leaders by their firm determination to guide this generation of students. “Leadership starts now. Forging greatness starts now. No one is too young to lead and make a difference. I pray you do not relent in your efforts as you constantly learn, relearn and pass on your wealth of knowledge.”

She urged parents to always encourage their children in their learning process. To be involved in their lives; their academic and social activities. “Guide but do not stifle their progress and creativity. Listen to their innermost concerns and encourage them to speak up at all times. Support them in becoming great leaders of a world that is constantly changing and in which careers have no set definitions or boundaries.”