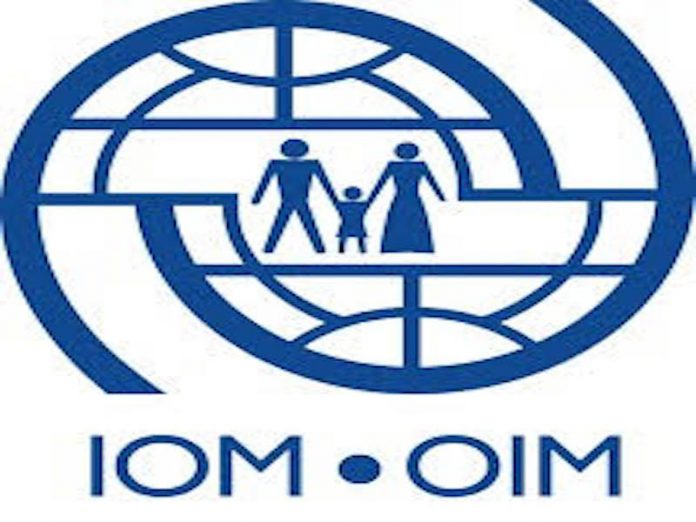 Despite the effort of governments at different levels to restore peace and stability in North-west and North-central, the security situation in all parts of the geo-political zones still remain fragile, the International Organization for Migration (IOM) has said in its latest report.

IOM, the world’s leading intergovernmental organisation with focus on migration, ascribed the fragility of the two geo-political zones to increased instances of banditry, cattle rustling and kidnapping, among others, that had been daily occurrence in almost all states in the affected zones.

The organisation raised the alarm in its Displacement Tracking Matrix (DTM) report, a bi-monthly assessment of the displaced population in the North-west and North-central it released on Thursday.

In the report, the IOM claimed that the security situation complicated humanitarian emergencies in the two zones.
In recent time, the North-west had been experiencing increased activities of bandits, cattle rustlers and kidnappers, among others, a situation that had put lives of residents and their assets under threat in Katsina, Kaduna, Zamfara, Sokoto.

With the rising armed attacks, the Katsina State Government had declared amnesty for all repented bandits and kidnapers. The amnesty helped the state governments secure the release of scores of victims that were kidnapped for ransom.

In North-central, also, farmers-herdsmen conflicts had claimed hundreds of lives; forced thousands out of their ancestral roots; denied children access to schools and deprived thousands of farmers of their livelihoods.

But in its new report, the IOM said the attacks “have led to a series of displacement lately. The security situation remains fragile despite efforts by the government and security units to restore peace and stability in all parts of the affected states.”

Based on evidence its DTM Unit gathered in Zamfara, the IOM claimed that there “have been reports of attacks within villages near the border, with many of the villagers moving out of the affected locations to nearby villages.”

Between October 2 and 12, the organisation pointed out that the armed attacks led to large movements of people to different locations in other local government area within and outside the states in North-west and North-central.
It said tensions “continue to rise due to the ongoing threat of armed bandits and an actual attack on the military on October 4 2019 in Anka LGA, Zamfara state. The movement of internally displaced persons (IDPs) increased due to the fear of possible attack and kidnapping.”

Meanwhile, the organisation observed that the IDPs from neighboring states of Sokoto and Katsina “moved into Zamfara State due to attacks in their states. Zamfara state is currently the most affected with 9,818 displaced individuals.

“Many of the IDPs in Zamfara State would like to return to their place of origin, but the deadly attacks persist. It will also take time for them to restore damaged properties and recover from the looting of farm produce.

“Many of those in the camps informed DTM staff that their cattle have been carted away. There are locations where people have moved out of their villages despite no attack and the fear of imminent attack is a reason cited by many as preventing them from returning home.”

It, also, observed that Katsina and Sokoto had reported attacks in villages neighboring Niger Republic, though the closure of borders in Katsina State had prevented movements between the borders of Nigeria and Nigeria Republic.

“The Katsina State Government has ordered the closure of all camps and advised all IDPs to return to their place of origin. According to the IDPs, they will rather move into the host communities than return home due to fear of attack.”

However, the organisation observed that some still returned home “to attend to farm activities as the current location cannot meet their livelihood needs.”

In the case of North-central, the organisation claimed that Benue State recorded the highest number of displacement in the geo-political zone.

It added that locations sharing boundaries with Taraba state, especially in Ukum LGA, in the past weeks “have experienced attacks and clashes between the Jukun people of Taraba State and the Tiv people of Benue state.

“This situation led to the displacement of 49 households (302 individuals) on October 9 alone. According to one of the key informants, some of their relatives are still caught up in the hostilities but the village chiefs in their current location have sent a vigilante group to rescue the remaining.”