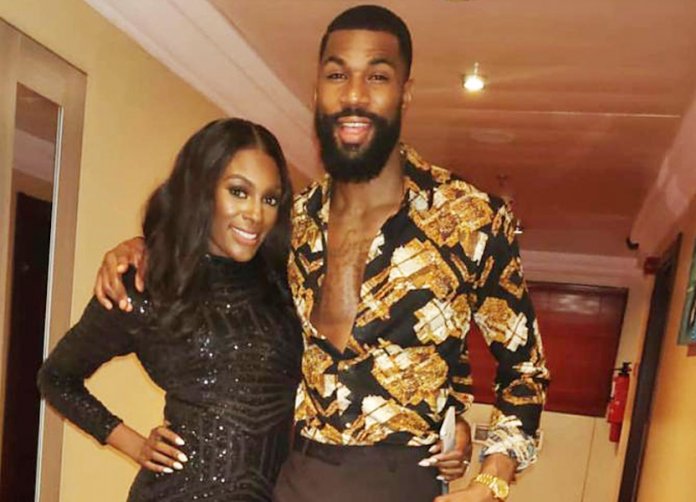 “Frodd is very grateful for the support and I want to thank you all for that,” a woman in her 50s or so it seems says, looking into her phone as she captures herself on Snapchat by the poolside of Chesney Hotel, Victoria Island. The woman who was with two kids and a lady is the mother of one of the last five housemates at the just concluded Big Brother Naija Season 4 Pepper Dem edition. Her son Chemeka ‘Frodd’ Okoye survived eviction till the 99th day of the keenly contested reality television show.

He would sooner invite them to join him in his room, proof that family is everything to the young man who once lists paying for his mother’s surgery bill as one of the proudest moments of his life. It is two weeks since the show ended on October 6, but the excitement continues for the housemates, who were all lodged at Chesney,  apart from the disqualified Tacha. Besides being discreet, the boutique hotel has always been known for being a quiet and serene environment that pays attention to guest’s individual needs.

On entering the place this sunny Sunday afternoon, some of the housemates were seen checking out, while others stayed back to enjoy Chesney’s famed hospitality as they prepared for press rounds, like ‘baby girl’ Diane, and 2Pac Shakur look alike, Ike, whose love interest, Mercy won the grand prize worth N60 million. The newly-minted celebrities now carry an air of self-importance which could be easily discerned. Obviously their status has been enhanced since participating in the show and a new life beckons.

At the hotel lobby was Cindy with a photographer and a make-up artist who preens her face almost twice within a short time before she left. Before then she was joined by housemate Mike who had just walked in with his lovely wife and a few others. Both former housemates exchanged pleasantries and took ‘selfies’. Mike and his beautiful wife, Perri Shakes-Drayton, were all shades of adorable as a couple. They were constantly serving couple goals with a cute public display of affection for each other.

Mike Edward’s wife had traveled all the way from London to Oshodi for Mike’s case towards the end of the show to campaign for her man through the popular National Union of Road Transport Workers Chairman, Musiliu Akinsanya aka MC Oluomo! Mike in one of the tasks during the competition had done a rendition of Teni Makanaki’s hit, ‘Case’ wherein she mentioned Oluomo, thus the affinity. Mike won the admiration of many for the way he conducted himself while in the house. He was just a year into marriage before joining the competition, and though he was exposed to an array of beautiful ladies and several opportunities to cheat on his wife, he remained true to his vows.

Mike wouldn’t have been in the house if he were unmarried. He had made a commitment to his wife on the day he took his marriage vow and that decision stays as BBN was just a game. The Jamaican-Nigerian narrowly missed the coveted title of the Big Brother Naija ‘Pepper Dem’ season four winner but majorly won hearts as the MVP for his loyalty to wife. At this stage, the former Olympic athlete says he’s open to everything.

The reality TV show ended with a first female winner emerging from the final five housemates who had endured 99 grueling days of little contact with the outside world; no phones, no access to radio, TV and other devices to keep them abreast of events outside the house. Concurrently, they were catapulted from relative obscurity to celebrity status. With post-event media rounds to meet, the housemates had spent the last week at Chesney.

Previously evicted housemates also stayed at the hotel for a few days as they met their media obligations. And they have helped bring Chesney into renewed focus, with many of their pictures and videos revealing their location to the discerning. The 50-room Chesney appears ideal for business travellers and corporate guests used to global standards, with emphasis on personalised service.

In line with its discreet nature, there is no signpost outside, just a street number. Most people don’t even know this location is a hotel but this suits their clients which includes Multichoice among many other corporate organisations. Access to gadgets, friends, family and a lot more freedom means there’s less tension. Throw in the Chesney effect and you understand why the Sunday was a fun day all round.