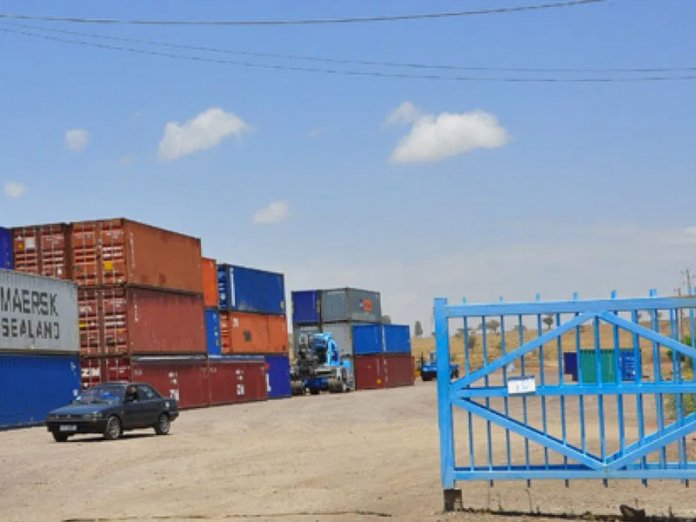 Efforts by the federal government to decongest Lagos ports is beginning to yield the much desired fruits as the government will in the next three months open the Jos and Funtua dry ports for operation.

The Executive Secretary of the Nigerian Shippers Council (NSC), Mr Hassan Bello, who disclosed this to newsmen in Lagos, said the two dry ports would be ready between December this year and January 2020.

According to him, “We have up till December to bring on board Funtua and Jos. Two weeks ago, we had meetings with Funtua and Jos and we gave them the timeline for us to work so we see things are done.”

Bello also said that a lot of progress was being made by Kaduna dry port, but added that the issue remained the slow movement of containers from the seaports to the dry ports through rail.

“Am worried about the capacity of the Nigerian Railway Corporation (NRC), they now take containers from Lagos to Kaduna where they are examined. Because they are using narrow gauge, we are worried about the speed which is 60KPH – that is the average.
“We need frequency and certainty so that we can schedule that in every two days, it will take about 40 containers. They are overwhelmed in Kaduna. Many shippers have companies like Nokako in Kaduna, Orland Farms. They want to use Kaduna, but the capacity of the rail is another issue,” he said.

He, however, said that every agency of government has shown commitment to the success of the dry port.

Bello, noted that the NRC was making efforts to increase the number of containers being moved to Kaduna by rail on weekly basis.
He said: “We have upped the number of containers. NRC has been very committed and the containers are taken there, they are examined there. The Customs Service has upgraded their Command. Central Bank of Nigeria has recognised Kaduna in electronic Form M – Kaduna as a port. Many banks are moving because of the transaction. NDLEA, SON, SSS, Police are in Kaduna.”

Bello, also disclosed that Kaduna was witnessing a lot of export growth because of the dry port.
“Export has grown in Kaduna. Cow horn, Ginger, Hibiscus are being exported through Kaduna. So what NSC is trying to do is to acquire the land adjacent Kaduna dry port so that we have it for processing. We don’t want these raw materials to be exported. We want ginger to be processed and packaged so that there will be value addition. This will mean employment for people. We want Zobo to be processed and packaged.

“We have been working with the Ministry of Finance to have a pre – inspection agency so that what we do, immediately this is done, the ship is waiting because of schedules and train will take these things. Kaduna will be a success story especially with rail coming on. And then we are looking at Kano which unfortunately has not been able to do anything. But we are into it. The moment we do that we will decongest the seaports and we bring shipping closer to the people and we grow the economies where these dry ports are sited.
“Am happy with what is happening in Kaduna, I am happy with the regulators, CBN, Nigeria Customs and many others who recognized Kaduna and they are doing business there,”he said
On the council’s effort to assist some of the concessionaires to secure investors for their projects, Bello said a tremendous result had been recorded.

He said: “Some (dry ports) are dealing with Chinese companies. Like Jos, some with the Canadian investors at Isiala Ngwa. They are working at it, always having meetings.”

He said: “What we want is that with rail, we can tract the containers, so that there will not be any diversion, so that Customs will not lose that revenue. That is very important”

He disclosed that very soon, the people of Niger would be coming to inspect Kaduna so that their cargo can come through dry port.

“We had meetings with Niger three weeks ago. They want their cargo to come, but they are looking at Kaduna. Already the Kaduna State government has led a trade delegation to Niger – so that they will consolidate that,” he said.

He commended the Kaduna State government for their efforts in ensuring the success of the dry port through infrastructure development.
“Whatever happens to Kaduna, we should not forget, has the support of the Kaduna State government which has been solidly behind the Kaduna dry port. They provided so many things, the roads. They have done the in and out of the roads, they have provided security, light, water and any other infrastructure. So, what we are trying now to do is to make Kaduna security compliant, ISPS Code. It is very important, that is what is remaining. Then, the FIATA recognising them which we are doing with the Council for the Regulation of Freight Forwarding (CRFFN).”