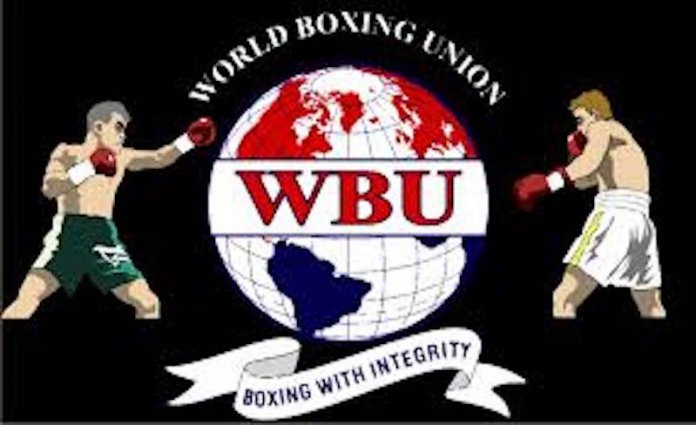 The sold out event tagged ‘The Homecoming’, took place at the historic, St George’s Hall in Bradford, hometown of Tasif Khan, who defended his World Boxing Union (WBU) Super Flyweight title in the main event.

The iconic St George’s Hall was hosting a boxing event for the first time in its history and both King Davidson and Sule Olagbade did not disappoint.

Sule ‘Tyson Kill’ Olagbade was sensational in his counter punching and his defence was virtually impenetrable as he achieved a unanimous decision victory over Nicaragua’s Arnoldo Solano after 12 fantastic rounds of boxing.

Judges Jonathan Pasi and Kornelius Bernds both scored the contest 116-112 while Judge Thomas Hakenberg scored it 118-111 all in favour of Olagbade as he retained his World Boxing Union (WBU) Super Welterweight World title.

Kamoko secured a TKO victory in the third round after working the German hard with big lefts and rights and ended it with a crushing blow that sent the German down cold.

Bilgetekin was revived by the ringside doctor as Bukom Banku won his first ever international title.

He TKOed Mexican banger Juan Lopez Martinez in the fifth round.

The tough Mexican survived two knock downs in the fourth round but could not survive a massive body shot in the fifth round.

In other bouts of the night, Rad Rashid knocked out Hasan Kurnaz in the first round in a battle of big German heavyweights.

In the opening fight of the night, Germany’s Avni Selimi beat Lithuania’s Thomas Vaicickas via fourth round TKO.

In all, it was a bold statement of an English debut made by Monarch Events and Promotions putting up a card of three World Championship fights, an International title fight and a pair of International Heavyweight contests.

Recall that In 2018, Prince Stanley Williams the CEO of Monarch Events and Promotions staged big events, ‘Boxfest’ in April and ‘King of the Ring’ in December both in Lagos with as many as six World title fights and emerged World Boxing Union (WBU) promoter of the year.