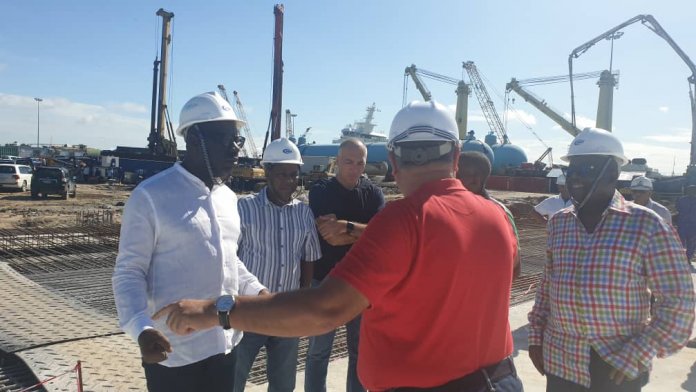 The port serves as an inspiration for the Benin River Port, being developed by the Edo State Government and China Harbour Engineering Company Limited.

The governor, who has been attending meetings in Abuja and Lagos, at the weekend, said that key among the issues discussed during the inspection was how Dangote’s port would be linked to the Benin River Port to supply petrochemical products to the port in Benin.

According to him, we  discussed areas of cooperation and support for the Benin River Port, which will have facilities to receive products directly from Dangote’s plant.

The visit included inspection of the Dangote Refinery and Petrochemical plants, reputed to be a game-changer in Nigeria’s petroleum industry.

The Benin River Port is also expected to serve as a sister port to the Lekki Deep Seaport, being developed by China Harbour Engineering Company Limited. The preliminary tests for the Benin port project have been finalised.

Of Lockdowns and Social Inequalities

Rivers Has Infected My Manager With COVID-19, Says Owner of Demolished Hotel