The Chief Justice of Nigeria (CJN), Justice Ibrahim Tanko Muhammad, has lamented that the country is plagued with plethora of problems, saying that while the general climate is unsuitable, the country’s economic weather is equally unfriendly.

The CJN, who was represented by Justice John Tsoho, at the unveiling of the 9th House of Representatives Legislative Agenda, in Abuja Friday, said that the importance of the legislative arm of government in the effective and efficient administration of a country cannot be overemphasised.

He said that the legislature plays the pivotal role of stabilising governance by making laws that would ensure societal order, peaceful coexistence of the citizens and good governance of the federation.

Muhammad noted that the legislature is no doubt, the bedrock of every democracy, adding that no democratic government thrives without a solid and well articulated parliament.

The CJN stressed that the progress and wellbeing of a nation rest on the shoulders of its National Assembly, while also pleading with lawmakers not to handle the enormous powers conferred on them by the Constitution with levity.

He stressed that the onus lies on the lawmakers to meticulously steer the ship of governance through the right waters to avoid any storm or turbulence, noting that the destiny of the Nigerian State lies in their hands.

The parliament, he said, has a broad oversight functions and is equally empowered by the constitution to form committees of its members to scrutinise bills brought before them and also critically examine the conduct and activities of government institutions and officials, which invariably cuts across the other two arms of government, the executive and judiciary.

Muhammad explained that this sweeping power was not bestowed on the legislature for fun, adding that it was absolutely with the intent to strike a balance between the three arms of government and also ensure compliance with the doctrine of separation of powers, which is anchored on checks and balances and enthronement of a regime of mutual relationship and interdependence.

He noted that this is a constitutional provision that the lawmakers must cherish and apply to the letter, with a view to evolving the rule of law and egalitarian society.

According to him, “In your ninth House Legislative Agenda, you should endeavour to carry on board the general welfare and wellbeing of all Nigerians. The times are quite unfavourable, to say the least. The general climate in the country is literally inclement. The security challenges across the country are gaining momentum by the day; and the right legislation should be put in place to arrest the tide. The economic weather too is quite unfriendly. The purchasing power of an average Nigerian is waning.

“It is no more news that unemployment now governs the labour market. As you settle down to roll out your agenda for the ninth Assembly, I crave your indulgence to fashion out new laws that will address the plethora of problems plaguing our nation.

“I will like to assure you that as you embark on this important voyage of national rebirth and reinvigoration through effective, people-oriented legislation, the judiciary is solidly behind you. Since our role is strictly limited to the interpretation of the laws of the land, we will not leave any stone unturned in that respect. You can be rest assured that you already have a good and dependable ally in the Nigerian Judiciary.

“We will on our part, as usual, vigorously pursue the observance of the rule of law by all citizens. There is no sacred cow anywhere, as no one is above the law, no matter his or her position in the society.

“Justice must be served without fear or favour. Every law of the land must be obeyed. Let me assure everyone present here that the consequences of disobeying lawful court orders will be too grave to bear. We all should gird our loins to do our constitutionally assigned duties with due diligence so that Nigeria can be the pride of everyone.”

Also at the forum, President Muhammadu Buhari assured the lawmakers that the executive will not undermine the existing harmonious relationship with the legislature.

Buhari, who was represented by the Minister of Environment, Dr. Muhammed Abubakar, said he is willing and ready to go the extra mile to continue in line with the initial cooperation between the legislature and the executive.

The president noted that the legislative agenda was carefully thought out, crafted, coordinated and put together for the benefit of everybody.

He stressed that it is through this agenda that the legislature in cooperation with the executive would be able to provide the needed goods and services to the people and to protect the people.

The president said: “During budget defence, I assured you that all the ministers and MDAs will appear before the National Assembly to defend their budget. If we do anything short of that, that means we are undermining the cooperation between the executive and the legislature and maybe undermining the progress of the country. And so I assure you, you will not have that problem if not showing up.”

On his part, the Senate President Ahmed Lawan said the two chambers have the same mission, which is to take Nigeria to greater heights in the next four years.

He added that the leadership of the two chambers emerged from a transparent process and as such the chambers are experiencing stability, which he would translate to sustainable development trajectory for Nigeria.

Lawan said that both chambers have decided to pass the 2020 Budget before the end of the year by the grace of God.

He stated: “Already the House has suspended plenary, the Senate will do the same on Tuesday for the consideration of budget defence by MDAs.

“I will like to take this opportunity here today to say that only the window of October is available for budget defence. Any minister or any head of agency who decides to travel out of Nigeria without defending his or her budget will have no opportunity again to defend that budget.

“The National Assembly will do the right thing, will do the appropriate thing, we will work on the budget and pass it. We will not allow anyone to frustrate our desire to pass 2020 budget by the end of this year. It is an opportunity for everyone who is supposed to defend her budget or his budget to take the opportunity available.”

Earlier, the Speaker of the House of Representatives, Hon. Femi Gbajabiamila, said that poverty and inequality, insecurity and strife are the product of policy choices, and are not the result of some inherent flaws in human nature, or a consequence of an absence of God’s favour on our endeavours.

He said that the document that was presented publicly Friday was the product of extensive deliberations and contributions from within and outside the House. 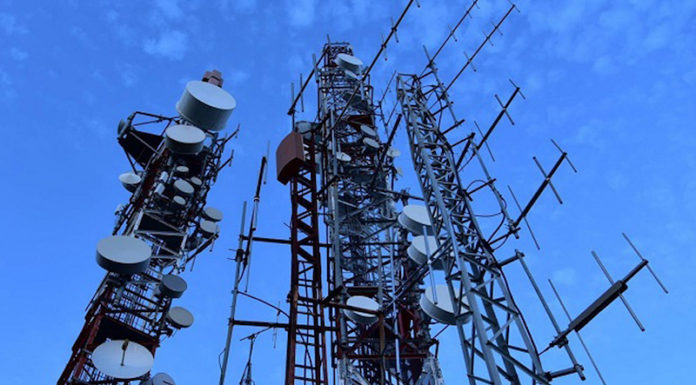