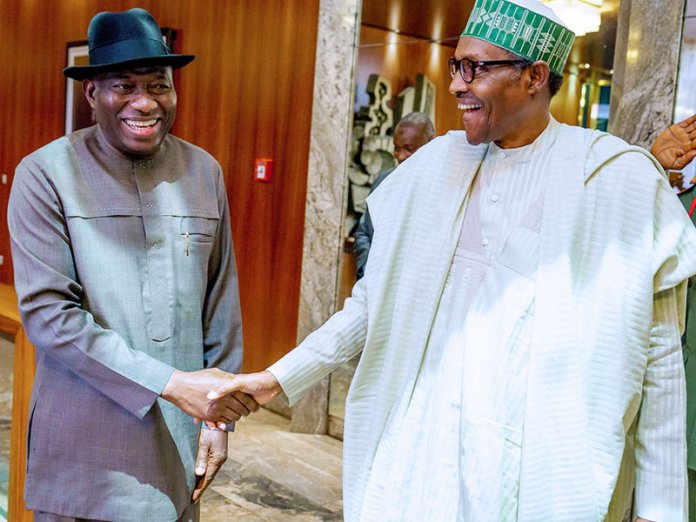 Jonathan’s spokesman, Mr. Ikechukwu Eze said in a statement Thursday that the former President is billed to leave the country today for Maputo, capital of Mozambique, where he will be overseeing the deployment of the mission’s 40-member team of observers to different parts of the country.

He is also scheduled to hold consultations with various stakeholders in the country including government officials, members of the electoral commission, political parties, civil society, media, members of the diplomatic corps, and other international observer groups.

Jonathan also held a closed-door meeting with President Muhammadu Buhari at the Presidential Villa, Abuja yesterday, where he was said to have briefed the president on his new assignment.

In a letter of invitation signed by the Chairperson of the African Union Commission Mr. Moussa Faki Mahamat, the AU described Jonathan as a man who is deeply committed to peace and democracy on the continent.

It said: “Given Your Excellency’s vast experience and commitment in promoting democracy and peace on the continent, I would like to invite you to lead the African Union Election Observation Mission (AUEOM) to the Republic of Mozambique.”