In a clime that is known for its short-termism, where the celebrated men and women of today become the discarded clothes of tomorrow with hardly a memorial to honour their existence, Taiwo Lakanu, one of the finest officers stands like a towering exception to the rule. Whereas some of his mates with whom he entered the police Force have become refuse in the dustbin of history, the Super Cop demonstrates rare staying power and beautiful career as a police officer. In the next few days, the well-connected man of means will be 60.

On October 13, 2019, at Red Carpet Hall, Oniru Victoria Island, Lagos, there will be a big celebration in his honour to celebrate his 60th birthday and retirement from the police. His beautiful wife and children are warming up to celebrate him for being a good husband and father. Family and friends aren’t left out of the planning either.

He attended several courses within and outside the country, including Crime Investigation Course at the Police Staff College, Jos, and Developmental Course at Kofi Annan Centre for Peace Keeping, Accra, Ghana. He is also a fellow of National Defence College, Abuja. Furthermore, before his recent elevation as DIG, Lakanu had served in various capacities in the service as AIG Federal Operations, Force Headquarters, Abuja; Commissioner of Police in Imo and Ekiti States; Commissioner of Police Airport Command, Lagos; Principal Staff Officer to the IG (Force Headquarters Annex, Lagos), among others. He was also the Assistant Inspector General of Police in charge of Zone 7 Headquarters, Abuja, comprising the Federal Capital Territory (FCT), Niger and Kaduna States.

A celebrated crime fighter, Lakanu, who is also the Akogun of Lagos State and the Onwa Na Etiri Oha (the moon that shines) and Agu-na-echemba (the lion that guides the town) of Imo State was once described by his host governor in Imo, Chief Rochas Okorocha, as the long-awaited divine messenger sent by providence to rid the state of criminals. It was also learnt that wherever he found himself, Lakanu has done his best to restore the lost glory of the police. From the time he enlisted as a Cadet Assistant Superintendent of Police (ASP) in 1986, he has risen through the ranks, holding positions in operations, investigations, and administration.

Lakanu was a leading member of the Special Anti-Robbery Squad (SARS) that ended the reign of the dreaded bandit, Shina Rambo in the 80s. He served as a Personal Staff Officer (PSO) to an Inspector General of Police. He was recently celebrated at an award ceremony organised by Security Watch Africa in Houston, Texas, USA. He was named as the Most Outstanding Crime Fighter in West and Sub-Saharan Africa. Lakanu is loved by the people as well as Journalists. In Nigeria today, he seems to be the most popular police officer. His other activities include; leading Special Forces to Kaduna where he quelled the crisis which earned him a commendation from the governor, Malam el Rufai, who praised his leadership qualities and operational experience.

He was in Ekiti and survived the holocaust there. In Imo he excelled and the high point of it was the supervision of the killing of the most notorious kidnapper in the South-east and beyond, Vampire. This led to his being nicknamed as the “messiah” and he was bestowed with two chieftaincy titles as “Onwa natili oha of Igboland” and “Agu-na-echemba” of Imo State. 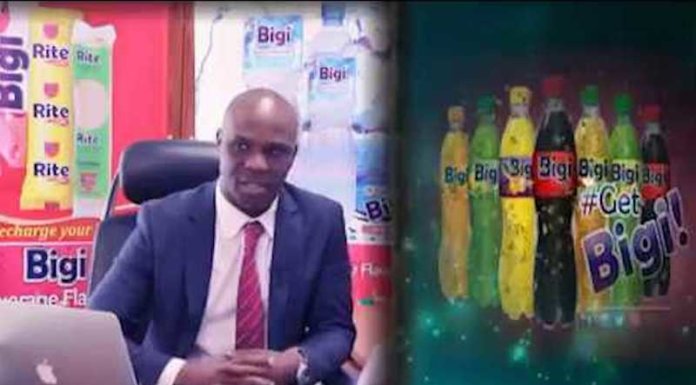