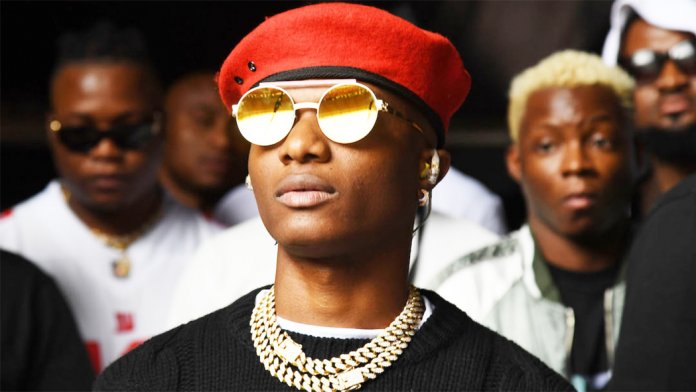 Superstar Musician Wizkid, (Ayodeji Balogun) has, after weeks of keeping his fans waiting, dropped the second single off his forthcoming “Made In Lagos” album. The new song, “Joro” was released with the visuals on the eve of Nigeria’s 59th Independence Day celebration on Monday. Joro was first announced sometime in May, and then in June 2019 but was not released then.

The track was promised severally after then but to no avail as he continued teasing his followers with other songs but to the surprise of fans, Wizkid released a different song Ghetto Love which according to reviews performed below expectation. With his last song not being as popular, Starboy then released Joro, his most anticipated single of the year.

The track sees the Nigerian Starboy delivering his signature vocals over a head-nodding mid-tempo beat produced by Northboi, producer of his 2018 hit song, Soco. “The lovely new piece of music already has a video dropped and we love the tune as it reminds us of the Star Boy we used to know,” remarked a follower. Subtly pronounced in the Joro song is the afrobeats flavour in it.

In the song Wizkid is heard telling a supposed lover in the first verse of not wanting to lose her anytime soon.

“I don’t wanna, lose you this time

I will never, no time

Your love dey do me one time

Show me how you feeling this night

Your love dey do me this night, yeeaahh”

The accompanying Joro music video follows Wizkid and UK actress/model Georgia Curtis as they both dance separately across candle-lit rooms, hair salon and the streets of Lagos. The English actress impresses with her superbly seductive dance moves. The video has fast hit over a million views already on Youtube. Joro premiered on Ebro’s Apple Music Beats 1 radio show. It follows the recent release of Starboy’s first solo single of 2019, Ghetto Love.

With Ghetto Love surpassing a million streams on Spotify, in less than 24 hours, the new single Joro appears the hottest song in Nigeria’s iTunes and Apple Music. The single off his “Made in Lagos” forthcoming album is breaking records in US, Israel and Nigeria. Earlier this year, Wizkid’s kept busy with big features including Brown Skin Girl with Beyoncé on Lion King: The Gift; I like with Kojo Funds; and Dis Love with DJ Spinall and Tiwa Savage.

In September, the Starboy Entertainment boss kicked off his album campaign with the launch of Gheto Love single and video. Wzkid has had a tremendous career run with three solid albums, and countless hit singles that have kept the dance floors and airwaves banging.

Wizkid continues to release new songs and is working towards the release of his fourth studio album, targeting a launch date in the final weeks of October or the early weeks of November 2019, according to a statement from Sony Music/RCA Records. Official release timeline will follow. He will be headlining BBC’s 1Xtra Live Festival on October 5th. Wizkid will also be headlining 1Dance Africa 2019, Australia’s first-ever Afrobeats Festival, on October 11th in Sydney and October 12th in Melbourne.

He also begins his own Starboy Festival tour run on October 18th in Manchester and follows up with dates in London at O2 Arena on October 19th and Paris on October 26th. Songstress Tiwa Savage will join Wizkid for the Manchester date. Earlier this summer, the sensational act made history on Spotify as the first African artiste to reach eight million monthly listeners on the streaming platform.