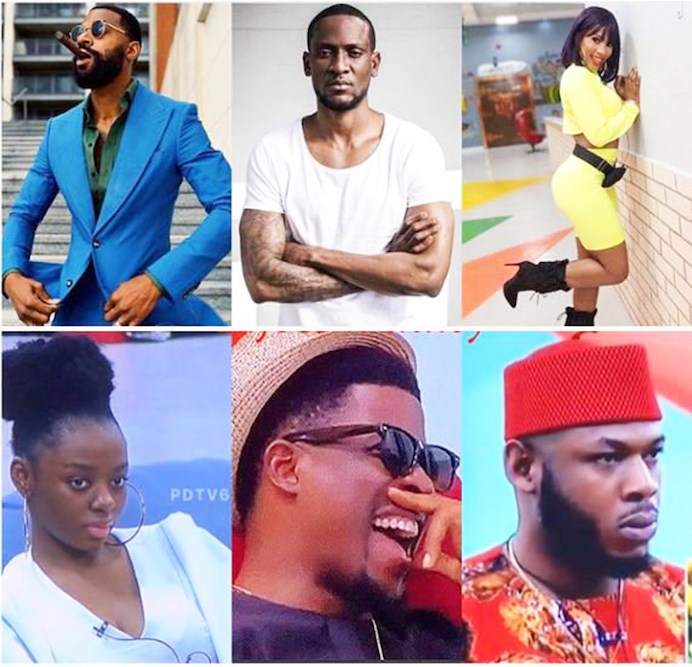 Well that is the question on the minds of viewers as the most watched reality television show ends tomorrow, 0ctober 6. Final voting for this edition closed yesterday. Tomorrow will reveal the luckiest housemate to be crowned winner of the Big Brother Naija Season 4. Ferdinand Ekechukwu reports

At the last hours of the competition, the last five housemates recorded an increase in their fans support base as observed on social media. Apart from Diane who left the house on Monday, one of the remaining five Pepper Dem Gang will emerge winner of the show and take home the grand prize worth N60 million. Diane left the house after being randomly picked out from an unlucky draw. The task of picking Diane to leave was performed by Frodd as the second and final part of the privilege of his Ultimate Veto Power.

Diane and Omashola wrote their names on their gold Bet9ja coins and dropped it in a Jmagic hat with the rest of the coins leaving Frodd with the final Ultimate Veto job of picking which housemate to go home through an unlucky draw. It was a tense moment in the house as Frodd reached into the sac picking again and again till he eventually picked Diane. But before the process started, a few of the Pepper Dem Gang were assured of their presence in the finale.

Seyi, by virtue of winning the Head of House the previous week, secured a spot for himself in the finale. The immunity Mercy bought got her sitting pretty in the finale while Mike’s public save during the live eviction show guaranteed him a spot in the finale. Diane and Omashola were the only two left without a guarantee so the decision had to be made between the two of them on who will bid the house goodbye.

With her eviction left Mike, Mercy, Frodd, Omashola and Seyi as the last housemates who have survived all the twists and turns of this season. Out of the 26 housemates that began the journey about three months ago pruned to 10 in the week that was, then the figure dropped to six following the surprise eviction of Cindy, followed by Elozonam and Ike last Sunday. Tacha got eradicated.

The show which initially started with 21 housemates, saw the inclusion of five more housemates four weeks after and now, 20 evictions and 1 disqualification, left with Frodd, Omashola, Mike, Mercy and Seyi who all stand equal chances of winning the grand prize. That aside, this edition appears the spiciest and most controversial since the emergence of the Big Brother Naija, perhaps a justification that this season lived up to its theme, “Pepper Dem”.

Already the last six housemates in a way are all winners having stayed till the last week of the reality television show. After 13 weeks of drama, twists and turns, emotions and tasks, whoever gets the winner automatically rides on a new vista of endless opportunities in his quest for fame and bigger prospect that comes with the platform given the exposure. A final look at the brief of the last five suffices.

Oluwaseyi “Seyi” Awolowo has had many highs and lows in his three decades of existence. The bubbly entrepreneur once tried to commit suicide but has since risen above that dark period of his teenage years and has turned his life around. He is committed to his journey of self-acceptance, his girlfriend and his beliefs. He demonstrates the latter with a “Jesus’’ tattoo across his arm. Seeing his own face on a billboard for the first time is one of the highest moments of his life so far.

Mike Edwards is a husband, CEO and athlete who does not know how to quit. The highest point in his life was the day he got married to the love of his life. Mike owns the first black-owned cigar line in the United Kingdom and he’s also a professional athlete. The lowest point in his life was when he was banned from representing Nigeria at the 2018 Commonwealth Games. He’d still come to the Big Brother Naija house even if he had a million dollars because he never backs down from a challenge.

Chemeka Frodd Okoye is a soft-spoken Investment Adviser and Sales Executive from Anambra State. The 28-year-old believes family is everything and that’s why he lists paying for his mother’s surgery bill as one of the proudest moments of his life. He says nothing can make him quit Big Brother and even if he had a million dollars, he would still participate in the game because “the experience can never be bought.”

26-year-old Mercy Eke is a video vixen and businesswoman based in Lagos. She loves cooking, swimming, travelling and dancing. No matter the setbacks, Mercy always picks herself up and does her best.

“I’m grateful for each and every day. Being alive today is already the highest point of my life”.

When she’s not dancing, singing or rapping, Mercy makes time to enjoy her favourite food: white rice and pepper soup. If she had a million dollars in her account, would Sugar still be in the BB Naija game? “Yes, I would. I want the fame. The popularity is very important for my business”.

Model and entrepreneur Omashola is originally from Delta State, but now calls Lagos home. He loves playing basketball, cooking and “being in the water, even though I can’t swim”. Putting his life’s motto “If you want it, go get it – don’t just sit down” into action this year, Omashola got down on one knee and proposed to his girlfriend. But the worst happened; she turned him down! Now single and focused on building his brand, Omashalo comes into the Big Brother Naija house ready to make his dreams come true. 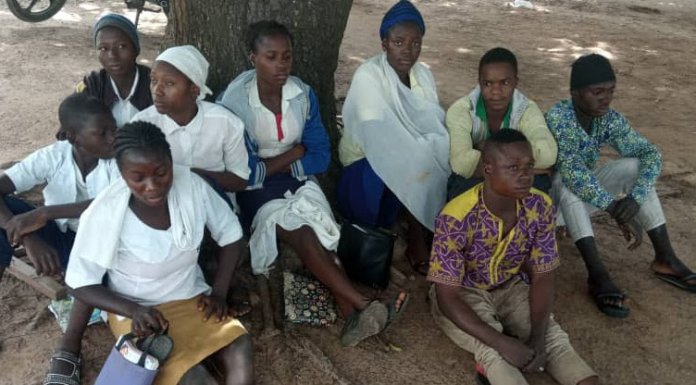 Vanishing Labours of Heroes Past