The Architects Registration Council of Nigeria (ARCON) has called on all state governments to adopt Architects Project Registration Number (APRN) initiative, as a means of stemming building collapse.

The council made the call recently in Lagos during Lagos State Emergency Management Authority’s (LASEMA) stakeholders’ meeting on issues of building collapse and how to address it.

President of ARCON, Arc (Sir) Dipo Ajayi urged Lagos and other state governments to adopt its APRN initiative, which among others was introduced to checkmate collapse building.

He cited Ita Faji, a slum community in central Lagos, as an example of the government’s inability to enforce appropriate laws.

He said, “When it comes to building collapse, the government is guilty by 80 per cent. If you go to Ifa Faji and the environ, some of the buildings there were made with brick and mortar and people still lease and build on those houses, some of which are as old as 100 years.”

ARCON’s Registrar, Arc. Murnai said APRN is a system, which is a mandatory registration number to be issued to all architects practicing in Nigeria, for each of their projects.

The Registrar explained that the special tags were “to certify that these projects are designed, handled and executed by Nigerian citizens fully registered to practice in Nigeria,” adding that it was designed to check incidences of building collapse.

He said incidences of building collapse in Nigeria, “clearly shows that developers and various institutions, hire unregistered persons posing as architects/consultants (quacks) and foreigners to carry out projects in Nigeria, thereby subjecting the unsuspecting public to great risk, that ultimately results in loss of life and property.”

He said, “while the APRN is intended to combat the scourge of building failure and collapse through the elimination of quackery, it is also to ensure that only fully registered and financially current architects/architectural firms prepare, produce and submit designs for planning/implementation approval and receive such approvals when they are given.

“Architects and architectural firms who are registered with the Council are to submit architectural building plans for approval/implementation and are responsible for the supervision of their designs.

The APRN, he said, serves as a layer of quality assurance regarding the quality of the built environment, and that it would lead to total elimination of quacks, noting that, the initiative is operational in the Federal Capital Territory, Abuja.

Other benefits of the initiative, according to Murnai include ensuring that foreign architects work in proper partnerships under Nigerian architects and ensuring copyright protection of the architect’s work and eliminate plagiarism.

It would also enable the compilation of statistical data on the Nigerian building industry for national planning, entrench high standards of professional practice to enhance our global competitiveness and ensure that architects are also responsible for the supervision of their designs.

Dr. Oluwafemi Oke-Osanyitolu, LASEMA’s General Manager, who chaired the meeting, said the gathering, which was in line with the cardinal programme of Governor Babajide Sanwo-Olu of Lagos State, could not have come at a better time.

He said though, the menace was a challenge nation-wide, Governor Sanwo-Olu, was poised to putting an end to the challenge; hence, the Authourity had rallied stakeholders, particularly, within the building industry to the parley.

The Building Collapse Prevention Guild, an advocacy group of building construction professionals, had recently revealed that 36,000 potential collapses were waiting to happen in Lagos alone.

The President of the BCPG, Mr. Akinola George, said this was because many of the buildings in Lagos State were old and not constructed by the people who are properly trained to do so.

“A survey revealed that over 45,000 sites existed at a time in Lagos State; 20 per cent of this figure translates to 9,000. Hence by deduction, quacks and other faceless characters by whatever names called are responsible for the remaining 80 per cent. A whooping 36,000 potential collapses are waiting to happen,” he had stated.

The Lagos Chapter Chairman of the BCPG, Adeyinka Ogunseye, who was present at the meeting, said the government should urgently address the problem of distressed buildings. 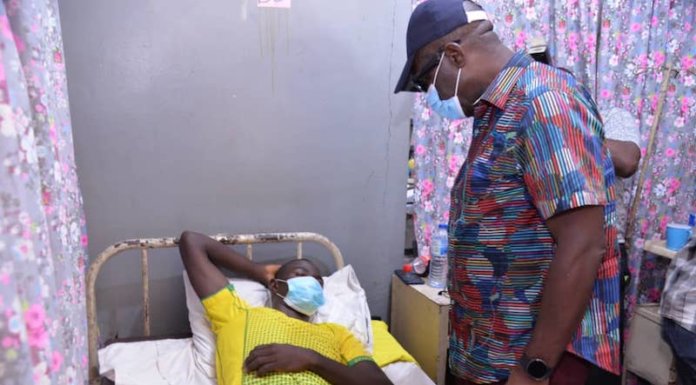