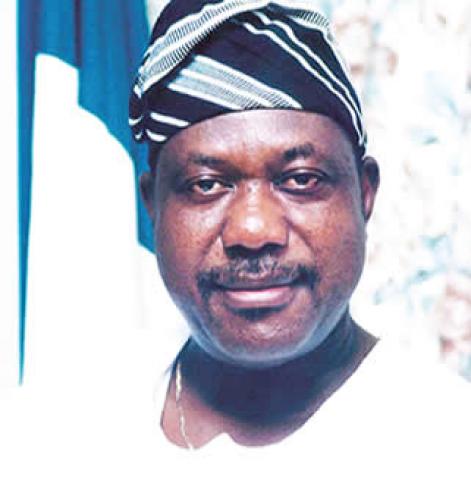 In a surprise move, the Minister of Special Duties, Senator George Akume has appealed the judgment of the National and State Houses of Assembly Election Petition Tribunal against his petition challenging the emergence of Emmanuel Orker-Jev as Senator representing Benue North West.

In the petition filed on September 24 at the Court of Appeal, Makurdi Division, Akume,  who represents Benue State in the Federal Executive Council in the current administration is asking the appellate court to set aside the decision of the tribunal and return him as winner of the senatorial district election.

The Independent National Electoral Commission (INEC) had declared Orker-Jev of the Peoples Democratic Party (PDP) as winner of the February 23, 2019 election, having scored majority of the votes cast at the election.

However, Akume and his party, the All Progressives Congress (APC), alleging irregularities and substantial non-compliance with electoral provisions and guidelines had approached the tribunal to upturn Orker-Jev’s victory and declare him as the substantive winner.

Other respondents in the petition with number EPT/BN/S/09/2019 include the PDP and INEC, who are second and third respondents respectively.

Delivering judgment in the petition on September 11, the three-man panel led by Justice RO Odugu, held that the petition lacked substance and accordingly dismissed it for being incompetent and lacking in merit.

The tribunal said that the petitioners failed to prove in ground two of their petition that the election was marred by irregularities and non-compliance with the Electoral Act 2010 as amended.

Another ground upon which the minister is seeking the setting aside of the tribunal’s judgment is his claim that the panel erred in law when it relied upon technicalities to dismiss the petition for being incompetent.

According to Akume, the failure of the panel to do substantial justice in the petition occasioned a grave miscarriage of justice.

Specifically, the appellants in grounds three of the appeal submitted that the tribunal erred in law when it held that the evidence of RW7 (the star respondent’s witness) was destroyed during cross examination and dismissed the petition on the grounds that there was no contrary evidence before the tribunal.

The appellants in ground 4 also faulted the tribunal when it held that the petitioners did not lead evidence by calling witnesses polling unit by polling unit to show that the first respondent was not elected by majority of lawful votes cast in the February 23 senatorial poll.

He is therefore, among other things, praying the Court of Appeal to grant the reliefs sought in the appeal: “An order allowing the Appeal of the Appellants. An order setting aside the entire judgment of the trial tribunal except the part of the judgment which held that ‘ Appellants were not outside the law in the issuance of Pre: hearing notice in respect of the third respondent.

“An order that the Appellants be retumed as the winner of the election held in the Benue North-west Senatorial District ‘having scored the highest number of vaiid votes cast. ‘

“In the alternative, an order nullifying the election conducted on February 23, 2019 in the affected Polling Units, Wards and Local Government Areas in dispute and in their stead to order for the conduct of rerun between the appellants and the 1st and 2nd respondents.