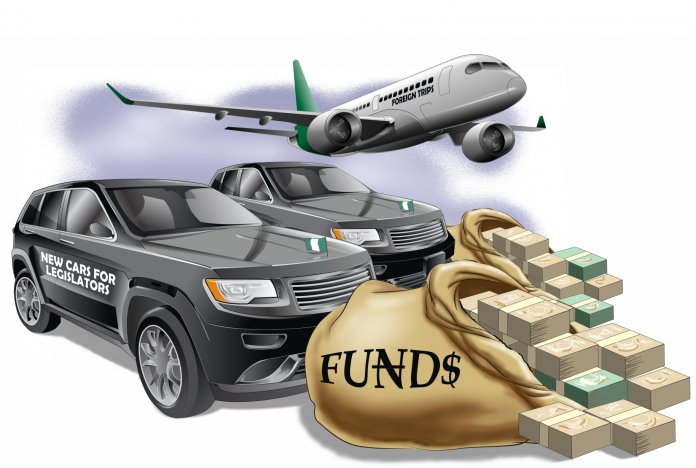 Government cannot afford to be spending money it does not have

Since the return to democratic rule in 1999, Nigerian public officials have cultivated the wasteful habit of undertaking frivolous foreign trips under one guise or the other. But perhaps the most egregious is the convergence in New York, United States, every September by governors for the United Nations General Assembly to which they are neither invited nor have any role to play. The indices of poverty across the country make it difficult for us to understand the recklessness that drives this annual jamboree. A simple calculation of travel cost for the governors and aides, their accommodation, feeding and allied expenses show that it is a colossal waste of public funds.

No matter the spin from government officials, emerging facts suggest that the nation’s finances and the economy are already in dire straits. While there is nothing wrong for a country to face temporary economic setback so long as the managers are capable and indeed able to fix it, what is tragic is that we continue to live in denial with public officials wallowing in profligacy. As things stand, there is no rational justification for deploying about 80 per cent of our annual national budget on recurrent expenditure, and about 60 per cent revenue on debt service. In many of the states, the ratio is far worse.

Unveiling the 2020-2022 Medium Term Expenditure Framework (MTEF) and Fiscal Strategy Paper (FSP) recently, the Minister of Finance, Budget and National Planning, Mrs Zainab Ahmed revealed that there would be a spike in personnel cost (including pensions cost) from N2.45 trillion in 2019 to over N3.4 trillion in 2020 due to the recent decision of the federal government to create five new ministries. This new personnel cost is yet to be factored in when the full implementation of the new minimum wage rolls off the ground. Although the federal government recorded a N3.86 trillion revenue in 2018, it expended N5.86 trillion on recurrent expenditure, meaning that N2 trillion was borrowed to fund recurrent expenses. Meanwhile, recurrent expenditure is expected to increase from N4.3 trillion in 2019 to N4.7 trillion in 2020.

We are worried that while government revenue continues to dwindle, there is no conscious effort to cut down expenditure on the recurrent side either by the federal government or the 36 states. Nothing speaks to this rather disturbing scenario than the increase in the number of ministers from 37 in the first term of the Buhari administration to the current 43. In the states, governors are still appointing hundreds of special assistants with no specific job functions.

To compound the challenge, transparency and accountability in ministries, departments and agencies (MDAs) are at the nadir as official corruption is still high. The audit report for 2016 recentlyreleased by the Office of the Auditor General for the Federation is very instructive. The number of government agencies that have failed to subject themselves to scrutiny under the present administration has doubled.

It is unacceptable that amid a debilitating revenue squeeze, governments at all levels have continued to revel in financial recklessness. What, for instance, would justify the N5.5 billion being earmarked by the National Assembly to purchase exotic cars for its members at this period? Why should the Federal Executive Council (FEC) continue to preside over the award of contracts when the Bureau of Public Procurement (BPP) Board should have been constituted to play its statutory role?

The federal government had in 2016 announced with fanfare the creation of an Efficiency Unit (EU) in the Ministry of Finance to eliminate waste and corruption in procurement processes. That unit appears to have become irrelevant since its pioneer head, Ms. Patience Oniha moved to a higher calling as the Director General of the Debt Management Office (DMO). Yet a nation that spends more than it generates to sustain civil servants and public officials is surely on a journey to perdition.

We hope the authorities at al levels will move quickly to steer the ship of state out of this rather dangerous trajectory.

Quote
We are worried that while government revenue continues to dwindle, there is no conscious effort to cut down expenditure on the recurrent side either by the federal government or the 36 states