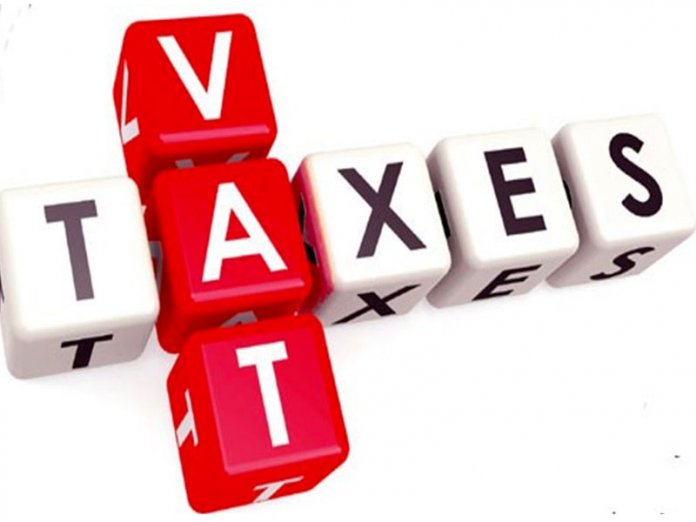 After failing woefully to effectively tackle insecurity/smuggling, the federal government suddenly decided that the solution was to shut all land borders with neighbouring countries. So, all borders have been shut since August 21. When did severing the head become a solution to unending headache? Well, that was precisely what government did with the closure of land borders. The pains are miles ahead of the limited gains. For example, rice is still smuggled into the country daily. Closure of the formal borders only means the smugglers will follow longer routes, with higher cost. This is why the price of rice has skyrocketed. The smugglers simply pass the extra cost to Nigerian consumers. So who is feeling the pains? Certainly not the smugglers.

As for illegal arms and ammunitions, those who smuggle them in don’t even follow the shut border posts. Most illegal arms come in through illegal land routes and the sea ports. This is why armed robbery, banditry and terrorism are on the rise. What has to be fixed is our failed leadership; not shutting of land borders.

Those feeling the pains of the current border closure are the people involved in legal trans-West Africa businesses and Nigerian consumers. I often wonder if the federal government is unaware that there are Nigerian factories that produce for the West African markets. The goods are transported by land to these countries. These Nigerian companies pay taxes and earn forex for this country. They are the ones now hindered from doing their legitimate businesses by this pointless border closure. Hundreds of trucks of such legitimate businesses are stranded at the borders.

The indefinite closure of our borders is evidently hurting the Nigerian economy and massive legal cross-border economic activities. Just as the President of the Lagos Chamber of Commerce and Industry, Mr. Babatunde Ruwase, remarked early this week, the closure will not serve as solution to smuggling. Rather, it will result in pains for Nigerians as we are witnessing at present. Already, the prices of food predominantly imported through land borders are on the rise. Small business owners plying legitimate trade across the borders are gasping for breath. Nigerian manufacturers exporting to West African countries are being hindered. We should be thinking about expanding trade to countries within the West African sub-region, instead of shutting our borders.

I have heard some people say that shutting out imported rice will encourage local production. First, government has not banned the importation of rice. The rule is that imported rice must come in through the ports. Even with this, the price per bag has doubled within four years. If the land borders are closed from now till eternity, local producers will still not be able to meet demands and prices will still be on the high side. Apart from the difficulty of meeting local demands, this country lacks comparative advantage in the growing of rice. The yield is lower compared to that of countries like Thailand. This is why the price is on the high side here. We should leave rice alone and concentrate on crops we have a comparative advantage in producing like cassava and yam.

On the flip side, another unfriendly policy set to inflict pain on Nigerians is the approval to increase Value Added Tax, VAT, from 5 per cent to 7.5 per cent. An economy in recession like ours can’t be raising VAT. This is tax on consumption passed to consumers. It is capable of reducing consumption and production will ultimately drop. In a country where millions have lost jobs and those with jobs are struggling to survive, an increase in VAT is the least expected.

Besides, all the benefits of the minimum wage increase will be neutralised by the 50 per cent rise in VAT. The Director-General of the Nigeria Employers’ Consultative Association, NECA, Timothy Olawale, captures it appropriately thus: “Increase in VAT will further reduce the purchasing power of the citizens, leading to increase in prices of goods and services, resulting in upward movement of the inflation rate, and further contraction of the economy. Since the purchasing power of the citizens would be reduced, sales of goods and services would reduce and inventories for business would be high. This could lead to closure of businesses that ought to be supported by government in reducing the alarming unemployment rate in the country.”

In a depressed economy like this, I expect a government seeking to increase its revenue to focus on getting more people into the existing tax basket; not a VAT increase. All those behind the proposed VAT increase are enemies of the people. I sincerely hope those sent to the National Assembly by the people will stop the Executive from implementing this draconian VAT increase.

I have never seen any decent society where these kinds of charges are imposed on people for withdrawing or depositing their money. These are added charges to the burden that customers already stomach. Ours is truly a confused system. It is absurd justifying the decision to penalise cash depositors. I thought our CBN Governor, Godwin Emefiele should know that people will simply open multiple bank accounts for cash transactions. Besides, the CBN is aiming at financial inclusion, yet, it is discouraging people from taking cash to the banks. For me, this policy is ridiculous and will not in any way promote cashless transactions. The CBN should concentrate on proactively promoting the use of cashless platforms for deposits and withdrawals instead of this measure that will be counterproductive.

Boko Haram and the Courage of Jaha, Monguno

It was heartwarming seeing two federal lawmakers from Borno State getting up to say a bit of truth about Boko Haram and the territories they control in their state. Mohammed Tahir Monguno and Ahmadu Jaha opted out of the club of heartless and deceitful Nigerians. They decided to join the few telling the government the fact about the sagging war. Monguno, who sponsored a motion of urgent national importance on Tuesday, said eight local government areas were under the control of the terrorists. Corroborating Monguno, Jaha gave graphic details of how Boko Haram had taken control of areas in his constituency, saying that more needed to be done to motivate soldiers on the frontline so as to win the war.

Jaha added: “The truth of the matter is that a substantial number of locations in Borno are still under the occupation of Boko Haram whether we like it or not.”

The biggest drawback to the war against Boko Haram is the persistent fabrications that the terrorists had been defeated and no longer control any territory in Nigeria. I always quiver whenever I hear President Buhari and his cohorts echo this dubious line. The truth that must be told is that many local government areas in Borno State are controlled by Boko Haram. The terrorists run a government and collect taxes in these areas. As at press time, I can confidently report that 22 out of the 27 local government areas in Borno State are either fully or partially controlled by the terrorists. Military sources corroborated this.

The guerrillas are roaming freely in many areas in Borno State, after successfully dismissing military bases in these places.

Residents are so frightened to return to their homes; this is why the IDP camps in Maiduguri are overflowing. The military inadvertently advertises that the terrorists are alive and kicking. The hand writing is always all over the press statements they issue. A technically defeated Boko Haram keeps drubbing our soldiers, military formations. Our gallant soldiers are doing their best but lack the capabilities to end the war. Boko Haram is growing stronger daily, with better equipment. Over 27,000 Nigerians have been killed by these terrorists in 10 years.

Going forward, this government has to accept the fact that the war against Boko Haram is beyond the capabilities of our gallant soldiers. The leaders of the military have failed the soldiers on the war front by denying them quality equipment and welfare. Technology, quality equipment and quality manpower will be needed to destroy Boko Haram. The way forward, as I had persistently suggested, is to engage mercenaries for this war against Boko Haram. The strategy for getting result against Boko Haram is largely through aerial power. It requires quality fighter jets, quality armoured attack helicopters. Our military lacks the capacity for these. We must hire mercenaries to finish this war. This is the way forward if President Buhari is genuinely interested in ending this fratricidal conflict.

Rogue P&ID is Falling Down

The bid by the rogue British firm, Process & Industrial Developments (P&ID) to reap where it did not work is finally collapsing like a pack of cards. The firm with scoundrel eye fixed on a dubious $9.6 billion arbitral award arising from a sham gas contract has now been cut to size by a British court, following the proactive response by Nigeria. The bogus dream is now dying. All the false noise that it was set to seize Nigerian assets in Britain has died down. Last Thursday, the court granted Nigeria a stay of execution of the award and leave to appeal against the award/enforcement of the judgment. All the noise that the award was a fait accompli has been shattered. Just as I indicated in earlier post, the blare was aimed at stampeding the Nigerian government.

The biggest factor working for Nigeria now is the facts and figures to show that P&ID bribed to fix the questionable contract. There is evidence of two bank transfers by P&ID, amounting to $20,000, to a former Director, Legal Services of the Ministry of Petroleum Resources through Allied Irish Bank. The contract is rooted in corruption and procedural circumvention and can’t stand. The conviction of P&ID local affiliate for sundry crimes also supports the fact that the contract was a scam. This is what we should now formally challenge in court.

Now, P&ID is on the defensive. Nigeria has launched a bid for the extradition of the co-founder of P&ID, Brendan Cahill and the son of the late founder, Adam Quinn, over their roles in the scam. These guys have murdered sleep. They will not sleep again. Kudos to AGF Abubakar Malami and his team.