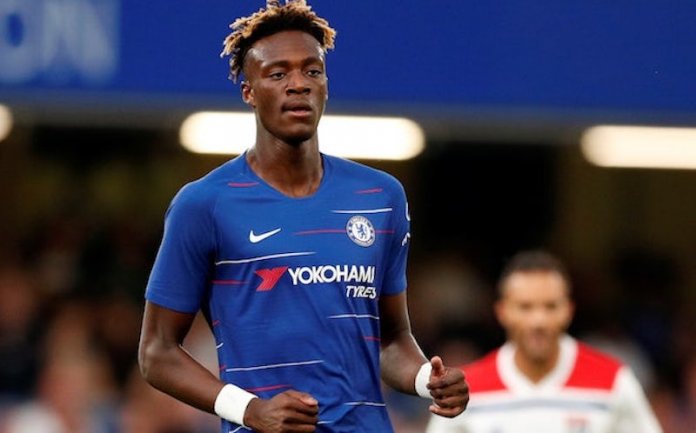 * England, Canada wait in the shades to cap them at senior level

As Nigerians are clamouring for invitations to be extended to Chelsea stars, Tammy Abraham and Fikayo Tomori, former Super Eagles and Barcelona winger, Emmanuel Amuneke has called for caution, insisting that Abraham in particular should be critically examined in view of options available to the national handlers.

Abraham has been the major talking point of the new English Premier League season since his impressive goal-scoring form for Chelsea, where he has netted seven goals in six games.

Although both Abraham and Tomori have played age grade competitions for England and Canada respectively, the are both qualified to play for any country of their choice since none of them have been capped in competitive tournaments in line with FIFA rules.

But Amuneke who led Tanzania to the last AFCON 2019 in Egypt before he was relieved of the job due to the inability of the Taifa Stars to go beyond the group stage, insisted that trying to lure Abraham to play for Nigeria in the Brazil friendly in Singapore next month appears hasty.

The AFCON 1994 winner /Atlanta ’96 Olympic gold medalist told Soccernet.ng Coach Gernot Rohr to focus on building the confidence of other strikers such as Victor Osimhen and Henry Onyekuru before extending an invitation to Abraham.

“At this point in time, it will be a distraction for the team if the Nigeria Football Federation and the Super Eagles Technical Adviser, Gernot Rohr continue to focus their attention on Chelsea forward, Tammy Abraham.

“Yes, Abraham has shown that he’s a quality striker going by the number of goals he has scored for Chelsea this ongoing season. However, trying to lure him to play for the Super Eagles against Brazil when he has not made up his mind won’t be the best choice at the moment.

“Besides, Victor Osimhen has been impressive for his club, Lille in the Ligue 1, scoring goals at will. He should be encouraged and not be distracted.

Just at the weekend, Tomori admitted his willingness to play for any of the three countries that wants him for their senior national teams.

England, Nigeria and Canada are the three countries tussling for the services of the Chelsea centre-half’ due to his impressive displays for the Blues.

England Manager Gareth Southgate have Tomori on his radar.

Tomori, who was born in Canada to Nigerian parents, but the family moved to Gravesend when he was a baby, had played for Canada’s Under-20 team and for England’s Under-20 and Under-21 teams.

Tomori is non-committal at present and said: ‘I’m a citizen of all three (countries) so we’ll see. I was born in Canada and lived there about seven or eight months old. My family is Nigerian, obviously I live in England. It’s nice to have that. I can’t play Under-21 football anymore so the last international break I didn’t get called up to anyone. Next one maybe we’ll see,” observed the Chelsea lad.

His manager at Chelsea, Frank Lampard has tipped him to be good enough to make the cut for England but insists he won’t try to influence his decision.

He said: “We will not relent in our quest for good players to play for the country.

“But these kids are very independent-minded.

“We have been told to wait until April 2020, when he (Abraham) hopes to make a final decision on the matter.

“I told him he stood a better chance of playing regularly for Nigeria than with England,” concludes Pinnick who was at Stamford Bridge to watch Abraham at work recently.