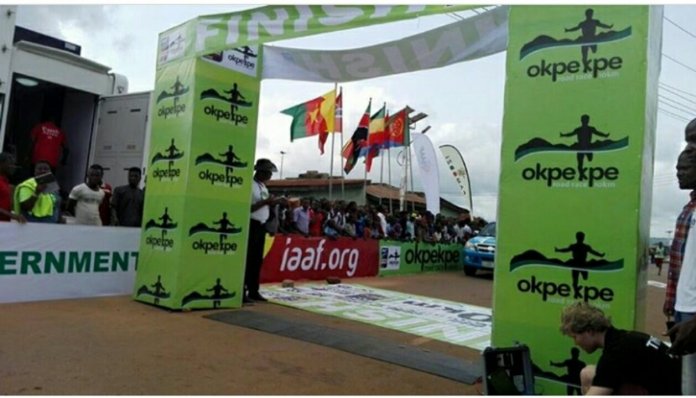 Sheila Chelangat, the women’s 10km winner at the seventh edition of the IAAF Silver Label Okpekpe International 10km Road Race held last May tops the list of four women Kenya has listed to compete for the three medals on offer in the 5000m event at the IAAF World Championship which begins in a fortnight in Doha, Qatar.

Chelangat who holds a personal best of 30:55 in the 10km race face a herculean task trying to stop compatriot, Helen Obiri from defending the 5000m title she ran 14:34.86 to win two years ago in London.

The reigning Okpekpe champion is yet to break 15 minutes so far this year while Obiri tops the world list for 2019 in the event with the 14:20.36 she ran last July in London.

Chelangat, who holds a personal season’s best of 15:00.61 will not be the only athlete in Doha who has come to Nigeria to run in the historic Okpekpe race, the first IAAF label event in Nigeria nay West Africa and the only silver label race in Africa in 2019.

Fellow Kenyan, Alex Korio who won the men’s 10km title in 2015 in Okpekpe and was fourth this year (29:17) is also in Kenya’s list of athletes that will compete in Doha.

Korio will compete in the men’s 10,000m event with two other Kenyans who have been charged to return Kenya to the podium as world champion since 2001 when Charles Kamathi ran 27:53.25 to give Kenya the gold.