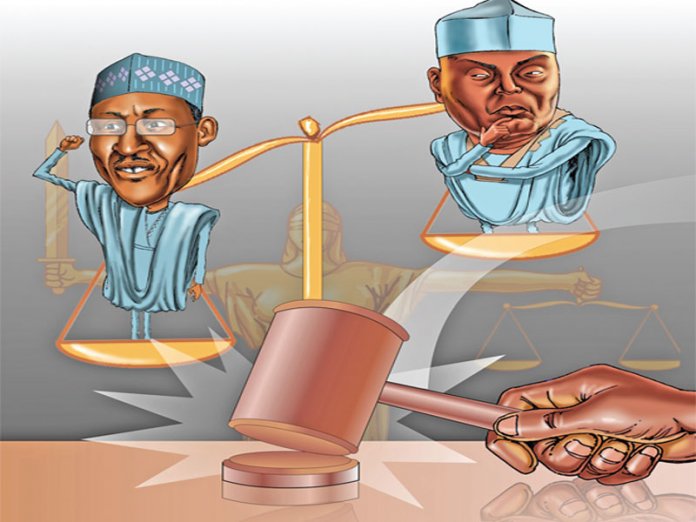 The Presidential Election Tribunal recently delivered its much awaited judgment. The five-man tribunal, chaired by Justice Mohammed Garba, unanimously threw out the petitions filed by the Peoples Democratic Party (PDP) and its candidate, Alhaji Atiku Abubakar, challenging the declaration of President Muhammadu Buhari as the winner of the 2019 presidential election. While the PDP and Atiku have signified intention to file appeal at the Supreme Court, there are hard lessons and far-reaching implications from this judgment.

By far the most significant is that both the 1999 Constitution and the Electoral Act 2010 really have to be retooled. A constitution that in one breath states “…educated up to secondary school” and in another, talks of “being able to read and write…” in the schedule of interpretations, creates more problems than it seeks to solve. Besides, the issue of electronic voting, collation and transmission of results must also be resolved.

The Nigerian experience with democracy has for long been marred by a fraudulent electoral system. Ballot stuffing, manipulation of manually written results, snatching of ballot boxes and compromise of election officials to falsify results had become more of the norm than the exception. The crisis of confidence in the Nigerian electoral system has virtually transferred the onus of determining outcomes to the judiciary rather than the voters. The 2019 general election has recorded such huge harvest of cases – over 1200 of them – lodged with the various tribunals across the country. And to think that the number would have been higher if the five states where elections are off season were part of the process.

Sadly, endless post-election litigations and protracted court processes, appeals and conflicting judgments on election-related matters have infected the judiciary with the massive corruption that has become part of the brand identity of Nigerian politics. The challenge has remained because of the manual nature of voter identification, balloting and result collation in our electoral system.With the deployment of technology, the genuine votes of the electorate will not only be counted under a transparent process, they would also begin to count. Nigeria cannot afford to lag behind, especially when many of our citizens have lost confidence in the extant electoral voting method because of its susceptibility to manipulation.

Without any doubts, adopting this method will help eliminate disputes over electoral fraud and thereby obviate the need for long-drawn litigation. The precedent of the electoral system of various advanced democracies shows clearly that credible elections are made possible by the adoption of the best technologies. Yet, by remaining with the manual electoral system, Nigeria was not being faithful to its rush for modernisation in other spheres of life. In a country whose banking system is easily one of the most technologically savvy in the world, it is anachronistic that the electoral system that empowers the ruling class should remain mired in antiquity.
President Buhari has to worry about the legacy he is leaving behind for the sustenance of democracy. The president has to sign the Electoral Act Amendment into law so that the Independent National Electoral Commission (INEC) can use the off season elections to perfect it before the 2023 general election. If the version already passed cannot stand the test of time as the president once complained, the National Assembly needs to urgently return to the drawing board on the matter and use the opportunity offered by the fresh window to do a more thorough job, and also provide stiffer penalties as deterrence against those undermining and derailing the nation’s democracy. There is a need also to provide more stringent conditions to discourage frivolous litigations over outcomes of elections.