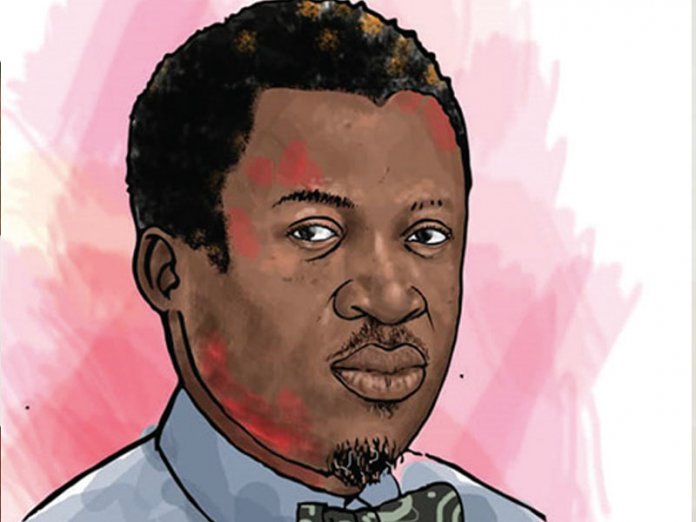 The Founder, Duke of Shomolu Productions and Investment Banker, Joseph Edgar would be disrupting the scene once again with his explosive new play, Aremu.
Written by a Professor of Theatre Arts and Former Director-General of the National Troupe, Ahmed Yerima, Aremu is a drama based on the life and times of one of the most influential Former Presidents of Nigeria, Chief Olusegun Aremu Obasanjo.Coming on the heels of his play Emotan which would be showing this October in Benin, Edo State during the upcoming NAFEST, Aremu is expected to consolidate the Duke of Shomolu Productions in the exciting Nigerian theatre space.

Aremu will take the audience through the humble peasant heritage of General Obasanjo; celebrating his triumphs and struggles as he builds some of the most enduring legacies in modern day Africa. William Benson, the gifted theatre director will be returning after his box- office hit, Oba Esugbayi last December to tell this Aremu story using some compelling songs and dance routines guaranteed to leave the audience in awe of the dramatis personae. Chief Obasanjo has praised this project which will premiere in Abeokuta during festivities to mark his birthday next March and from there begin its three-year run through three continents.

According to Edgar the Executive Producer, one million people are expected to see Aremu globally and the story will not only celebrate the very colourful life of this statesman, it willstrengthen some of the values that he has spent all of his life propagating.

The project parades a brilliant technical team including Ayo Aderinwale, Deputy Chief Coordinator of the Olusegun Obasanjo Presidential Library who will double as the co-Executive Producer; actress and theatre Personality BikiyaGraham Douglas; the veteran actor, Yemi Shodimu who would be playing a lead role and Ibi Sofekun, Former Managing Director of the Ogun State Printing Press will serve as the technical director of the theatre production.